How Did Pakistan Come To Accept For Eleven Years The Draconian Laws And Ordinances That Gen Zia Promulgated During His Rule?

Recently, when social media in Pakistan exploded, condemning the brutal rape of a woman on the Lahore motorway and the insensitive words used by Lahore’s Capital City Police Officer (CCPO) for the victim, there were also folk who suggested that the punishments for zina (rape and premarital sex) introduced in 1979 by the reactionary Zia-ul-Haq dictatorship, were successful in curbing incidents of rape in Pakistan. It wasn’t hard for those who disagreed with this perception to produce facts and figures to completely negate, in fact, rubbish this claim. 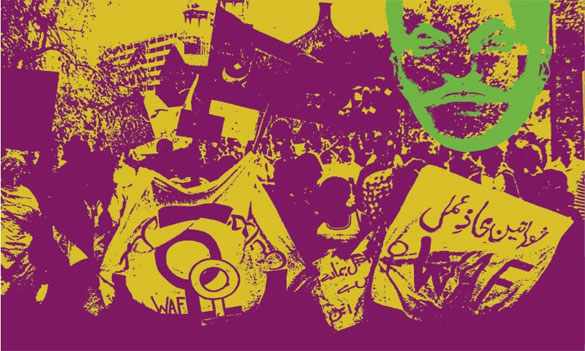 But this piece is not about that. Instead, it is a response to those who were left baffled after learning the dynamics and technicalities of Zia’s laws in this context, and inquired how society had accepted such laws for eleven years — the number of years Zia was in power as dictator (1977-88).

First of all, since women were most affected by these laws, which actually saw scores of them ending up in jail while their tormentors were set free, there was constant resistance from various women’s organisations against Zia. In fact, organisations such as the Women’s Action Forum (WAF) found themselves pushed on to the frontlines of the resistance, after a majority of mainstream political outfits opposed to Zia were neutralised through arrests, long jail sentences, disappearances, torture and exile. 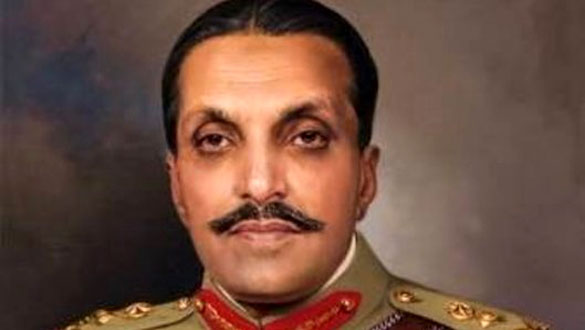 Zia extracted power from above by being part of the military-establishment and through the support that he received from the US and Saudi Arabia. To draw political support from below, he nourished those segments and constituencies that had been developed and activated by the religious parties during the 1977 movement against the Z.A. Bhutto government (1972-77).

One can assume that, had he failed to cultivate support from these segments, he would have struggled to so unabashedly introduce the series of controversial laws that his regime eventually imposed in the name of faith.

Nevertheless, in 1988 when he passed away, he left behind a country wracked by escalating Sunni-Shia strife, the growth of militant sectarian and ‘Islamist’ outfits whose leaders were brought into the mainstream to preach and practise armed jihad, a rise in hate crimes against minority sects and other religions, an onslaught on women’s rights, and a generation of young Pakistanis ravaged by drug addiction, gun violence and embroiled in deadly ethnic and sectarian conflicts.

Corruption in state and government institutions too increased when the regime repealed anti-corruption laws enacted in 1973. Zia introduced ‘development funds’ for members of his handpicked national and provincial assemblies and wrote off bank loans taken by his supporters. Many senior officers of the armed forces and members of Zia’s cabinet were reported to have been involved in the narcotics trade and money laundering scams.

So why did so many Pakistanis go along with the charade of a regime which promised them a ‘new Pakistan’ by claiming that it was going to finally create an ‘Islamic State’ that it insisted was what Pakistan’s founders had been committed to deliver?

An increase in the rate of literacy from 1972 onwards meant that more and more urban Pakistanis were exposed to the writings and theories of scholars operating outside the intellectual and political realm of the ‘Muslim Modernism’ of the country’s founders.

By the late 1970s, they had begun to question the sincerity and feasibility of the modernist project. Because of the impact of the loss of East Pakistan in 1971, many tended to agree with the anti-modernists that the project had been engineered to keep an economic and political elite in power.

An increase in the literacy rate saw young men (and some women) from the country’s small towns and villages furthering their studies in the colleges and universities of the main urban areas. When they arrived to take their place in educational institutions in cities such as Karachi and Lahore, the ethos of their traditional upbringing felt alienated and even threatened by the vocal left and liberal groups on campuses. Consequently, they were embraced by right-wing religious outfits. Many of these students would go on to graduate and settle in the cities and become part of urban Pakistan’s emerging new petty bourgeoisie and trader classes.

What’s more, when these classes came out on the streets during the 1977 anti-Bhutto movement, they were backed by the industrialist and business classes, who were repulsed by the ‘left-leaning’ Bhutto regime. The movement’s slogan was ‘Nizam-i-Mustafa’ (Shariah law). So in Zia’s promise of an ‘Islami Nezam’ (Islamic system) they could identify what they believed was their ‘true heritage’ and calling, whereas the industrialists and the businessmen yearned for a strong ruler who would reset the country’s economic direction back to what it had been before Bhutto’s chaotic ‘socialism.’

According to Riaz Hassan in the anthology, Pakistan at Seventy, an increase in the urban population also had important social and political consequences. A large segment of the increasing population led a precarious existence, subjected to all kinds of hardships. This frustration generated a considerable amount of disillusionment with the modernist governments and their policies of economic and social development.

The persistent insecurity of urban existence over the years resulted in the emergence of various religious movements. The number of mosques in the cities multiplied and, through them, religious influences further permeated social life. This was shaped into a powerful segment and constituency by the religious parties and then nourished and expanded by the Zia dictatorship.

These segments provided considerable support for Zia’s so-called ‘Islamisation’ process. Even though those protesting against Zia’s programmes and laws, especially organisations such as WAF, often managed to embarrass the regime by getting their point of view published in some western newspapers, most human and civil rights activists and political workers went unheard even in the most liberal and democratic European countries.

This was because of the fact that much of the efforts of the media in these countries and of their governments were focused on the civil war in Afghanistan. The US and its allies in NATO largely looked the other way when the Zia regime was using religion to commit open human rights violations and intense political repression.

The most the West was willing to offer at the time was political asylum to those thrown out or volunteering to move out of Pakistan because of the oppressive atmosphere here. For the US and its European allies, Zia was too important an asset to upset in their Cold War against ‘Soviet expansionism.’

These are some of the prominent factors behind the dictatorship’s success in unleashing laws and ordinances which, today, would be almost impossible to enact without being vehemently challenged within and outside the country, even though attempts to retain and re-ignite them are still very much part of  Pakistan’s political playbook.

Original Headline: WHEN THE PAST COMES KNOCKING