Why Condemn An All-Girl Music Band?

Most of us desire to achieve excellence or perfection in what we do. However, each one’s idea is perfection could be selectively different. Some people merely have faith but they fail to translate their plans into action whereas there are others who successfully accomplish their deeds, but lack faith. 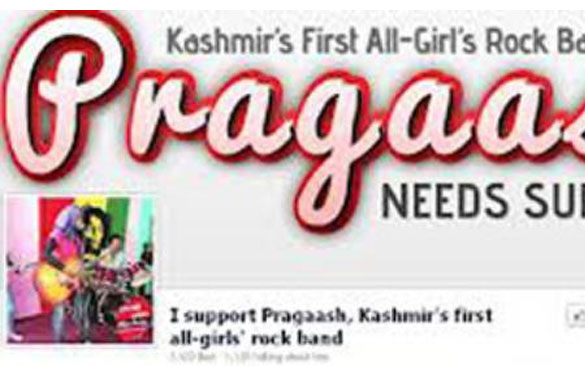 Even when it comes to spirituality, some people desire excellence but why do they go to extremes? Why do we forget that spirituality means a balance of the faith we have and the deeds we do and these are the most important components to reach perfection or as we say, to be closer to Allah.

In Islam, the Arabic word ‘Ihsan’ means ‘excellence’ or ‘perfection’.  It is a matter of taking Iman or one's inner faith and showing it in both deed and action, a sense of social responsibility that comes from religious conviction. Ihsan, meaning "to do beautiful things," is one of the three dimensions of the Islamic faith: Islam, Iman and Ihsan. In contrast to the emphases of Islam (what one should do) and Iman (why one should do), the concept of Ihsan is primarily associated with intention. One who "does what is beautiful" is called a Muhsin. It is generally held that a person can only achieve true Ihsan with the help and guidance of Allah, who governs all things. Ihsan is to worship God as though you see Him, and if you cannot see Him, then indeed He sees you.

So is a true Muslim only someone who goes on pilgrimage? Or the one who condemns singing by a group of women as is happening now?  No, a true Muslim is one of Momin, faith, and every person of faith is a Muslim. Furthermore, a Muslim who believes in all the principles of Islam may not necessarily be a righteous person, a doer of good (Muhsin), but a truly good and righteous person is both a Muslim and a true person of faith.

Righteous deeds are mentioned in the Qur’an right after faith in the capacity of an explanation … In the case of faith the need for its explanation is obvious: the place of faith is the heart and intellect. In matters of intellect and heart, not only can a person deceive others but also, at times, he himself can remain in deception. He considers himself to be a Momin or believer whereas actually he is not. For this reason, two testimonies are required for it: a person’s words and a person’s deeds. Since words can be untrue, one who only professes faith through words is not regarded as a Momin and it was deemed essential that a person’s deeds also testify to his faith. Thus the Qur’an said: “O you who believe with the tongue! Believe through your deeds.”

What does ‘Ihsan’ mean in our lives? It’s how you do small things in a great way, be it your college assignment, cleaning your room, or if your mom tells you to wash dishes, taking your dog for a walk even if it is cold outside, making your bed, finishing your homework on a boring day, getting up on time , eating your dinner even if it is not that delicious…. it is not  just to complete the tasks which we have been given but it is to stop immediately the negative reaction we are so accustomed to showing, and to take these things positively and do it with good intention, and happily, too. That’s how you get closer to loving Allah.

Masha Hassan is a student at Delhi University