Afghan Warriors like Gulbuddin Hekmatyar: Are They Still of Any Use to Pakistan

An Afghan “warrior” who will be remembered in various ways — positive and negative — was in Islamabad from Kabul on October 19, calling on Prime Minister Imran Khan. He was the legendary Hizb-e-Islami leader, Gulbuddin Hekmatyar. And Khan lost no time in putting his fears in a nutshell: “Spoilers within and outside Afghanistan were dead set against Afghan peace negotiations for their vested interest.”

Now that the Americans are exiting Afghanistan, and Hekmatyar has little communication with the “unfriendly” Taliban, who will soon knock on the door of Kabul, he must review his position. He was no doubt always charismatic, and might still be, but his options are narrowing. He was favoured by Pakistan and was named the first prime minister of Afghanistan after the Russians left. He didn’t always deliver. Is he of any use in 2020?

Hekmatyar was inflexible in his tactics and was, therefore, isolated, but in strategy he has been infinitely flexible. This last trait might incline some to think that he is unreliable, which has forced him to “negotiate” himself out of isolation within the jihad in Afghanistan. He has been in Kabul after “negotiating” a peace deal with the US-supported Ashraf Ghani government in 2016. Such was his loneliness living on the Afghan border close to Pakistan that he made a similar deal with President Hamid Karzai of Afghanistan in 2009. There was a $10 million American price on his head which was taken off after this move.

Living in Kabul has become “iffy” for Hekmatyar after the expected exit of the Americans. The Taliban didn’t like him and neither did Ghani’s Tajik allies — this goes back to the days when Tajik leader Ahmad Shah Massoud and Hekmatyar were fighting their “inset” jihad against each other. Kabul’s Tajik leader Abdullah Abdullah had recently visited Islamabad and called on PM Khan. Now the question is: Who will win favour in Islamabad? Note: In the recent debate in Kabul about the post-US situation, Hekmatyar had carefully gone public against “Indian designs” in Afghanistan. 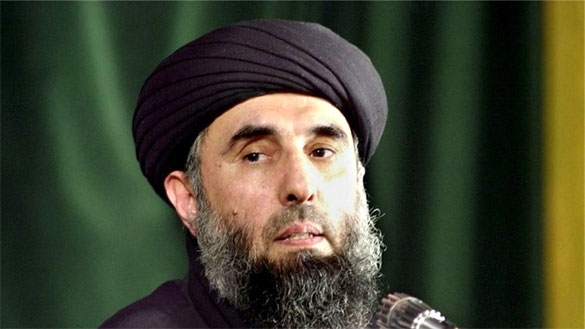 Pakistan’s “jihadi” general Hameed Gul set a lot of store by Hekmatyar but was let down when the latter didn’t join an important battle against the pro-Soviet Afghan army across the border. A Pakistani hero of the Afghan war against the Soviets was Colonel Imam, a commando of the ISI who had trained the Taliban in guerrilla warfare. He knew both the Tajik warrior Ahmad Shah Massoud whom Pakistan didn’t pick as an option in Afghanistan; and Hekmatyar, whom Pakistan seemed to hero-worship. Ambassador (retd) Arif Ayub, who served in Kabul and knew Imam, wrote after Imam’s death at the hands of the Taliban, in quarterly Criterion (May 15, 2012): “Even at the time of our worst relationship with Massoud (following his burning of our Embassy, attempted murder of our Ambassador and Defence Attaché; and the bombing in Peshawar, in which our Governor’s daughter was killed) Imam kept on insisting that Massoud should be treated as a younger brother who should be brought back into the family and never ostracised… He had no such sympathy for Hekmatyar, whom he accused of being responsible for the destruction of Kabul and the killing of more mujahideen commanders than the Russians.”

The dilemma for whoever deals with post-US Afghanistan is the fragmentation of the Afghan warriors divided into bands, Pakhtuns on the one hand and the non-Pakhtun on the other. Afghanistan is going to be divided in multiple ways as armed gangs sit down and decide the next “Islamic” government in Kabul. The Pakhtuns may be the dominant ethnic community in Afghanistan, but if you put together the non-Pakhtun Tajiks, Uzbeks, Hazaras, etc. they stand outnumbered. Moreover, Pakhtuns tend to get divided among themselves, reducing Afghanistan to many satrapies that negate the modern state.

Pakistan has expressed its distance from the confusion of loyalties that Afghanistan represents today by wire-fencing the Durand Line. It doesn’t want the “spill over effect” that takes place every time Afghanistan fights with itself. The latest news is that in Pakistan’s Jalalabad consulate, 15 Afghan women and men have died in a scuffle while seeking Pakistan visas. The dream that has to replace this chaos is a regional trading bloc of South Asia that connects India with Afghanistan through a highway going across Pakistan, onwards to Central Asia and Europe.

Original Headline: Hekmatyar Redux: With US exiting Afghanistan, is the warlord of any use to Pakistan?