Sunni Politics In Iraq: A New Elite Seeks To Assert Itself In The Post-ISIS Era

By Jeremy Hodge and Anand Gopal

In August 2019, Iraqi Federal Police showed up at the mayor’s office in Fallujah to expel ‘Aissa al-Sayir, the mayor, who had long been a key player in the city’s politics. Citing voting irregularities, the Anbar Governorate deployed the police after Sayir refused to give up his post. The event attracted little notice in the international press, but within Iraq many observers believed that the ultimate mover in this drama was not the local government at all, but Muhammad al-Halbusi, the Speaker of the Iraqi parliament, and one of the wealthiest businessmen in Anbar. The removal of Fallujah’s mayor represented a changing of the guard in Sunni politics, as a new elite seeks to assert itself in the post-ISIS era. 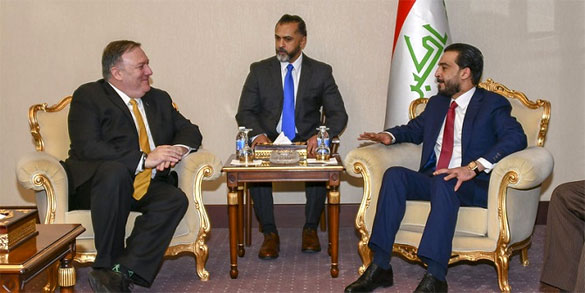 The discussion of ISIS in Iraq often focuses on Sunni-Shia divides, but this tends to ignore the crucial role of intra-Sunni dynamics in preserving the peace. In post-ISIS Iraq, the Sunni elite have split, with one segment allying itself to Baghdad and reaping enormous benefits—for itself and for cities like Fallujah—while the other segment has found itself excluded from patronage. Those, like Halbusi, who prove willing to bridge confessional divides are the winners in this new Iraq, while the old Sunni elite who cling to pre-war alignments are the losers. Understanding this divide is crucial to ensuring a lasting political settlement.

The New Elite: The Rise of Muhammad al-Halbusi

Muhammad al-Halbusi is one of the most powerful Sunnis in the country, but he derives this status not from a grassroots base but rather by virtue of his alliance with the Fatah parliamentary bloc, which is led by figures linked to the powerful Iran-backed Badr Brigade. Hailing from the town of Garma in Fallujah’s northeastern outskirts, al-Halbusi belongs to the Halbus clan. Pre-2003, the Halbus was far less influential than Fallujah’s other tribes, and exerted little influence on the Ba’athist state. The clan also had few ties to the Iraqi Muslim Brotherhood, which in the late Saddam years was an important actor in Fallujah. After 2003, marginalised clans like the Halbus did not make up an important part of the mainstream anti-U.S. resistance; instead, it was jihadi groups like al-Qa’eda in Iraq that recruited heavily from the ranks of the Halbus and similar lower-status clans.

In this environment, Muhammad al-Halbusi, who had a degree in engineering, distinguished himself from the majority of his compatriots by working openly with the Americans as early as 2003 on renovation and reconstruction projects. In June 2004, al-Halbusi’s firm, Steel Company Ltd., was one of many Iraqi companies sub-contracted to work on a $28.6 million water treatment facility in Fallujah. The project soon stalled due to the deteriorating security situation and contractor negligence; by 2005, FluorAMEC, the American firm leading the project, estimated that it would cost $51.3 million to complete the project. By 2011, this had risen to $107.8 million. By this point, Muhammad al-Halbusi had become a major player in Fallujah. Three years later, he was elected to represent the city in parliament.

The Old Elite: The Decline of ‘Aissa al-Sayir

The political trajectory of Aissa al-Sayir, the ousted Fallujah mayor, was the mirror opposite of Halbusi’s. Understanding his rise and fall requires exploring the complex relationship between the Baʿth regime and Islamist movements before 2003. During the 1970s and 1980s, Saddam Hussein’s government carried out extensive repression of the Iraqi Muslim Brotherhood, sentencing many to death. However, by the 1990s the Iraqi president’s stance towards the group began to shift, especially as the regime looked to promote an alternative Islamist vision that could compete with, and be more easily managed than, Saudi-linked Salafism. In 1991, dozens of Brotherhood leaders saw their sentences commuted, and were eventually released. In Fallujah and elsewhere in Anbar, Brotherhood figures such as Abd al-Razaq al-Sa’adi and Makki Hussein al-Kubaysi, who had been operating covertly, began to proselytise in the open, often in conjunction with the Baʿth party’s Faith Campaign. (Al-Kubaysi was an associate of Baʿthist Faith Campaigner Subhei Samara’i, promoting pro-Ba’athist variant of Brotherhood thinking; ‘Abd al-Razaq al-Sa’adi meanwhile, brother of Brotherhood leader ‘Abd al-Malik al-Sa’adi, was close with ‘Abd al-Latif al-Humaym, another pro-Ba’athist cleric who was among the richest families in Anbar.) Many of these figures became key leaders in the post-2003 insurgency; Makki al-Kubaysi, for example, became one of the founders of the Association of Muslim Scholars, a body that funnelled funds to Brotherhood-linked insurgent groups such as the 1920 Revolutionaries Brigades and the Islamic Army of Iraq.

One of the leaders who emerged from this milieu was ‘Aissa al-Sayir. Having graduated with the rank of Lieutenant from Iraq’s Police Academy in 1993, al-Sayir had solid Baʿthist credentials. At the same time, his tribe, the Albu ‘Aissa, had contributed more members to the ranks of Fallujah’s Muslim Brotherhood than any other tribe. After 2003, ‘Aissa himself became a high-ranking member of the Brotherhood’s political front, the Iraqi Islamic Party (IIP). Many prominent IIP-affiliated figures who dominated Sunni politics after 2003, such as Rafa al-‘Aissawi and Khamis Khanjar, were similarly Albu ‘Aissa tribesmen from Fallujah. Following the US invasion, IIP chapters throughout Anbar seized control of city councils, police departments, and the Anbar provincial council, liaising with the Americans while simultaneously funding the 1920’s Revolutionary Brigades, the Islamic Army of Iraq, and other insurgent groups.

In 2007, the IIP in Fallujah formed a new armed faction, Hamas Iraq, which joined the US-backed Sahwa—“Awakening”—movement against al-Qa’eda. Al-Sayir, who was officially serving as an “aide” to the police chief, moonlighted as the commander of Hamas Iraq. Hamas Iraq is widely believed to have exploited the cover provided by the Sahwa to lead a campaign of arrests and executions against the IIP’s political enemies. For a brief period in 2011 and 2012, al-Sayir spent time in jail following a government crackdown on the IIP and other Sunni politicians such as Rafi al-‘Aissawi and former Iraqi Vice President Tariq al-Hashemi. 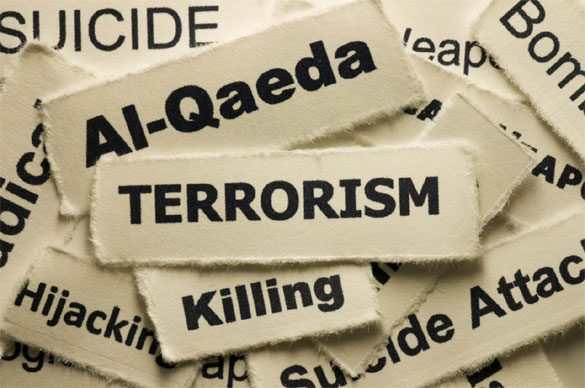 However, following the re-emergence of al-Qa’eda in Iraq as ISIS in 2013, a rapprochement occurred between the IIP and the Iraqi government, which sought an Islamist ally to thwart the appeal of ISIS among Sunnis. In provincial elections that April, the IIP catapulted back to power throughout Anbar, regaining influence over the governorship, provincial council, and numerous other bodies. In 2015, al-Sayir was appointed mayor of Fallujah.

The Birth of a New Era

Though the rise of ISIS proved useful for the IIP, it paid far greater dividends for the Popular Mobilisation Forces (PMF), a massive umbrella body comprised of mostly Shi’a militias that operated in partnership with—but not under the purview of—regular Iraqi army forces. Even the PMF’s critics acknowledged its indispensable role in defeating ISIS, a legacy that granted the group political capital during the May 2018 parliamentary elections. The factions closest to Iran united as the Fatah Alliance. Muhammad al-Halbusi was by now a rival of the IIP, who sought to monopolise resource distribution and exclude those outside their patronage network, especially with an independent power base like al-Halbusi. So he took the unusual step of throwing his lot in with Fatah, a pro-Iran party. The gamble paid off, as Halbusi was elected Iraq’s Speaker of Parliament, despite the fact that his party, Al-Hal Alliance, had won few votes.

“We supported Muhammad al-Halbusi to become speaker of Iraq’s parliament,” said Hadi al-Ameri, Chairman of the Fatah Alliance and the Badr Brigades. “He’s a man of his word.” Throughout 2020, Fatah MPs have publicly defended al-Halbusi from attempts by IIP-affiliated officials to submit a vote of no-confidence and have him impeached. Al-Halbusi’s Al-Hal Alliance used such support to supplant the IIP as the new power broker in Anbar province. It has also benefited from independent revenue streams, such as that of Jamal al-Karbuli, a wealthy Sunni businessman from Masyab, a mixed-sect city in southern Iraq where the Badr Brigades maintain a strong presence. Both the Governor of Anbar that ordered Aissa al-Sayir’s removal, Ali Farhan al-Dulayimi, and al-Sayir’s replacement, Muwayyed Farhan al-Dulaymi, are members of the Al-Hal Alliance and owe their status to deals made by al-Halbusi in parliament.

Since al-Halbusi’s appointment, Fallujah has witnessed a massive reconstruction boom. Hundreds of new residential units have popped up. Officials are paving the city’s main thoroughfares, rebuilding the important al-Muwazafin bridge, and are working on the city’s water treatment facility. (This latter project is being paid for with a $285 million loan from the Japanese International Cooperation Agency in 2015.)

The rivalry between al-Halbusi and the IIP in Fallujah, rooted in old socio-economic cleavages, is now oriented around seeking to benefit from such lucrative contracts. Shortly before his dismissal, Aissa al-Sayir was rumored to have met with Khamis Khanjar, a fellow Albu ‘Aissa tribesman with historical links to the IIP and who, like al-Halbusi, has used his riches to influence national politics, making the two bitter enemies. Khanjar’s own party, “the Arab Project,” includes in its ranks IIP figures such as Rafa al-Aissawi and Tariq al-Hashimi, targets of the government’s crackdown on Sunni politicians in 2011-2012. Prior to his removal, opponents accused al-Sayir of stalling reconstruction projects in Fallujah in order to ensure that the city’s IIP elite won the contracts. However, since al-Sayir’s departure, al-Halbusi has become something of a “city boss” in Fallujah, with companies linked to him and his Al-Hal Alliance monopolising funds pouring into the city.

“We want to say thank you, Anbar’s number one hero of reconstruction, the architectural engineer, Muhammad al-Halbusi! And who else? Fallujah’s mayor, Sir Muwayyed Farhan al-Dualimi. Your positive touch [on the city] is clear!”.

Rebuilding Fallujah has brought tremendous benefits for the city. That such efforts are linked to a political force rooted in a cross-sect alliance is a cause for optimism. Al-Halbusi himself has promoted his alliance with Fatah using just such a narrative, declaring that following after the horrors of ISIS, Iraqis are ready to move past confessional divides.

Yet in allying with the Badr Brigades and in marginalising the old Sunni elite, Halbusi and the new elite risk stoking resentment in Anbar—potentially creating fault lines that ISIS-like groups can exploit in the future. The mass graves dotting the surroundings of Fallujah, left behind by Iran-backed militias, remain unaccounted for. (Recently, for example, al-Halbusi refused to point fingers at the militias when a few dozen bodies turned up in al-Babil governorate, where many Sunnis had been abducted and killed). Tens of thousands who have lost their family members due to these militias remain without justice, or a truth and reconciliation process. Through such partnerships, Halbusi has added to the sense in Fallujah that these militias are able to operate with impunity. Meanwhile, the IIP continues to exert an influence. Its members proliferate the ranks of Anbar’s Sunni middle class, and occupy many bureaucratic posts in local government and in key industries. The best hope for a stable Iraq is a lasting political settlement, which will depend on the country’s resources—in terms of reconstruction funds and access to justice—being shared equitably across its society.

Note: The CRP blogs gives the views of the author, not the position of the Conflict Research Programme, the London School of Economics and Political Science, nor the UK Government.

Jeremy Hodge is a Lead Research Coordinator for the Zomia Center for the Study of Non-State Spaces. He is also an investigative reporter covering the conflicts in Syria and Iraq, as well as collusive state-business relations and the petroleum/defense sectors in the broader Middle East. Jeremy’s articles have appeared in Foreign Affairs, The Nation, The Daily Beast, Le Monde Diplomatique, Al-Jazeera and other outlets and have been nominated for awards by the Overseas Press Club.

Anand Gopal is a 2019/2020 Fellow on the Conflict Research Programme. His research project is titled: Iraq after ISIS: Political Settlement, Reconciliation and Countering Drivers of Conflict. He is an Assistant Research Professor at the Center for the Study of Religion and Conflict and the Center on the Future of War at Arizona State University, and a Fellow at Type Media.

Original Headline: The Rise of the New Sunni Elite in Iraq: The Case of Fallujah