Last month, Pakistan’s Foreign Ministry rebutted a barrage of reports on social and mainstream media that suggested Islamabad was poised to restore diplomatic relations with Israel, a move that would inevitably send shock waves across the country’s many radical Islamic groups. 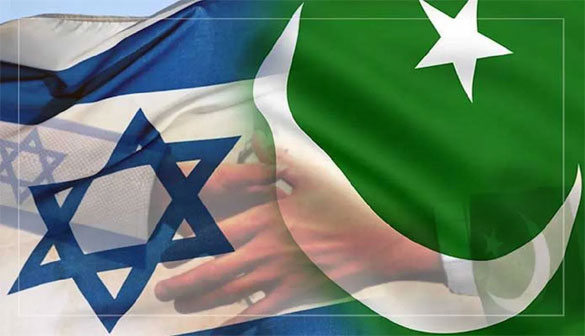 Speculation is swirling that Saudi Arabia and United Arab Emirates are pressing Pakistan to normalize with Israel. Image: Facebook

The Foreign Office was forced to intervene before the rumors sparked demonstration or worse, always close to the surface in a nation that frequently rallies to the anti-Israel, pro-Palestinian cause.

Despite the official denials, analysts, observers and even some officials reckon there is at least a shred of truth in the viral speculation considering the shifting winds in the Middle East and with rising signs Saudi Arabia could soon follow the United Arab Emirates (UAE) in normalizing ties with Israel.

It would mark a historic turn if Pakistan and Israel were to follow suit and formally normalize relations. Pakistan did not recognize Israel as a country when it was formed in 1948, a year after Pakistan won its independence. Pakistani passports still carry a stamp that proclaims that this document is valid for all countries worldwide except Israel.

Yet observers believe that the winds of change now sweeping over the Arabian Peninsula, including among Pakistan’s key Middle Eastern allies and traditional patrons, could next blow through Islamabad.

The United Arab Emirates (UAE) and Bahrain, they note, have restored diplomatic ties with Israel after Saudi Arabia reportedly gave its tacit affirmation to go ahead. Analysts argue Pakistan could be next if Riyadh gives a similar nod.

Any such move would face political resistance at home. Pakistan Muslim League-Nawaz (PML-N) senator Musadiq Malik told Asia Times that such a crucial decision can not be made by a few individuals and that representatives of Palestine would also need to be consulted.

“A few people cannot thrust their verdict upon the nation. We have elected representatives and the parliament that could better determine policy in this regard,” he added, presumably meaning Prime Minister Imran Khan and his backers in the army establishment. 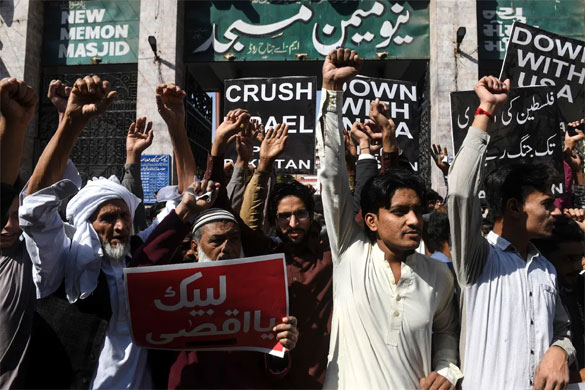 Palestine Foundation of Pakistan shout anti-US and Israeli slogans during a protest against a US peace plan proposal, in Karachi on January 31, 2020. Photo by Asif HASSAN / AFP

Afrasiab Khattak a politician, intellectual, and Pashtun rights activist told the Asia Times that since the Pervez Musharraf era (1999 to 2008) there has been a consistent behind-the-scenes effort to normalize relations with Israel, though so far without tangible results due to radical religious forces and their ability to stir street agitation.

“When the Arab countries have changed their stand on the Arab-Israel conflict and tried to live in peace with their proverbial foe then what is the point of pursuing an anti-Israel policy?” he asked.

Days after the UAE formally revived ties with Tel Aviv, foreign and local media carried reports suggesting that Saudi Arabia and the UAE were pressing Pakistan from behind the scenes to be next in recognizing Israel.

“I think there is a conversation going on in which UAE and MbS would like Pakistan to take a lead and recognize Israel but don’t think it will happen either in Saudi Arabia or Pakistan. It’s politically not doable,” Ayesha Siddiqa, a Pakistani scholar and expert on military affairs told the Asia Times.

The speculation was reinforced when Prime Minister Khan, in an exclusive interview with a local TV channel, disclosed that he was “under pressure” from some “friendly countries” to recognize Israel but that Pakistan would not budge until the Israel-Palestinian issue was resolved.

Khan did not disclose the identity of the said “friendly countries”, saying only that Pakistan maintains good relations with them. 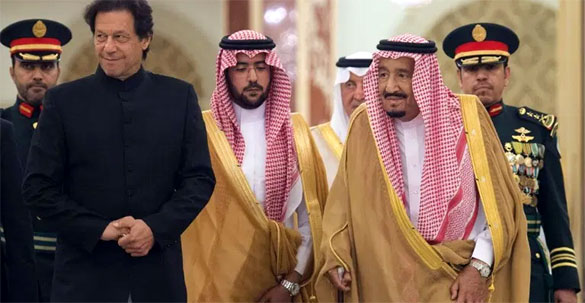 But when Israeli media broke the news that Israeli Prime Minister Benjamin Netanyahu and the head of Israel’s spy agency Mossad Yossi Cohen held a hush-hush meeting with Saudi Crown Prince Mohammed bin Salman (MBS) in the Saudi city of Neom, the reports also spotted a Pakistani army business jet operated by the country’s powerful Inter-Service Intelligence (ISI) spy agency in Amman when the leaders were meeting at the Red Sea resort.

Siddiqa tweeted in late-November, “If policy not under consideration then what was Pak Army aircraft PA-9834 doing in Amman for 2 days & reported by Israeli media?”

Saudi Arabia and the UAE certainly have leverage on Islamabad to persuade a change in Pakistani policy towards Israel. Pakistan relies heavily on both for financial support to stave off a debt crisis, always near as foreign reserves dwindle and the economy contracts.

Moreover, over four million Pakistani expatriates remit roughly $4 billion from Saudi Arabia and UAE every year, representing nearly half of the country’s $9 billion in annual remittances.

Still, Pakistan’s relations with both UAE and Saudi Arabia have been on a downtrend in recent years, partly due to Riyadh’s tilt towards India on the Kashmir issue and New Delhi’s growing economic and political engagement with the Arab nations. Saudis are also concerned about Islamabad’s hobnobbing with Turkey.

To be sure, Pakistan has always maintained covert diplomatic and military connections with Israel. 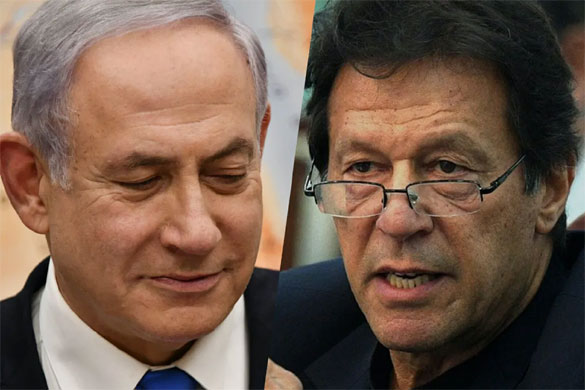 Indeed, Pakistan’s secret military cooperation with Israel dates back to 1970 when the military dictator General Zia-ul-Haq was posted in Jordan as a brigadier general at a time Pakistan’s army fought in support of Jordan against then Yassar Arafat-led Palestine in the 1970-71 Black September war.

More than 7,000 Palestinians died in the war and General Zia had become a darling of the Jewish state, which backed Jordan in the conflict.

Pakistan-Israel cooperation continued in the 1980s during the Soviet Union’s intervention in neighbouring Afghanistan. Both countries coordinated their stance on the Afghan issue and exchanged defence-related information.

Military dictator General Musharraf was more vocal about his government’s interactions with Israel.  During his tenure, Pakistan and Israel established their first formal diplomatic contact and used their diplomatic staff in Ankara and Istanbul to mediate and exchange information on defense and terrorism-related issues.

In 2009, Pakistan’s spy agency ISI passed on information to Israel’s Mossad about a plot to kill Israelis in India. According to an October 2009 US diplomatic cable published by WikiLeaks, the ISI chief had reportedly contacted Israeli officials to head off the attacks.

In late March this year, Musharraf called to establish relations with Israel to counterbalance India’s overtures to Tel Aviv.

In a press conference in Dubai in March this year, Musharraf acknowledged that he had initiated contacts with Israel when he led the country. “The Israeli leadership was quick to respond to my offer. I believe Israel wanted to create better relations with Pakistan. They still want it,” he said.

Original Headline: Why Pakistan will be next to normalize with Israel