A Candle In The Wind: Commemorating The Second Death Anniversary Of An Icon Of Tolerance In Pakistan - Salmaan Taseer

Pakistan has what you might call an abusive relationship with its citizens. It isn't a good provider: no electricity, no gas, no water. It is also no good at providing security, an essential in a stable relationship. Hundreds are gunned down in Karachi, abductions are commonplace everywhere and polio workers are assassinated by the Taliban in KP. Pakistan is also at war with itself, what with judiciary-versus-executive fights and the army's unceasing manipulation of politics. Among these unforgivable things is the state's systematic campaign to isolate Pakistani citizens. I mean internationally and locally: whether it's the smoke-and-mirrors chicanery that leads to drone attacks and OBL-style raids, or the blocking of 181 million cell phone connections, the banning of YouTube for months on end and the gratuitous restriction of citizens' civil liberties.

We stood there to protest the fact that Aasia Bibi, the victim, still languishes in prison 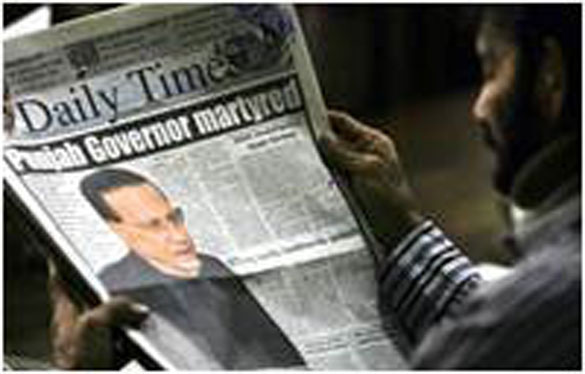 As terrible as oppression is, however, the fact is that an abuser rarely acts alone. In our case the abuse is frequently sustained by the passivity of the victim - the unwillingness to act in self-defense. In December 2012 religious zealots entered the Ahmedi graveyard in Model Town, a stone's throw away from the Chief Minister's house, and desecrated the graves, breaking the tombstones into pieces. There was no outcry. The discrimination against Ahmedis in Pakistan, thanks to the PPP government that declared them non-Muslims in 1974, is nothing short of genocide - routinely men young and old are shot just for being rumored Ahmedis. Though much more organized in terms of numbers, Shias have been attacked barbarically through terrorism, and particularly the Shia Hazara community, about 2,000 of whom have been killed in the past decade. Apart from the occasional and always superficial condemnation on TV networks, there is nothing but silence. 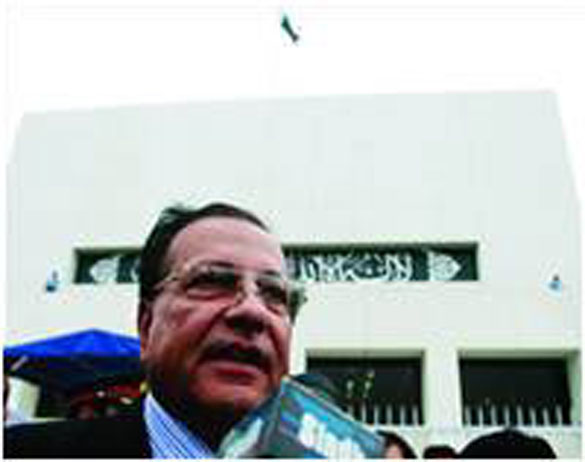 Often victims of abuse develop an alternate ego, and imagine that the abuse is happening to another part of them, that they are not affected by it. This is a coping strategy, and one that emerges out of pure delusion. Pakistanis too have been desensitized by the routine, sporadic and random violence that is done to parts of them and are now unable to process the pain as their own. This disjointedness from each other's communities will be the death of us.

The only thing that can break a cycle of abuse is the two feet we have under us.

Apart from the occasional and always superficial condemnation on TV networks, there is nothing from us but silence

And an ego. We are willing to hang him on our classroom walls as our poet-philosopher, but we don't really care for Allama Iqbal's concept of khudi.

This is what I went to do at Lahore's Liberty Chowk on January 4th 2013, to commemorate the second death anniversary of an icon of tolerance in Pakistan - Salmaan Taseer. I lit a candle, me and some 20 odd people. We were passionate and vocal; we chanted anti-mullah slogans in the winter cold. And though no mountains were moved, the people there did their best to honor the memory of a man who stood for a Christian woman wrongly convicted under blasphemy. We stood there to protest the fact that Aasia Bibi, the victim, still languishes in prison and Taseer's killer, Mumtaz Qadrim remains to be punished. What mattered was that we were there at that moment in the time quantum and not elsewhere. What mattered was that I was telling my country, "No."