A Culture of Fear: in Bangladesh’s Diminishing Democratic Space, It’s Not Surprising a Prominent Editor Is at the Receiving End 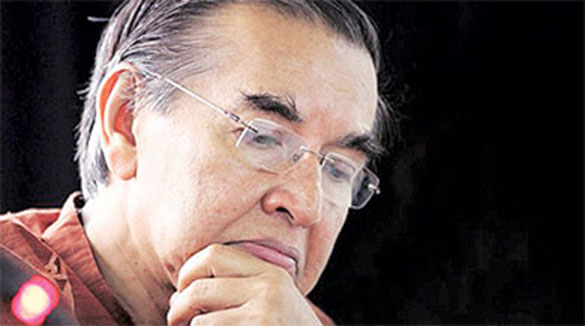 A prominent editor in Bangladesh is facing the wrath of the ruling party. In less than a month, 79 lawsuits have been filed against him throughout the country, of which 17 are petitions to sue him for sedition. This plight has befallen Mahfuz Anam of The Daily Star, after he made an introspective comment on a TV talk show on February 4.

In his comment, Anam acknowledged he made a serious error of editorial judgement in printing news items based on information provided by the military intelligence during the military-backed caretaker government in 2007-08. These reports were based on “confessional” statements of leaders of the Awami League (AL) and the Bangladesh Nationalist Party (BNP). Arrested on charges of corruption, these leaders allegedly confessed, and audio and video were made available to the public.

In quick reaction to Anam’s introspection, Prime Minister Sheikh Hasina’s son demanded, on Facebook, that he be detained and charged with sedition. The PM’s son alleged that Anam facilitated a “military coup” by running a smear campaign against his mother. A spree of “defamation” cases filed by regime supporters and scathing criticism from the ruling party ensued, followed by the PM herself.

In her diatribe against The Daily Star and Prothom Alo, first at a public gathering and then in parliament, Hasina insisted Anam should resign for publishing news fed by the DFGI (military intelligence agency). Her point was that Anam and others, in connivance with the DFGI, conspired to thwart democracy and these actions were tantamount to acting against the country, and that the DGFI was running amok under the caretaker government. The allegation that Anam and his paper created an environment for the military-backed caretaker government to take over in 2007, Hasina’s incarceration, and the effort to remove her from the political scene — as part of the “minus-two formula” — cannot be further from the truth. Besides, all but one paper published the reports.

To suggest, particularly by the AL, that Anam had supported an illegitimate government which tried to impede democracy is not only surprising but also a double standard. It was the AL-led movement’s wish to stop the BNP’s machinations to hold a flawed election that resulted in the takeover. The AL, like most Bangladeshis, warmly welcomed the change and Hasina herself said to newsmen on March 15, 2007 that the AL, if voted to power, “would ratify the activities of the caretaker government…” The statement was echoed by the AL secretary general Syed Ashraful Islam, on October 19, 2008, by which time the AL chief had already experienced 11 months of incarceration and faced a number of cases. The irony is that it was Anam who penned a commentary the day after Hasina was arrested by the caretaker government, protesting the arbitrary use of power, saying that it “smacks of arrogant use of power without due process of law”.

The PM and MPs of the ruling party, while discussing Anam, vowed that the conspirators” of the takeover, members of the 2007-8 government, and the DGFI would be brought to justice. But although the AL is in power for almost seven years now, neither the DGFI as an institution nor any of its officers has been reprimanded, let alone charged. Those who made the incriminating confessions, in all likelihood under duress, have not been rebuked either. In fact, one of them has been given a cabinet position.

The DGFI’s involvement didn’t come to light recently. Former AL secretary general Abdul Jalil, who suffered at its hands, spoke of his ordeal on January 28 , 2009 in parliament: “We have always fought for human rights. But we have an agency that does not know how to treat people with dignity. The name of the agency is DGFI.”

The opposition BNP, for understandable reasons, always insisted the 2007-08 caretaker government was illegitimate and that both Fakhruddin Ahmed, then head of government, and Moyeenuddin Ahmed, then army chief, should be tried. On March 15, 2011, Khaleda Zia alleged in parliament that “the newspapers are being instructed over telephone as to what news to run and which to not. Is the country still being run by the ghost of Fakhruddin and Moyeenuddin?” PM Hasina responded that if Zia would like to see them punished, she should file a case against them instead of blaming the government.

This shows that the allegations against Anam are neither about the misdeeds of the 2007-08 government nor about accountability. Anam’s actions in 2007-08 are being used as an excuse to go after him. Anam and The Daily Star have been targets before. In February 2015, the PM’s son demanded Anam’s arrest and trial for sedition, for an entirely different reason. The PM, too, had warned of action against the paper.

One may then ask what this is all about. The answer lies in the present political environment. The AL has become more powerful than ever.

It has overcome the precarious situation after the controversial 2014 election and the adverse conditions in early 2015. It has made its way by the use of force. As it has now established firm control over almost all institutions, the party’s behaviour is akin to authoritarianism. Unfortunately, its leaders feel no need to hide this tendency. A sense of invincibility is palpable in the party’s conduct.

It’s not an exaggeration to say a culture of fear has permeated society. On the other hand, the BNP has revealed its organisational weakness and is in disarray due to the persecution of its leaders. Thanks to inept strategy, political miscalculation and its alignment with the Jamaat-e-Islami, the BNP faces an uphill task in reorganising itself and posing a threat. Consequently, the government is now focusing on any remaining institution that demands accountability.

In a diminishing democratic space and amid continuous muzzling of freedom of expression, it’s no surprise that a prominent editor is at the receiving end. The Anam saga has sent a strong message to the Bangladeshi press and critics of the government. Whether Anam is ultimately tried or not, the objective seems to have been achieved.

Ali Riaz is professor and chair, Department of Politics and Government, Illinois State University, US. He is coeditor of the ‘Routledge Handbook of Contemporary Bangladesh’.