Yet another episode of violence towards minorities and still more cries demanding blood, both from the extreme right and left. Pakistani society is witnessing a continued decline in its social mores, values and ethics which is fast reaching precipice that, if not arrested, will lead to total collapse and anarchy. 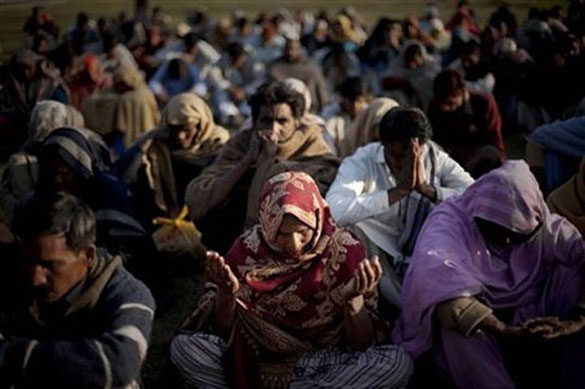 In recent years Pakistan has neither failed nor disappointed to make headlines globally for everything that is negative and wrong with the country. The recent incarceration of an 11-year-old Christian girl alleged to have desecrated pages of the Holy Quran is concatenation in a series of similar episodes. It seems like we want to be the laughing stock or the center of hatred in a world that already has its share of bigotry and religious prejudice without us adding more to the cauldron. A recent survey showed that a majority of our Chinese and Turkish brethren and compatriots think of us unfavorably due to burgeoning extremism in our society.

The most worrisome point in this whole affair is lack of balanced discourse in the aftermath of such odiously shocking and horrid events. Both the extreme right constituting the rabid religious zealots with their anachronistic and dogmatic approach, and the extreme left constituting the liberal, secular, and westernized completely removed from subcontinent’s historical and cultural values present distorted visions. The right demands blood without ascertaining the veracity of claims of sacrilege while the left demands state to separate itself from religion and repeal blasphemy law.

Instead of adopting a civilized and constructive approach that would give a future direction to eliminate noxious elements from our society and close the growing chasm between the two far wings, the ensuing extreme discourse further alienates people stoking yet more dogmatic feelings with each side strongly holding on its own version of ‘truth’.

The need is for saner and moderate elements to mediate and set the stage for a debate that is productive and invokes the desire to connect to the lost values of humanity, sympathy and compassion toward others.

Both liberals and conservative elements need to understand that we cannot remove ourselves from religious values inherent in Pakistani society. The need of the hour is for progressive scholars to replace shyster molvis who have turned their area mosques’ pulpits into private property, preaching jihadist propaganda and instigating violence at the helm of affairs. The role of mosque cannot be denied in our society as it still occupies the centre stage and so it is an added responsibility of these scholars to reprogram the thought process of public at large and inculcate values of tolerance, peace and unity in a society that is spewing hatred, aggression and barbarism – characteristics in direct conflict with our Islamic values.

Moreover, government needs to play its role more actively. There is an urgent need for the government to take eminent and erudite scholars into confidence and revisit blasphemy law and policies regarding law and order under situations where mob control is required. Also, curriculum taught in schools and madressahs need to take into consideration the evolving requirements of society and help to shape future minds that are removed from parochialism and zealotry.

The growing number of people being indicted under the blasphemy law should be a cause of concern for government authorities as majority of the people tend to exploit and abuse it for personal gains and motives. No clear mechanism has been adopted to transparently investigate cases registered under blasphemy law and in most of the cases vigilante justice is met which makes headlines for sometime but is soon forgotten until replaced with yet another atrocious incident.

This attitude not only deserves censure and strong rebuke but is unsustainable. Pakistan is already lacking on political, economic, social and security fronts, and if our cultural values are also supplanted and hijacked by imported, custom designed versions: Taliban for the right and West for the left then the repercussions will leave a future generation facing an identity crisis and lost in a discourse of extremes not dissimilar to the post-Zia era.