Traditional Muslim Understanding of Divine Punishment of Kuffar: 'Those Who Insult Allah's Prophets Are Tarnished in This Life before More Humiliation in the Next'

Insulting God and His Prophets is not an invention of the contemporary world. For eons, forgotten losers of old have levelled abuse at the Divine and His notable representatives on Earth, not least of all at the Prophets of God. 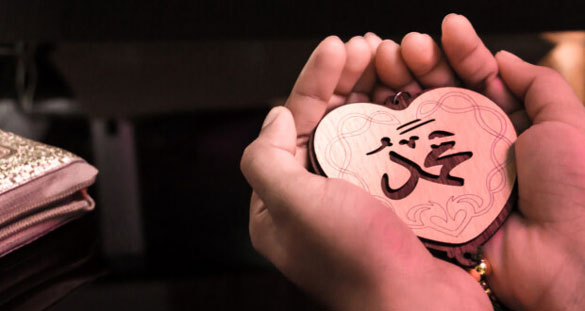 It is undoubtedly clear that the champions of paltry ideologies that reduce man to a measly composition and movement of chemical compounds cannot salvage their philosophical wreckage except by scorning those who know life’s greater purpose. Despite its laïcité, France stands as the “most depressed nation on earth” [1] and has the highest suicide rate Western Europe. [2] Scorning definitely distracts from confessing that others may be right.

Many Prophets were killed, crucified, or insulted, yet they are in bliss and their legacies remain. Their killers or scorners are, at best, dust, awaiting a much longer chastisement and humiliation in the Hereafter. The history of the final Prophet, Muhammad (Sall Allahu ‘Alayhi Wa Sallam), is replete with how his scorners faced abysmal and humiliating ends whilst his immaculate status was forever preserved. Allah has promised:

“Surely We will be sufficient for you against the mockers…” [3]

A short time later, Khosrow’s son, Kavad II, killed his father to take over the throne. Through successive ignominious defeats at the hands of the Byzantines and the Muslims in the Caliphate of ‘Umar (Rady Allahu ‘Anhu), Khosrow’s empire was indeed irreversibly torn into pieces.

Al-Suhaili reports: “Heraclius (610-641 AD) kept the Prophet’s letter sheltered in a gold reed-like object in its honour and kept passing it down from one emperor to the other. It finally ended up with the ‘King of the Franks’ over Toledo, before being inherited down. Some of our companions told me that Abd al-Malik b. Sa’id, one of the Muslim commanders, met that king. In their encounter, he showed him the Prophetic letter. On seeing it, he was overtaken by emotion and knelt across (to kiss it), but was not given permission.”[5]

Ibn Hajar reports, on the authority of Said al-Din Falih al-Mansuri, that the King of the Franks showed him a box lined with gold containing a gold pen case. He opened the case and pulled out a letter, the ink of which had faded, attached to a silk rag. The king then said: “This is your Prophet’s letter to my grandfather the Caesar that continues to be inherited down until now. Our father advised us that so long as we preserve this letter, our kingdom will be preserved. We thus protect it with utmost effort and honour it, concealing it from the Christians so that our dominion may persist.”[6]

Abu Lahab and his son ‘Utbah were once preparing to head for al-Sham (the Levant). Before they left, ‘Utbah promised: “I will (first) go to Muhammad and mock his Lord.” ‘Utbah approached the Prophet and daringly said (invoking a Qur’anic passage from Surah al-Najm out of mockery): “I have disavowed the one ‘who got close and drew near, and was at a distance of two bow lengths or nearer.’” Hearing his mockery of Allah’s words, the Prophet (Sall Allahu ‘Alayhi Wa Sallam) invoked: “Allah, send upon him a dog of your dogs,” and turned away.

‘Utbah returned to his father who asked: “Son, what did you say to him?” ‘Utbah related the account, then Abu Lahab asked: “And what did he say back?” He replied: “Allah, send upon him a dog of your dogs.” Abu Lahab then said: “Son, by Allah, I do not feel safe from (the manifestation of) that supplication.”

They both took off until they reached a land near al-Sham full of lions. Addressing his travelling group, Abu Lahab said: “By the right of my age and position, that man (Muhammad) supplicated against my son that I do not feel protected from, so gather your belongings and go to that monastery and put my son in the middle of your belongings and surround him.” They did as he ordered. Moments later, a lion approached and roamed around the camping group, sniffing and searching until he hopped on top of their caravan and jumped directly onto ‘Utbah, vigorously attacking him until he ripped his head off. Abu Lahab said: “I knew that he would not escape the supplication of that man.”[7]

In his book Thail Mawlid al-‘Ulama’, Al-Kettani mentions that during the era of the Caliph al-Hakim, there emerged a man who called himself Hadi al-Mustajibin (the Guide of the Accepters) who would call to the worship of the ruler. It was said that he insulted the Prophet (Sall Allahu ‘Alayhi Wa Sallam) and spat at the Qur’an. When he entered Makkah, its residents complained to its Emir, but the latter defended the man and sought to excuse him by claiming he was repentant. The people insisted that such a sin cannot be made up by mere repentance. They gathered in the Haram, collectively beseeching Allah. Thick dark smog filled the atmosphere then cleared, leaving over the sacred house a bright ray, visible day and night. This persisted until it was brought to the attention of the Emir of Makkah, who summoned Hadi al-Mustajibin and executed him.

In his book Al-Shifa, Qadi ‘Iyad writes that the jurists of Kairouan in present-day Tunisia – and companions of the jurist Sahnun b. Sa’id – had issued an edict to execute Ibrahim al-Fazari, a skilled poet and master of multiple sciences who would frequently mock Allah and his prophets, including the Prophet Muhammad (Sall Allahu ‘Alayhi Wa Sallam). The jurist Yahya b. Umar ordered for al-Fazari to be killed and crucified. As he hung facing the Qiblah, historians mention that the firmly grounded wooden pole was later found in its place, but facing another direction!

The 20th century scholar Ahmad Shakir mentions that he attended a sermon in which an articulate orator wanted to praise the leadership for showing courtesy to the writer Taha Hussein, who was blind. In his speech, he said: “(The leader) did not frown or turn his attention away when the blind man came him,” invoking but deforming the verses of Surah ‘Abasa. Ahmad Shakir said: “This criminal’s retribution came in this world before the next. By Allah, I saw him after a few years with my very two eyes, after his haughtiness and position… as a docile and humiliated servant looking after people’s slippers at the door of the masjid.”

In other instances, Allah protected His Messenger (Sall Allahu ‘Alayhi Wa Sallam) through imperceptible barriers, through angels, and through fear thrown into the hearts of those who intended to cause him harm. It was reported that Ghawrath b. al-Harith, who was a polytheist, vowed to kill the Prophet (sall Allahu ‘alayhi wa sallam) whilst the Prophet was sleeping under a palm tree with his sword hung up on it.

Abu Huraira reports that Abu Jahl asked his friends whether the Prophet Muhammad (Sall Allahu ‘Alayhi Wa Sallam ‘places his face on the ground’ (in sujud) in their presence. They answered in the affirmative. He said: “By Lat and `Uzza! If I see him doing that, I will trample his neck or smear his face with dust.”

Abu Jahl approached the Messenger (Sall Allahu ‘Alayhi Wa Sallam) as he was in sujud and pressed ahead to step on his blessed neck. On nearing, Abu Jahl stumbled back with glaringly wide eyes, petrified and looking as if he were repelling something with his hands. It was said to him: “What is the matter with you?” He said: “I saw a ditch of fire, terror and wings had emerged between me and him.” Allah’s Messenger (Sall Allahu ‘Alayhi Wa Sallam) would later say: “If he were to come near me, the angels would have torn him to pieces!”[10]

‘Abdullah b. ‘Abbas (Rady Allahu ‘Anhu) reported that a group of the leadership of Quraish gathered in the Hijr (the Sacred House) and vowed by their idols (Lat, Uzza, Manat, and Isaf) that if they were to see Muhammad (Sall Allahu ‘Alayhi Wa Sallam), they will collectively kill him. Fatimah (rady Allahu ‘anha) was made aware of their plan and rushed to her father, the Messenger (Sall Allahu ‘Alayhi Wa Sallam), weeping. He said: “O daughter, bring me water for ablution.” He then washed and entered the Masjid. When the leadership of Quraish saw him, they lowered their heads and avoided making eye contact; not a man approached him. The Prophet Sall Allahu ‘Alayhi Wa Sallam) advanced, knelt, and filled his palm with dirt and threw it at them, exclaiming: “May these faces be deformed.” The narrator of this event said that everyone in the vicinity of that pelted dirt was killed years later on the Day of Badr.[11]

Allah protected His Messenger from scorners by diverting insults to other than his noble self. The Prophet (Sall Allahu ‘Alayhi Wa Sallam) used to say: “Does it not astonish you how Allah protects me from the abuse and curses of Quraish? They abuse Mudhammam and curse Mudhammam, while I am Muhammad (and not Mudhammam).”[12] Ibn Hajar explains: “The disbelievers of Quraish would, out of sheer hate, insult the Prophet using Mudhammam (the lowly one) other than his name, Muhammad (the praised one)…but Mudhammam is neither his name, nor is he known by it, and thus their insults were naturally diverted away from him!”

On other occasions, Allah would alter the laws of nature in defence of his Prophet (Sall Allahu ‘Alayhi Wa Sallam). Zaynab bint Harith presented meat that she had packed with poison to the Prophet (Sall Allahu ‘Alayhi Wa Sallam). On placing the meat in his mouth, and without swallowing it, he said: “The bone is telling me that it is poisoned!” On inquisition, Zaynab admitted to poisoning the meat. The laws of nature were altered in two ways: by the poison having no effect on the Messenger, and by the bone informing the Messenger of the poison!

Allah would transform the hearts of the Prophet’s enemies to friends on their first direct interaction with him. The starkest example of this is in the story of Abu Sufyan b. Harith, the Prophet’s milk-brother who loved the Prophet during his childhood but became a stern enemy following the prophethood. Abu Sufyan would frequently insult the Prophet and his companions, but rather than humiliate him, Allah softened his heart to Islam.

Abu Sufyan said: “Allah put Islam in my heart, so I travelled with my wife and child until we reached al-Abwa’. I covered my face and approached until I was face to face with the Prophet (Sall Allahu ‘Alayhi Wa Sallam). When he saw me, he turned away, so I repositioned myself so that I was facing him again.” The narrator said: “Abu Sufyan kept following him (the Prophet) everywhere he would go… until Abu Sufyan said: ‘By Allah, the Messenger shall give me permission (to speak to him) or I will take my son’s hand and die of hunger or thirst.’ When the Messenger (Sall Allahu ‘Alayhi Wa Sallam) heard of this, his heart softened towards him and he allowed him to enter.”[13]

Subhan Allah, the One who humiliates the scorners of the Prophet in this life before the next, averts their insults to useless caricatures or objects, and transforms the heart of the Prophet’s haters to become humbled at his door begging for his pardon! His mockers fail to reduce from his veneration. They are like sloths who spit at the sun: dirtied by their own splutter. They are tarnished in this life before more humiliation in the next.

“Surely those who offend Allah and His Messenger are condemned by Allah in this world and the Hereafter. He has prepared for them a humiliating punishment.”[14]

And all praise and thanks are due to Allah alone.

[8] Sahih Al-Dhahabi on the authority of Abdullah b. Jabir (rady Allahu ‘anhu)

[12] Bukhari on the authority of Abu Hurairah (rady Allahu ‘anhu)

Original Headline: How Allah Dealt With Those Who Insulted His Prophet