It's a new Iraq surge in the making, and it has nothing to do with the US Army.

Thousands of Indian Shias have applied for visas to Iraq, where a deadly sectarian conflict between the extreme Sunni Islamic State of Iraq and Syria (ISIS) and the country's majority Shia population threatens all of West Asia.

There could be many thousands more waiting to do the same, and all the while our intelligence agencies piece together inputs on Indians fighting for ISIS. 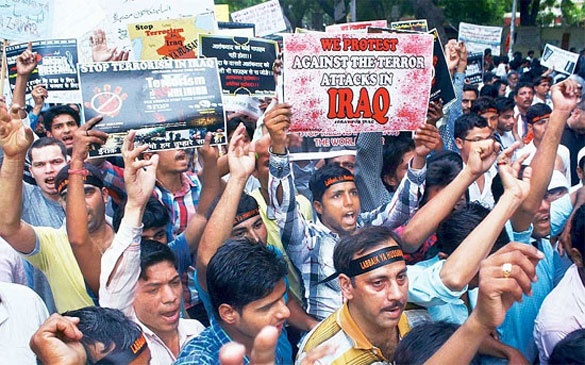 The reason for 'Mission Iraq', most Indian Shias say, is to stand by their brethren, protect their holy shrines and help the relief effort.

Najaf and Karbala are two places in Iraq that are especially revered by Shias worldwide. In Najaf is the shrine of Imam Ali, the son-in-law of the prophet who the Shia believe is the righteous caliph. Karbala, on the other hand, has the shrine of Imam Hussein, the grandson of the Prophet.

After Mecca and Medina, Najaf is considered the holiest site by Shias.

Despite reports that India is a potential target for the extreme ISIS, more than 6,000 Indian Shias have applied for visas at the Embassy of Iraq.

Next week, a delegation of five persons representing the Shia community, including cleric Maulana Kalbe Jawad and prominent lawyer Mahmood Pracha, is expected to travel to Iraq. 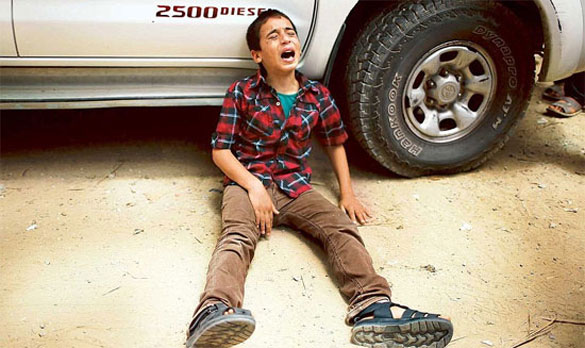 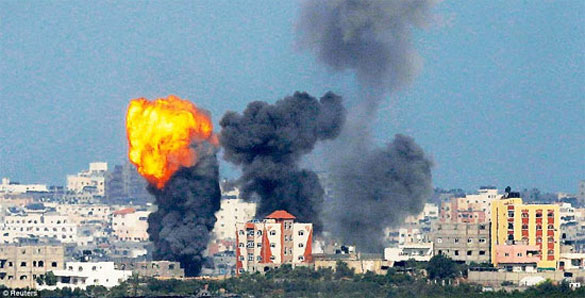 An explosion in the northern Gaza Strip after an Israeli airstrike

"A delegation will be going to Iraq to make an assessment of the requirements there so that our volunteers can visit the country soon and help. We have got visa approvals," Bahadur Abbas Naqvi, secretary of Anjuman-e-Haideri, a Shia organisation that intends to send volunteers to Iraq, told Mail Today.

Naqvi is among the five who will visit Iraq. Anjuman e-Haideri vice-president Rais Abbas and joint secretary Shahzad Hussain are the two other members of the delegation.

ISIS terrorists have been targeting Shias in Iraq, and the dreaded group has overrun several key cities like Mosul and Tikrit.

While 46 nurses from Kerala, who were trapped in the conflict zone, have returned safely to India, 39 other Indian construction workers are still being held in Mosul by jihadists aligned with ISIS.

National Security Advisor Ajit Doval had recently visited Iraq, while Intelligence Bureau Director Syed Asif Ibrahim is said to have to gone to Saudi Arabia to facilitate the return of the nurses to India.

Abu Bakr Al Baghdadi, the ISIS leader and self-proclaimed caliph of the Islamic State, has identified India as an enemy state and claimed it is one of the countries where Muslims do not have rights. 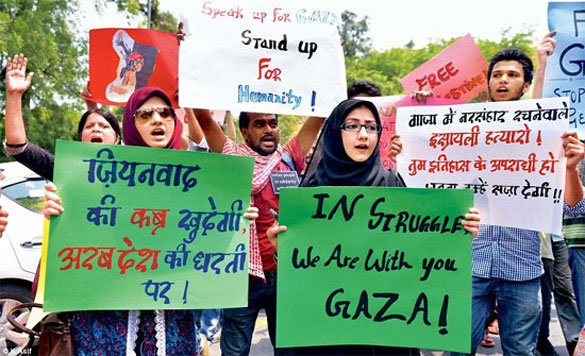 Sources in the security establishment are sceptical about Indians visiting Iraq, and that too for tasks like protecting shrines and supporting the Shia community.

While there have been intelligence alerts about Indians joining ISIS and fighting security forces, there are also concerns about India being a potential target of the dreaded terrorist group.

Sources said Shias from India visiting Iraq could be targeted by ISIS, since India is on radar of the Sunni terrorist group that has been on the rampage.

While a majority of the volunteers who intend to go to Iraq are Shias, there are also Sunnis and a small number of Hindus who are keen to visit Iraq to take part in relief works.

Most of the Shia volunteers are from Delhi and cities in Uttar Pradesh like Lucknow and Meerut.

The Anjuman-e-Haideri has plans to send at least 1,000 people to Iraq after the five-member delegation returns.

"The first batch includes doctors, nurses and engineers who can help in relief work. People who can protect the shrines will also be sent," Naqvi said.

The organisation has written to Prime Minister Narendra Modi and Home Minister Rajnath Singh about its desire to send volunteers to Iraq. Naqvi claimed the Iraqi government does not have a problem with Indians going to Iraq to help.

"The Iraq government has welcomed us. The Iraqi Prime Minister has said he welcomes Indians helping in any manner," he said.

Government sources said background checks will be carried out on people volunteering to go to Iraq.

"We will coordinate with the Iraqi embassy and give them whatever information they need," said a government official.

The Anjuman-e-Haideri says it has already recruited 1 lakh people who want travel to Iraq to protect members of their sect.

Sources said the government does not want any of the Indians who visit Iraq to get involved in any illegal activity.

"We don't want any Indians to be involved in violence," one official said. 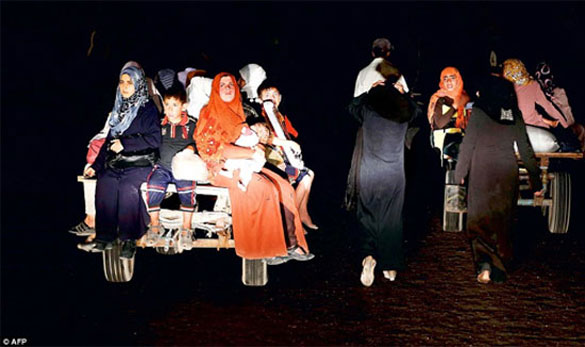 By Mail Today Bureau in Mumbai

Police in Thane are still in the dark about the identity of two persons from the city who are reportedly fighting with the ISIS in Iraq.

Though senior police officers refused to come on record, they admitted that they are yet to find out the truth about the reports of two boys volunteering to fight with the ISIS militants in Iraq.

There were media reports about 18 Indians joining the militants, of which, two reportedly belonged to Thane.

Experts have not ruled out the possibility that the ISIS who practise Salafism could be getting the support from Wahabis in India.

Though Salafism and Wahabism have different origins, the two have a lot of common threads, including their preachers. Police in Thane said even if the reports were true, they would get little help from New Delhi.