Darkness Ahead: The 21st Century Is the Worst Time for Muslims

A Christian couple was burned to death in a Kasur town near Lahore on November 4 because a 50-strong mob of pious Muslims thought they had blasphemed under Article 295C of the penal code. The country was jolted by the savagery of the act, but religious leaders were silent while “liberal fascists” crowded Facebook with pessimism about the survival of a state gone bonkers. 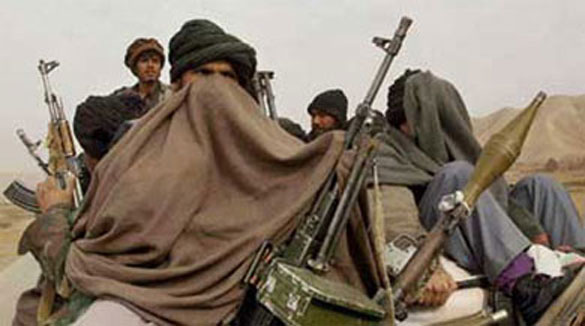 Punjab Governor Salmaan Taseer was killed in 2011 by his own bodyguard for blasphemy. The murderer policeman was given the death sentence by a judge who then ran away from Pakistan to avoid being killed.

The big anti-Indian clerics, like Hafiz Saeed, were silent or didn’t have time to spare from their fulminations against Prime Minister “Moodhie” of India for his alleged role in Gujarat 2002. Punjab Chief Minister Shahbaz Sharif sobbed as he tried to console the Christian family with Rs 5 million and farmland for the three children of the dead couple. As he bent over the grief-stricken Christians, a policeman in Gujrat, north of Lahore, hacked to death a Shia Muslim “because he uttered blasphemous” words.

Article 295C, passed in 1986, is about insulting the Holy Prophet (PBUH), and it hands down death as the minimum punishment. For other offences, like the burning of the Holy Quran, you go in for life. Article 295C is anathema to even medieval jurisprudence, but the Pakistani parliament passed it “because if we didn’t legislate, pious people would kill without recourse to law”, which they do anyway. The blasphemy law says: “whoever insults the sacred name of the Holy Prophet (PBUH) by words either spoken or written, or by visible representation, or by imputation, innuendo or insinuation, directly or indirectly” will be punished by hanging. This is one crime that can be committed “without intent”.

The judicial interpretation of the article also lays down that insulting any of the prophets mentioned in the Quran would attract the death penalty. But the judges who added this “interpretation” didn’t think they needed to read Christian scripture. In any case, most judges think it wise to publicise their piety as orthodox Muslims and would think it below their dignity to read the Old Testament to find an insulting view of the prophets revered in the Holy Quran: Noah (Nuh) who becomes naked after getting drunk, David (Daud) who seduces a neighbour’s wife, and Solomon, whom the holy book accuses of becoming an apostate. I dread the day when a crazy Islam-stricken lawyer takes these texts to the court and asks for the mass extermination of our Christian community.

The flawed logic behind the legislation has been revealed. The legislators said the law would prevent the pious from killing the blasphemous by allowing them recourse to 295C. That has not happened. People get up and kill even when this law is not applicable: for instance, in cases of insult to the Holy Quran, for which the maximum punishment is life imprisonment. The couple burned in the latest case was accused of burning the holy pages.

The Lahore High Court has just confirmed the death penalty for Aasiya Bibi for blaspheming. The case was so blatantly fixed — to oust her family from their property — that late Punjab Governor Salman Taseer had publicly sympathised with her and visited her in prison. He was killed in 2011 by his own bodyguard for blasphemy. The murderer-policeman was given the death sentence by a judge who then ran away from Pakistan to avoid being killed. Taseer’s killer, Mumtaz Qadri, cannot be hanged because of the lawyers of Rawalpindi-Islamabad who champion his cause and will beat up any judge who allows this to happen. One lawyer, who kissed Qadri as he went to court, has himself been made a judge.

The 21st century is the worst time for Muslims. Pakistan is not alone. In Syria, Sunni rebels funded by Arab rulers in the neighbourhood have almost exterminated an ancient Christian community that deserved to be protected because it was there before Islam. If I have to impugn US President Barack Obama, it is on his decision to try and topple a minority-led government of Alawites in Syria, thinking he was serving democracy. Under the Alawites, minorities were allowed to survive. Turkey, which maltreats Alevis at home, joined the Arab Sunnis in the massacre of many religious and racial minorities.

Christians have been leaving Pakistan, just as the Christians of Aleppo are fleeing Syria. Only the dirt-poor are left to be hunted down by a nation gone mad. The same is true for Hindus in Sindh. We are starving them to death in the Thar, where drought takes care to finish them off, even as our decrepit chief minister in Karachi swears they are not dying of hunger. Hindus who can’t save themselves by running off to India are being targeted with “conversions”.

I.A. Rehman of the Human Rights Commission of Pakistan — often accused of working for the rascally West — wrote this month: “Congratulations to the Muslim majority of the Islamic republic that their flock has been increased after the abduction of a 12-year-old Meghwar (an underprivileged Hindu caste) girl, her conversion to Islam and her marriage to a Muslim. Greetings may be addressed to the Dargah at Dharki, Sindh, where the girl saw the light, and the court in Sadiqabad, Punjab, where her statement was recorded.”

A “larger bench” of the Lahore High Court in 2002 observed that “blasphemy cases had increased in recent times and were increasingly defective in evidence”. The court asked the police to get blasphemy investigated by at least two gazetted officers to prevent the lowly functionaries of the police station like the “Muharrir (notary)” from registering a case. Nothing has changed since 2002, except that the power of the clergy in the face of a “weakened” state has increased. The army decided — perhaps too late — to attack the safe havens of terrorists, set up by its own officers, in the tribal areas. If this operation succeeds, the empowerment of the clergy in Pakistan will subside and, to that extent, the writ of the state will be restored. After that — maybe — legislators will have the courage to hearken the voice of 65 per cent of Pakistanis, who, according to a survey, ask for the blasphemy laws to be changed.

Terrorism has weakened the writ of the state, and the vulnerable sections of the population are at the mercy of those who use Islam to satisfy their urge to kill. Not always conscious of the reasons behind the weakening of the state, we often point to the rise of extremism in the country. Extremism cannot take root unless the state that dispenses justice is weak. It is still moot how an Islamic state can modify “eternal” law to let non-Muslims live.

And why has the state become weak? Because, it allowed multiple centres of power to emerge through the practice of proxy jihad. The state was attracted to the use of non-state actors because its nationalism mandated it to fight unequal enemies. Wiser ways of overcoming the superior enemy, like making rapid progress in education and achieving high economic development, were ignored by an establishment dominated by military thinking.