The Rama I Know I Could Not Find in Ayodhya, Seek the Rama Within: A Devotee

He has always been a part of my life: The tales my grandmother told me, Rajaji’s Ramayanam, Amar Chitra Katha pictorials, spiritual discourses on Valmiki’s Ramayana, Ramanand Sagar’s television show Ramayan and the all-encompassing hymn, Raghupati Raghava, have imprinted him on my mind. I do not have to look for him. 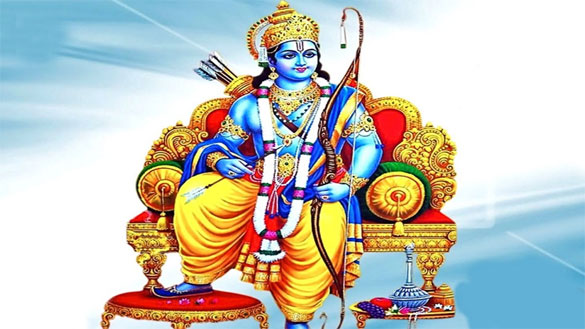 The Rama I know I could not find.

Who is that Rama? 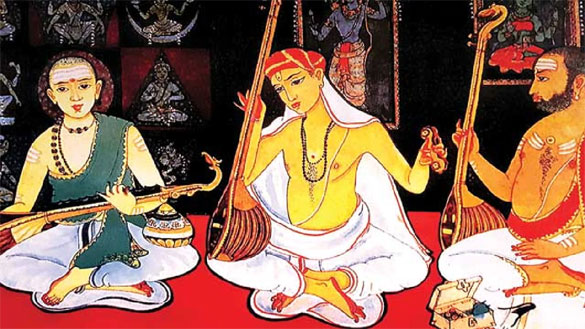 Tyagaraja drowned himself in Rama’s bhakti and was consumed in him. No other god could ever come close to his ishta devata. (File)

For me, the student of music, Rama is there in all I have heard and read but he steps out of texts and stories and comes to life only in Tyagaraja’s Kirtanas. Tyagaraja cajoled, argued, pleaded with, demanded, celebrated and venerated him musically in ragas Kalyani, Bhairavi, Begada, Todi… the list is endless. My guru used to explain the meaning of every line, its mythological context and the attributes of Purushottama. And, on occasion, I would like to believe, he sat quietly in a corner listening to us sing.

Tyagaraja’s Rama is kind, soft spoken and charming. He refers to Rama’s speaking voice as mrdubhasha; someone who spoke mudduga. These adjectives don’t just refer to a superficial aural register. Rather, they are descriptive of a person of love, in Tyagaraja’s words, “an ocean of compassion”, which extends to all living beings. In the kirtana Vachamagocharame, Tyagaraja describes how Rama stopped himself from killing an animal. Would this Rama not have thought of the bloodshed and deaths that preceded the securing of this one specific place in Ayodhya? Would he have not hoped that, on this occasion, as a country, we would at least apologise to our Muslim fellow-citizens for having destroyed their masjid? The Supreme Court described the destruction as an “egregious violation of the rule of law”.

Rama was also his ideal king. Tyagaraja asks, “Can there be anyone who can administer Saketa like you?” Describing his rule as one where the rains are regular, people were healthy and happy sans pride. To a ruler, the identity of the praja is irrelevant and, hence, Tyagaraja never mentions a specific section or special treatment for Rama’s devotees. Everyone is equal, everyone prospers. As Ashoka said, “As I care for my own children, I care for the welfare and happiness in this world and the next of all my subjects.”

PB Mehta writes: In post-mortem of secularism, we are hand wringing over religion, missing the real crisis

While the ground-breaking ceremony was for a satyasandha (Rama), no effort was made on August 5 to remind the people of India that the Supreme Court order also said: “While the ASI report has found the existence of ruins of a pre-existing structure, the report does not provide the reason for the destruction of the pre-existing structure and whether the earlier structure was demolished for the purpose of construction of the mosque.” That, “since the ASI dates the underlying structure to the twelfth century, there is a time gap of about four centuries between the date of the underlying structure and the construction of the mosque”. That “no evidence is available to explain what transpired in the course of the intervening period of nearly four centuries”.

Tyagaraja drowned himself in Rama’s bhakti and was consumed in him. No other god could ever come close to his ishta devata. He opens one kirtana with the line Rama Ni Samanamevaru (“Rama, is there anyone equal to you?”), yet he never denounced any other deity, and even went on to say that there is no happiness in debating and arguing over each other’s faiths. He emphasises elsewhere that “happiness is only bestowed on people who serve everyone without division or categorisation”. Tyagaraja’s Rama was a Dharmatma, one with the inner ethical compass of goodness.

Was there any dharma in flaunting the Bhoomi Puja, making a national spectacle of it, knowing full well that an entire section of the population, not just Muslims, was feeling excluded, deprived, in fact diminished? When the occasion could have been used to embrace them, it was decided to prove a point. With such contrivances at work, would Ayodhya be even a semblance of Rama Rajya? In multiple compositions, Tyagaraja says, “If a person cannot keep his mind under control, if he is egotistic, what is the point of a pooja or dipping oneself in the holy river?”

Self-reflection and surrender to the divine are two sides of the same coin and Tyagaraja never lost sight of this. He hoped that human beings would put aside thoughts that led them astray, “Chede Buddhi Manura Manasa”, he said. And in the composition Dhyamane he asks us to shun slander and violence. Those who claim to be true bhaktas of Rama but engage in or silently subscribe to retaliation, abuse and hatred must reflect upon his words. And we should keep in mind Tyagaraja never indulged in whataboutery; neither did he point fingers at others to justify his own shortcomings.

Tyagaraja was a pilgrim, travelling across towns and villages, seeking his Rama. Yet he was acutely aware of the need to seek Rama within. Even as he sang the praise of the deities in every temple he visited, he spoke of the pointlessness of it all, if we are unable to experience and hold on to that purity within. Even Ayodhya becomes immaterial.

In the words of the ideal devotee:

They walk and walk, all the way to Ayodhya, yet they were unable to find him.

Original Headline:  The Rama I sing about comes to life in Tyagaraja’s kirtanas, which beseech you to seek the Rama within