God Does Not Discriminate On the Differences between Us, We Are the Origins of Discrimination and Injustice

Even before we are born, life chooses for us which type of family we will grow up into and what type of attitudes we will have. We grow up in different nations and cultures, in well-off families or impoverished ones, kind or indifferent, abusive or alone. We do not choose. We find out who we are on this Earth.

From the beginning, we teach our children how to be empathetic, or instill in them discrimination or unworthiness. We teach them to constantly compare themselves to others from the very beginning.

It begins with whether they are praised or not. “Oh, she is such a beautiful baby.” “She is so much smarter than other babies.” “He is so difficult.” Children are compared to each other. Depending on our parents’ response, we feel worthy or not. Either we become too proud or we develop self-hatred. 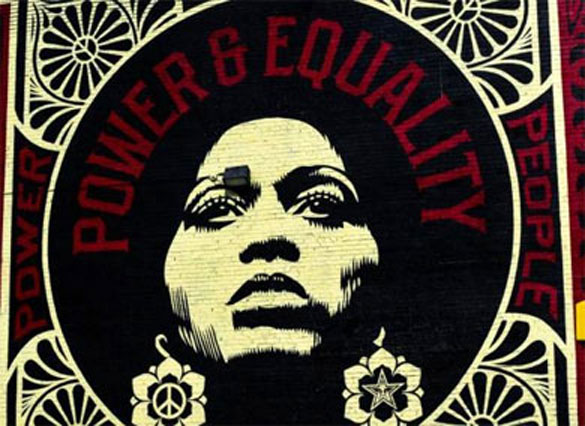 Photo by Mana Amir on Unsplash

We teach our children discrimination. We try to compete by putting our children in too many classes, and some parents cannot afford to and feel bad.  We forget that children need alone time to develop their imaginations. We then teach our children to look down on others less fortunate, and differences in color, wealth, religion, and other differences.

On the playgrounds, children take up our attitudes and begin to look down on others. There is bullying. There is a great deal of pain, sadness, and loneliness. Children begin to distinguish who is popular or not. Who fits the modern fads. Some children cannot keep up. There is a lot of pain and loneliness, and some feel so empty they turn to drugs and alcohol, and get depression or other mental illnesses. Some even commit suicide. These learn to hate themselves and others. Some deeply rebel.

It is strange and almost laughable that in this country in the past, we wanted to burn our skins in the sun to darken them, while we despised those with darker and different colored skins. We would enslave and torture those with darker skin in other parts of the world and here in this country. We would believe that those who had dark skin are strange and not beautiful. Yet we darken our skins… Other people in other parts of the world look down on their skin color and try to bleach it so they can look white. They find themselves unattractive. They cannot marry or they try to marry someone lighter so that their children will be lighter. We should be proud of who we are.

Among Christians, look at Jesus in the churches. He is painted white with blue eyes. Jesus grew up in Palestine and was probably dark skinned with dark eyes and hair. Yet many of our prophets are considered white and even God is painted white.

When we are young, we are considered beautiful. As we grow older with a few lines in our faces and gain weight, and our body changes, we begin to feel inadequate, invisible, and insignificant. We compare ourselves to others. We will do drastic things like going into surgery. We put Botox into our faces, which is a poison. We will burn our faces. We freeze the fat off our bodies. We exercise for hours and try to lose great amounts of weight, only to gain it back again.

We discriminate against the aged, saying “I will never be like them,” making them feel useless and insignificant. We feel life has no meaning as we get older, so we try to turn back the clock. Older people are not treated well by our medical systems.

Women make comparisons and feel that we cannot live up to other women’s standards. We feel competition in pleasing men in this society and compete for men’s attention, as if we are not valuable enough in who we are. We do not value older people who have a lifetime of experience, or recognize that we look more beautiful as we age than when we were younger.

Religion sometimes incites us to discriminate against each other. In many religions they dictate the only way to find salvation is through them, and to discriminate against the unbelievers. We marginalize them, enslave them, even murder them. We make others convert through force, take over countries through imperialism, because we feel only we have found the truth, and want to dominate others.

Now people are beginning to kill others in their places of worship due to prejudices. The perpetrators are so cowardly, like shooting someone in the back. They target defenceless men, women, and children. Look at genocides in Burma, and the Jews in Auschwitz, all because we cannot tolerate another person’s religion, colour, or race. We are the supreme race, we tell ourselves.

We should all direct our prayers and dedicate our lives to the same God. He does not discriminate on the differences between us. When we die, our colors and nationalities do not matter; they all melt away, and we end up in the same grave.

I am a white converted Muslim of French-Canadian descent. I am married to my husband who is dark-skinned from Bangladesh. I remember long ago, I worked with someone while I was going to school as a metal grinder to save money. She was white, dating an African man of darker skin color. The people I worked with said bad things about her and tried to tarnish her reputation. She said she was an impure woman for dating someone of a different nationality and colour.

I knew that soon, I would be discriminated against. But I was so proud to walk down the street and be with my husband—I did not care. I would even have to experience reverse discrimination among Bengalis at times, that I had to prove to be more Bengali and more Muslim to be accepted.

I grew up in a very small town where the majority of people at that time were white. Members of my family were very racist. My uncle was extremely racist; he used the n-word and also used nasty terms for disabled children that I worked with. He only liked whites and Catholics, but those who were impoverished and on welfare were “white trash.”

I was one of those children because of my weight, and because I was not popular and was very poor, I was bullied. I understood at the time what it was to be marginalized. Even from the beginning, I had no conception of the difference between me being white and others being of different races or religions. I was curious, especially about those of the subcontinent.

People of all colours and backgrounds go to Hajj. They wear the clothing that you cannot distinguish one from another in terms of power or wealth. We are all Muslims worshiping the same God.

I felt bad for the racism against people from this region of the world, as well as for the decimation of the Native American culture, and the destruction caused to blacks by slavery and washing out of their culture. If I lived in the time of Henry David Thoreau, I would have been an abolitionist. I would have been part of the Civil Rights movement, the Black Lives Matter movement of that time.

Talking about my uncle, he was very against my marriage. I am considered a bad woman in his book, and he has not spoken to or seen me in 40 years. Although he helped raise me, he hated me because I was different than he was.

I also went for Hajj and saw men and women praying together. They did tawaf together (circling the Kaaba).  People of all colors and backgrounds go to Hajj. They wear the clothing that you cannot distinguish one from another in terms of power or wealth. We are all Muslims worshiping the same God.

I just read the biography of Malcolm X. He lived his life hating whites because he saw them as Imperialists and slave owners, destroyers of people of different colors, religions and race. When he went for Hajj, he saw good people of all races, including whites or fair skinned people. There was no distinction. He saw people or all colors and cultures worshiping together. He completely changed near the end of his life. I greatly admire him. I also greatly admire Martin Luther King Jr. They stood up for civil rights and equality for all.

I was once a victim of crime. A black man attacked me. I never held it against him that he was black. I held it against him that he was just a man that attacked me. Any man can attack a woman. But I have forgiven him. It never changed who I was or my beliefs. It did not make me hate. It made me afraid of all men I do not know, but I do not hate anyone who looks different than me.

We are all under the same God, no matter who we are. We should all love one another and ourselves. We should live in God’s image and strive to be as merciful as He is merciful. We should all try to live up to that standard. God has no color, He is not white or brown, or rich or poor. He is pure light. The science is discovering that the universe has consciousness and that we are all part of that consciousness. We are all the creations of God, and He loves us more than a mother loves her child. We should all love each other, as He does.

Original Headline:  The True Origins of Discrimination and Injustice