Dee yo yo nah prachodayath " 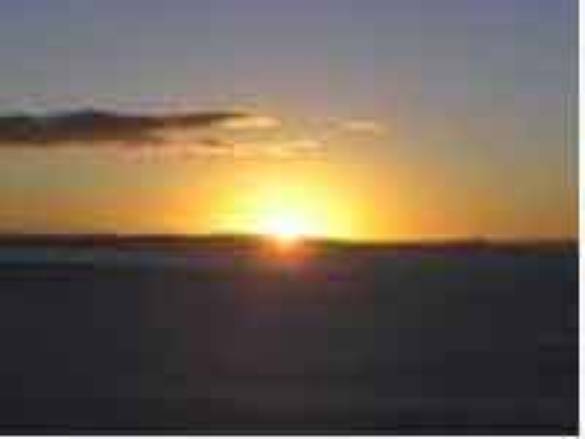 Gayatri mantra has been bestowed the greatest importance in Vedic dharma. This mantra has also been termed as Savitri and Ved-Mata, the mother of the Vedas. The literal meaning of the mantra is:

O God! You are Omnipresent, Omnipotent and Almighty. You are all Light. You are all Knowledge and Bliss. You are Destroyer of fear, You are Creator of this Universe, You are the Greatest of all. We bow and meditate upon Your light. You guide our intellect in the right direction.

The Gayatri Mantra which is called mahamantra is running above ,if you really want or like peace then repeat it again and again, the result you will get yourself.

It is absolutely necessary that you chant this Gayatri Manthra either in the early hours of the morning or in the evening hours. During the mid-day also it can be taken up for chanting, but for certain purposes. When you look upon it as a Sadhana, it is the morning and evening hours which are sacred for chanting.

You should chant this Manthra at least three times in the morning hours and three times in the evening time. When you do this, you can certainly free yourselves from the fruits of your Karma. It is said that a day's chanting takes care of all the ill effects of the day's Karma.

Before the sun rises, everything is enveloped in darkness. Even as the rays of the Sun dispel this darkness, so also the chanting of this Gayatri dispels all darkness and ignorance. The rays of this Sun dispels the area of darkness. Darkness has no place where the rays of the sun reach out. So also once your intellect blossoms forth by virtue of your having been given this Manthra, your intellectual rays will dispel the ignorance which has been persisting in you, will drive away all darkness and endow you with intelligence.

The literal meaning of the mantra is:

O God! You are Omnipresent, Omnipotent and Almighty.

You are all Light.

You are all Knowledge and Bliss.

You are Destroyer of fear,

You are Creator of this Universe,

You are the Greatest of all.

We bow and meditate upon Your light.

You guide our intellect in the right direction.

The mantra, however, has a great scientific import too, which somehow got lost in the literary tradition. The modern astrophysics and astronomy tell us that our Galaxy called Milky Way or Akash-Ganga contains approximately 100,000 million of stars. Each star is like our sun having its own planet system. We know that the moon moves round the earth and the earth moves round the sun along with the moon. All planets round the sun.

Each of the above bodies revolves round at its own axis as well. Our sun along with its family takes one round of the galactic center in 22.5 crore years.

All galaxies including ours are moving away at a terrific velocity of 20,000 miles per second.

And now the alternative scientific meaning of the mantra step by step:

We observe that when an ordinary fan with a speed of 900 RPM(rotations Per minute) moves, it makes noise. Then, one can imagine, what great noise would be created when the galaxies move with a speed of 20,000 miles per second.

This is what this portion of the mantra explains that the sound produced due to the fast-moving earth, planets and galaxies is Om. The sound was heard during meditation by Rishi Vishvamitra, who mentioned it to other colleagues. All of them, then unanimously decided to call this sound Om the name of God, because this sound is available in all the three periods of time, hence it is set (permanent). Therefore, it was the first ever revolutionary idea to identify formless God with a specific title (form) called upadhi. Until that time, everybody recognized God as formless and nobody was prepared to accept this new idea.

In the Gita also, it is said,

meaning that the name of the Supreme is Om, which contains only one syllable (8/12). This sound Om heard during samadhi was called by all the seers nada-brahma a very great noise), but not a noise that is normally heard beyond a specific amplitude and limits of decibels suited to human hearing. Hence the rishis called this sound Udgith musical sound of the above, i.e., heaven. They also noticed that the infinite mass of galaxies moving with a velocity of 20,000 miles/second was generating a kinetic energy = 1/2 MV2 and this was balancing the total energy consumption of the cosmos. Hence they named it Pranavah, which means the body (vapu) or store house of energy (prana).

Tat that (God), savitur the sun (star), varenyam worthy of bowing or respect. Once the form of a person along with the name is known to us,we may locate the specific person.Hence the two titles (upadhi) provide the solid ground to identify the formless God, Vishvamitra suggested.

He told us that we could know (realize) the unknowable formless God through the known factors, viz., sound Om and light of suns (stars).

A mathematician can solve an equation x2+y2=4; if x=2; then y can be known and so on. An engineer can measure the width of a river even by standing at the riverbank just by drawing a triangle. So was the scientific method suggested by Vishvamitra in the mantra in the next portion as under:-

Bhargo the light, devasya of the deity, dheemahi we should meditate.

The rishi instructs us to meditate upon the available form (light of suns)to discover the formless Creator (God). Also he wants us to do japa of the word

Om (this is understood in the Mantra).

This is how the sage wants us to proceed, but there is a great problem to realize it, as the human mind is so shaky and restless that without the grace of the Supreme (Brahma) it cannot be controlled.

Hence Vishvamitra suggests the way to pray Him as under:

Dhiyo (intellect), yo (who), nah (we all), prachodayat (guide to right Direction). O God! Deploy our intellect on the right path. Full scientific interpretation of the Mantra:

The earth (bhur), the planets(bhuvah), and the galaxies (swah) are moving at a very great velocity,the sound produced is Om, (the name of formless God.) That God (tat),who manifests Himself in the form of light of suns (savitur) is worthy of bowing/respect (varenyam). We all, therefore, should meditate(dheemahi) upon the light (bhargo) of that deity (devasya) and also do chanting of Om. May He (yo) guide in right direction (prachodayat) our(nah) intellect dhiyo So we notice that the important points hinted in the mantra are:-

1) The total kinetic energy generated by the movement galaxies acts as an umbrella and balances the total energy consumption of the cosmos.

Hence it was named as the Pranavah (body of energy). This is equal to1/2 mv2 (Mass of galaxies x velocity2).

2) Realizing the great importance of the syllable OM, the other later date religions adopted this word with a slight change in accent,

3) The God could be realized through the saguna (gross), upasana(method), i.e.,

a. by chanting the name of the supreme as OM and

b. by meditating upon the light emitted by stars (suns).