I am never reading dystopian fiction again. And I am never watching movies about pandemics, which I had previously thought fantastical, again either. There is no need to turn to either of these as this 21-day-long lockdown to contain COVID-19 spread has made our life imitate art in a very disturbing way.

Empty streets, masked people in queues outside grocery stores and pharmacies, eerily quiet playgrounds and public parks, and a daily ticker to keep track of the number of deaths across the world – this is our present reality.

Wouldn’t we rather be watching this as a fictional film on a screen with Brad Pitt and Matt Damon in lead roles instead?

But here we are, grappling with all that is strange, scary and new to us. Since the past few weeks, I can hear birds squawking outside my window. It is a lovely sound but I can hardly rejoice at the sight of an avian carnival in the sky when an eerie silence fills up the empty streets on the ground below.

Politics and Pandemics in Dystopia Literature

While good dystopian fiction reflects some truth about our world, the reason we find it engaging is that we know that there is only a slim chance of it ever becoming a reality. Since the past few weeks, however, all of it seems like a cautionary tale that we should have paid heed to.

As early as 1826, Mary Shelly wrote about a global pandemic in her novel The Last Man. The plague that devours nearly all of the human population in her book is assisted by human nature and the politics of the British aristocracy in its spread. 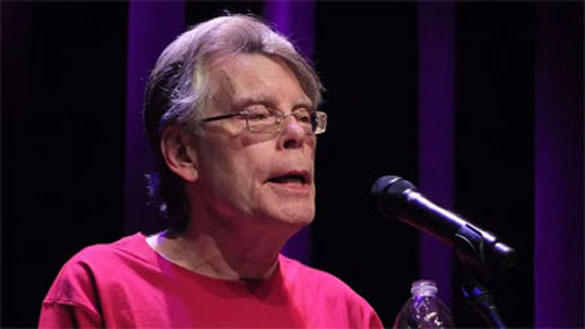 Stephen King, too, wrote about a strain of influenza that causes a global pandemic in his post-apocalyptic novel The Stand in 1978. In a tweet last week, King warned his followers to read chapter 8 from his book that explains the ‘chain letter’ level of contagion. Not surprisingly, the US Government plays down the ‘superflu’ virus’s impact in The Stand and tries to shut down all reporting that contradicts the official story. And you know exactly where to draw the parallels here.

We Were Told To Wash Our Hands

The eerily prescient Contagion from 2011, a movie that everybody has been re/watching now uncannily mirrors our present unnerving reality in many horrifying ways. Soderbergh’s film tells of a novel, and highly contagious, virus originating in China containing bat (and pig) sequences. With scenes of ghost towns, closed schools, mass graves, football stadiums turning into field hospitals…one could easily assume that its writer Scott Burns consulted a crystal ball before writing the script. 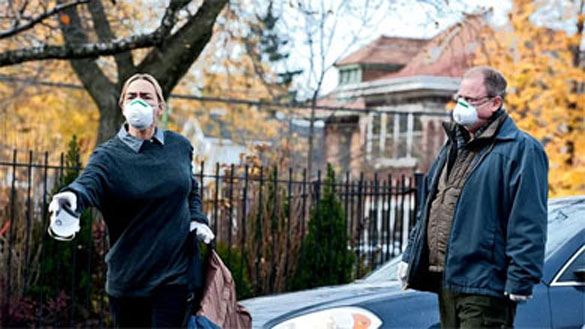 This is purely anecdotal but when Steven Soderbergh sent the script over to Matt Damon to read it, sent a note along that said “Read this and then wash your hands!” Yes, so washing our hands seems to have become our collective raison d’etre. I doubt that even after the world becomes safe once again, we will ever regress to a state where touching any surface, howsoever benign, won’t elicit a Pavlovian response of making us reach for a soap dispenser or hand sanitizer promptly.

An episode of Black Lightning on Netflix, where a fatal virulent infection spreads among meta-humans with no treatment protocol or vaccines in the market to save them has parallels in our reality too. Lynn, a neuroscientist, realizes that the virus is a bioweapon and she struggles to create a vaccine before too many lives are lost. She is seen imploring a dying patient to not give up on her as she sits by their bedside in a hazmat suit.

Speaking of which, I do not wish to watch anything with anything in a hazmat suit in it anymore because god knows I have seen enough of that during this period of lockdown, not only in 93 Days, an absorbing Nigerian film about the Ebola outbreak, but also in WhatsApp videos being sent of buildings in Bandra being sanitized and sealed by people in hazmat suits. With all due respect to the wonderful medical community working on the frontlines of this Corona battle, since the lockdown began, the sight of those decontamination suits even on screen triggers anxiety in me. And to think that until recently I did not even know what they were called! 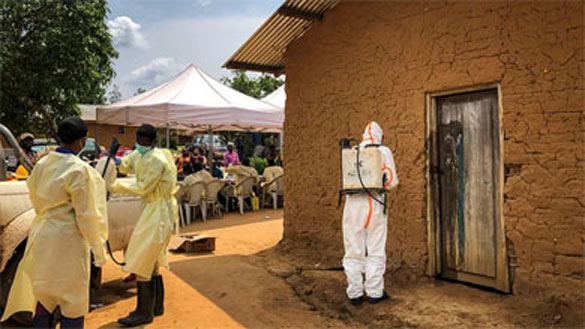 A worker from the World Health Organization (WHO) decontaminates the doorway of a house.

Incidentally, 93 Days (2016), based on a true story, is one of the nicer films about a viral outbreak that should be watched during happier times.

I watched it last week for cathartic purposes and it made me sad even as it stoked greater admiration in me towards people in the medical profession.

In the Bruce Willis, Brad Pitt starrer 12 Monkeys, animals begin to rule the earth as humanity literally goes underground to survive a deadly contagion. We are far from going underground, but there have been reports of all sorts of animals spotted outside of their shrunken habitats over the past few weeks.

Technology Straight Out Of Futuristic Narratives

There are so many other surreal visuals around us these days, scenes that one never imagined would happen outside of a book or a movie screen. Like drones being used to track people down to send them marching back to their homes. Both China and Spain are doing this to stem the reach of COVID-19. Hi-tech surveillance methods to monitor the spread of the virus being used effectively in South Korea and China are right out of an episode of Black Mirror. 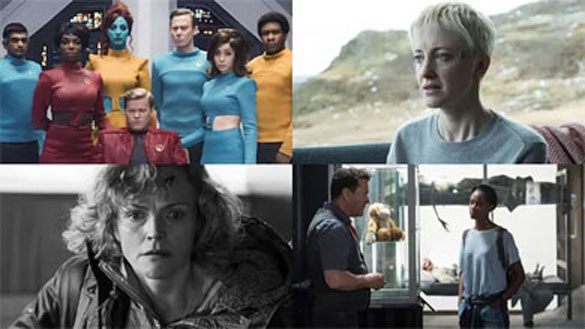 And on a more morbid note, the Olympic sized ice-skating rink being used to store dead bodies in Madrid may well belong to Margaret Atwood’s The Handmaid’s Tale. On a positive note, our virtual lives are also following sci-fi narratives during this period of self-isolation.

The ability to see other people, captive in their homes, sharing your fears and anxieties with them face to face over a glass of Malbec can do so much to alleviate loneliness. We have had video calling around since a while now, but I cannot help but think of Star Trek’s communicator panels every time I am speaking to someone on FaceTime these days. 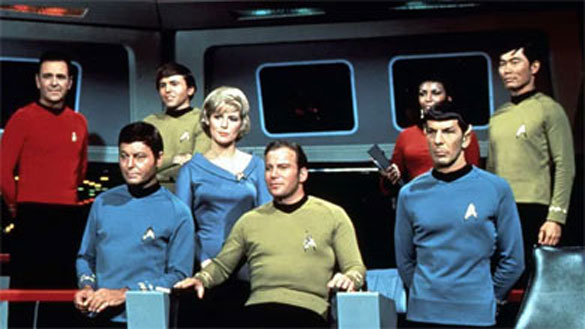 What COVID-19 Outbreak Can Teach Us About Life

Video calling has made the 21-day lockdown so much more bearable. Business meetings, group cocktail parties and yoga classes it is all happening on Zoom. We aren’t islands in the time of corona, we are archipelagos instead. The extraordinary thing about most life forms on earth is their ability to adapt in the worst of circumstances. And we are all adapting to this life of social isolation. My 12-year-old is to attend a friend’s birthday party on an app called ‘House Party’ next week and we both know it won't be the same as physically being there, but still, it counts for something.

While technology is helping us to escape from this disturbing reality, we must remember that in our country access to cellular data or the internet is a privilege, as is self-isolation.

Our poor cannot afford either. We begin to panic when our Instagram doesn’t load but we forget that people in Kashmir had no access to the internet at all for months. Our surreal present will hopefully teach us one thing, that fiction must be taken seriously and that if we don’t strive to create a more equal world where every life form is respected and the laws of nature honoured, our lives will be rendered dystopian forever.