There’s one thing that I really can’t stand—and that’s bad manners. I’m not bragging, but I do think I’m polite. That’s something that I love about myself. Saying ‘please’ and ‘thank you very much’, ‘if you don’t mind’ and so on comes naturally to me, and I really mean it when I use those words. And so, when I see people behaving absolutely manner-less, it really disgusts me.

Some years ago, a friend of mine, Samir, came to visit me when I was staying in my mother’s house. It was wonderful meeting him after a long time. He stayed with us for three days. 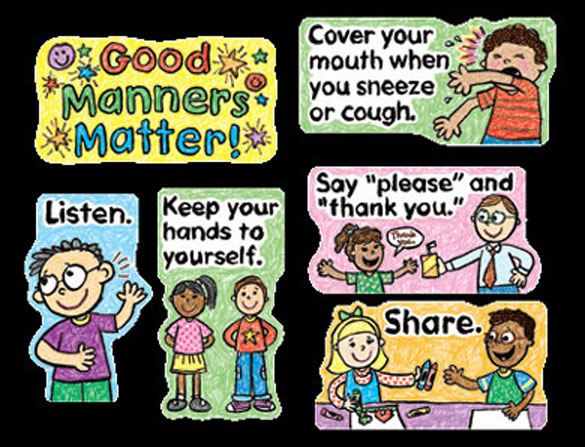 Mummy generally goes overboard when guests come visiting—sometimes it gets really embarrassing for me—and that’s precisely what she did when Samir came. She found out what his favourite dishes were and then made almost all of them for him. One day, she took us out for a picnic, and the next day she bought tickets for us for a play.

Mummy didn’t really have to do any of this, you will agree. After all, parents don’t generally go out of their way like that for their grown-up children’s friends. And, then, it was only the first time she was meeting Samir.

But that’s how Mummy is.

Samir gave me a hug and walked towards the door, dragging his suitcase behind him. ‘We’ll meet again, we’ll meet again.’ he said. ‘I’ll leave now. I want to do some shopping before I get to the station.’

Saying that, he slipped out of the door and got into the elevator.

‘Bye’, he said, grinning and waving out as he slammed the elevator door shut.

Not a word of thanks!

He need not have thanked me, although he could have—but after all that Mummy had done for him, not a word of gratitude or appreciation for her! He didn’t even bother to meet her and say bye!

What cheek! How simply disgusting!

You know how easily love can turn into hate: after all, it’s the same energy, though flowing in the opposite way. Today you love someone and you think he’s the best, most adorable person in the world and that you can’t live without him. You dismiss what others regard as his irritating foibles as cute and harmless eccentricities. But tomorrow he says or does something and suddenly there’s no one on the face of the earth whom you hate more than him!

It’s so easy for the best of friends to become the worst of enemies!

Something like that happened between Samir and me that day. I didn’t fight with him, though, nor did I say even a word to him about his appalling lack of manners. I simply decided that I would ignore him from then on. I thought he was so sickeningly manner-less and ungrateful that I made up my mind, there and then, that I would have absolutely nothing to do with him again.

Years passed, and I had no communication with Samir. But in between, once every couple of months, I would think of him and remember how disgustingly he had behaved.

Just the other day, I was provoked to think of Samir again, but this time in a different light. I was reflecting on gratitude and how important it is to acknowledge all that we receive from others when it struck me that everything that I ‘have’—the clothes I wear, the food I eat, the water I drink, the computer which I work on, the chair I sit on, the ground I stand on, the air that I breath, the room I sleep in, the body that my soul inhabits, and my very soul, too—all of these and everything else that I can imagine are not my own. Rather, they have all been given to me to use by Someone else: by God. And, I discovered to my horror as I continued to muse, all these almost fifty years of my life, I’d never even once thanked God for any of the in numerable things He had provided me with!

How disgustingly ungrateful I was!

For all the ‘good manners’ which I prided myself on, I had never felt any gratitude to the One who had so generously granted me everything I needed without my even asking Him for it. He continued to give me all that I required despite my never bothering to acknowledge His generosity. He hadn’t abandoned me for my not even once thanking Him for His kindness. Not for a moment did He stop giving me all that I needed all along!

At that moment, I remembered Samir. And do you know what? I thought of him with great fondness! Compared to his ‘misdemeanour’—of not thanking me and Mummy for three days’ hospitality—my appalling bad manners, of not thanking God even once for almost fifty years of His care and concern, seemed so utterly trivial! 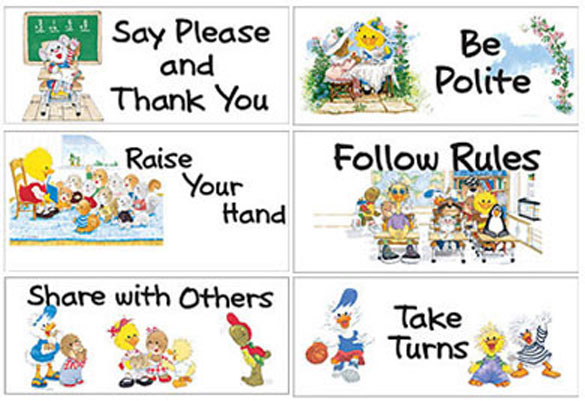 And do you know what else? I got in touch with Samir, and now he and I are good friends again! He’s probably coming next week to visit me!