The Faces behind the Masks We Wear

We all do a fair amount of acting, especially with people who we consider superior to us or more powerful than us or whom are economically dependent on. At the root of this behaviour lies fear. We fear that if don’t put on an act in front of such people and, instead, we behave just as we feel and truly are, we might face some sort of harm from them or have to suffer their wrath. We think that by putting on an act we can save ourselves from such an unwanted situation.

A domestic servant might feel compelled to appear to be extra polite to his employee, not because he is particularly fond of him, but simply because he fears that if he doesn’t bow and scrape before him, he could easily lose his job.

A woman who has no source of income of her own might feel forced to pretend to cheerfully accept her husband’s outrageous demands and brutal treatment, not because she likes doing so, but simply because she fears that if she doesn’t do this, she’ll be turned out of the house and into the streets.

A junior in an office might feel compelled to flatter his boss and laugh at his inane jokes even if he doesn’t find them at all funny, not because he is particularly fond of him, but simply because he fears that if he doesn’t behave this way, he will not get the promotion that he hankers after.

A boy might feel forced to appear respectful to his father and do exactly as he tells him to, not because he thinks his father is right or because he truly respects him, but because he fears getting a beating and being hollered at if he disobeys him.

A university student might be obsequiously polite to his professor, not because he thinks the man is especially wise and kind, but simply because he fears that if he doesn’t flatter him, he might give him poor grades, or even fail him, in the upcoming examination.

A man travelling on a train with a ‘wait-listed’ ticket might be especially courteous to the ticket-inspector, not because he really thinks he deserves such treatment, but simply because he fears that if he doesn’t do this, he will not allot him a berth to sleep on.

If in our behaviour with people we fear we thus often do a heavy amount of acting, become what are called ‘people-pleasers’ and do not behave as we truly are and feel, it is generally in how we relate with people we think we can easily do without or who are economically dependent on us or whom we otherwise do not fear that our real selves are truly expressed.

Thus, a good reflection of a person’s reality is not in so much in how she relates to her boss in the office as in how she treats her maid at home. A university student’s true nature is expressed less honestly in how he behaves with his professor than in how he behaves with the man who drives the cycle-rickshaw that he travels in. A domestic servant’s inner reality manifests itself not so much in his behaviour with his employer as in his behaviour with his wife and with his ailing and aged mother-in-law who is economically dependent on him. A newly-wed bride’s reality is expressed less in her cultivated coyness in front of her husband than in the way she responds to a beggar who implores her for alms. 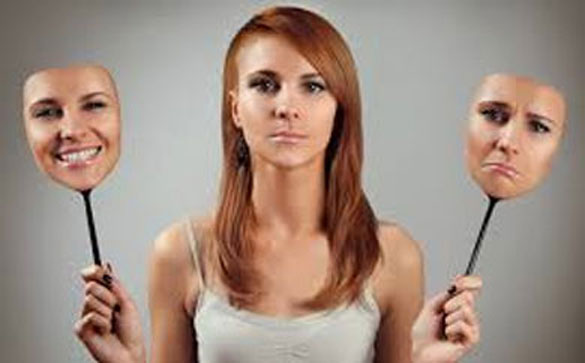 Sometimes, we get so carried away by what we think is the compulsion to put on an act with people whom we consider superior to or more powerful than us or whom we otherwise fear that we begin to mistake the masks we wear as our true faces and lose complete touch with our own reality. A good way to get back to the reality of our selves is to observe how we relate with people whom we don’t fear—often people ‘lower’ than us—for that is often when we clearly express who and how we truly are.