The Injustices of Just Wars: Human Beings Are As Yet Animals

This is the seventieth anniversary week of what is considered as the most horrible finale of the world war two- WWII.

Two Atomic bombs, the ‘Little-boy’ and the ‘Fat-man’ were dropped on the two southern Japanese cities of Hiroshima and Nagasaki. Estimates vary as to how many innocent people perished instantly.

But nobody questions the scale of the horrors that visited the two cities on 6th and 9th August 1945; that brought the end of the war also in the Far East Asia.

The fact that over the five year period, prior to dropping the A-Bombs on Japan, millions of civilians had perished during that War in air raids, bursting of large storage Dams to devastate downstream cities (Ref. Britain’s Dam Buster Heroes) and carpet fire bombings of cities all over Europe, Far East and Japan and reported cruelty to prisoners of war by some warring nations. Not forgetting the large numbers of lives lost at sea in the naval battles.

But the hundreds of thousands of people killed in an instant on these two days stand out as the apex of mankind’s inhumanity to Man: perpetrated by one nation, namely the United States of America, in collaboration with its Allied nations.

However World War Two was not an isolated and the only war mankind has fought with equal gusto in the past or since the end of this war ‘to end all wars’. Vietnam, Cambodia and now the massacres and devastations and cruelty in Middle East are but a few examples where human and animal life was and in slaughtered and total annihilation of nations is undertaken at the altar of national and strategic interests. Often also the war waged under the umbrella of religions, as is the case in the Muslim world now.

A world which first and foremost is well aware of the code of Deen given to it as:  “one who takes an innocent life is as if he has killed the whole Nation…”

Has WWII stop any subsequent wars?

It is also not the first time that the ethics, morality and theological justification of war is questioned.

What may be questioned is that in the long long period of human development why has mankind yet not advanced intellectually as human species to devise means to avoid such conflicts and to eliminate wars? Or to find alternative means to solve conflicts that always lead to wars.

Yet its scientific and technological advances have produces more and more efficient weapons and name them “clean bombs” that kill human beings but leave infrastructures standing intact. These clean bombs are also called “chemical weapons”!

All this destruction is and has been debated under the heading of Just War. It seems paradoxical that a noble word like Just denoting fairness, equality, equity and even peace is linked to its complete antitheses that is War, which is essentially a human  activity undertaken for killing and destruction!

Besides the convoluted moral and ethical arguments given to justify wars, theological arguments are also given in all religions, with various degrees of checks and balances to soften the impact of wars.

Simply put, the definition of just war is therefore touted as “A war that is deemed to be morally, ethically or theologically justifiable”. Further the checks and balances are stated as:

On the basis of the above, it may be argued that dropping of not One but Two A- bombs, three days apart, when the effect of the first bomb was clearly evident and documented; was not proportionate to say the least, as Japan did not possess similar weapon of mass destruction and further it is alleged that it was ready to surrender even before the bombs were dropped, following the surrender of Germany!

It is also alleged in some quarters that the prototype of the A-bomb was ready and available before Germany; the original belligerent nation had signed the unconditional surrender. So why was it not dropped there? Would that not have brought about the surrender of Japan; but who is to know that? 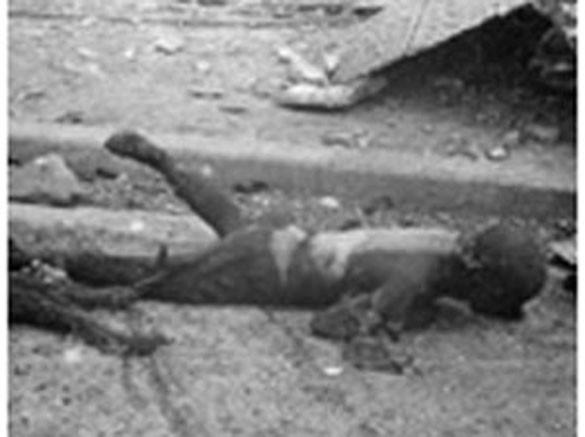 Can it not be argued then that, apart from few other strategic reasons: like demonstrating to Russia the awesome power that the Allies possessed; it was necessary to test the weapons on “live targets”; to prove their effectiveness as a deterrent?

After spending two billion dollars on their development, could this have been the imperative?

Two billion dollars it seems have more value than human life in war. An additional justification in hand for justifying a just war. Because Just war theory suggests that traditions, ethics, morality and theology, all can be manipulated to justify a war, as long as the outcome –that is victory can be assured. “Life” does not feature in these arguments.

Strangely enough this is in spite of the so called Non-proliferation Treaty of Nuclear Weapons (NTP).

An encouraging sign that were in 1968 a landmark move indicating humanity at last has grasped the nettle for peace and is ready to move on the path of intellectual development, if not to eliminate war, at least to minimize destruction of human life and perhaps to put some value on it for the future.

That was way back in 1968. The treaty was presented for ratification by the world nations in 1970. In 1995 it was extended indefinitely. Since then most of the nations of the world have signed the treaty, including the members of the so called Nuclear Club.

Ostensibly this treaty is to prevent the spread of nuclear weapons. Most significantly, for nations of the world to co-operate to achieve complete disarmament and then perhaps hope for the end of wars as intelligent human beings should. And finally to achieve peace and harmony in the world.

A Nobel Peace prize, by one of the biggest war-machine manufacturer was awarded on the above premise to the leader of a nation, barely a year in the office. A nation that had dropped those two bombs on Japan in the first place.

It is said that the recipient of the award was himself surprised at the honour given. Not surprisingly, so was the rest of the world too.

Two decades into the treaty and the world is no safer than it was seventy years ago when the A-bombs were dropped.

And ‘disarmament’ has not even begun.

There is now more of the efficient and technologically advanced arsenal in the world than it was then. The President of the United States of America, the Peace prize winner has now barely a year left of his tenure to do something to justify the award.

All these advancements are achieved under the guidance of science, technology and thinking faculties gifted to mankind by Nature. These faculties are absent in animals.

Is war therefore a faulty gene that mankind has, and therefore war is a genetic malfunction-activity of human beings? Or is it that the general classification of mankind as “animal “is aptly applied for that reason?

An old hilarious film called “Animals are beautiful people”, from South Africa gave the world belly ache with laughter. It depicted some animal behaviour not much different to human beings. It is hoped that a similar picture will be made one day when there are no more wars and called Human beings are Beautiful People too!