But first, a shocking experience during burial of a friend at the Cemetery of the largest Muslim sect,

The deceased was a simple working man and head of family who was lovingly and diligently cared for in life by a family of a minority “Muslim Sect” known for its charitable work in the community.

At the time of lowering the body in the grave, the writer looked round to get one or two of these family members to lend a hand to perform the last rite for the burial; for it is considered an honour and meritorious deed to do so.

In addition it was felt that it was their right to get the acknowledgement from the rest of us for their services rendered over the years to the deceased person’s family.

However there was nobody around in the small group at the grave site from the benefactors. They and the grieving widow were all waiting outside the cemetery as complete strangers!

The appeal to join in performing the last rites was turned down—“”They” will kick us out and perhaps you too” was the polite answer.

It was also realised that “they” would not have allowed the widow at the grave site, among the men.

The priest leading the rituals was quick to seize the opportunity and had ordered the lowering of the body in the grave. The dirt was shovelled in and all was just about over! 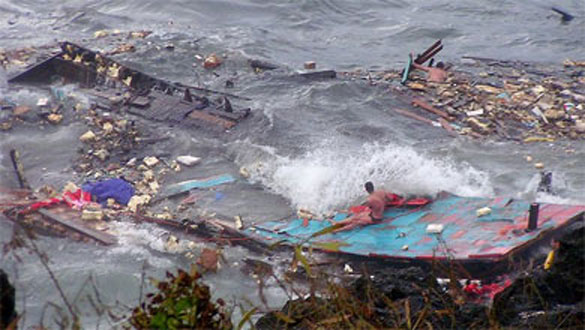 Humans of different religions do not get buried in one cemetery on land. But the refugees are, in the watery-grave when their leaky boat disintegrates on rocks.

Otherwise on land in death too do us part is the motto of religions.

In this matter Religions play an important part in the cemeteries too, as in life!

Over Fourteen centuries have gone since the Almighty inspired His Apostle Muhammad, the Muslims call our Apostle; to declare to the world that:-

And in 49:10 - Believers are brethren, so make peace between your brethren and keep your duty to the Lord that mercy may be had on you.

These are not the only verses in Quran – a Book common to all Believers, where maintenance of unity of human beings is advocated as a duty for peace on earth.

Again according to the Book, and in the extension of the messages of all previous Messengers, this advocacy is the common theme; as Quran assures us that all the Apostles, named or not, were given the same messages and to all the nations of the earth.

Therefore, unity of mankind and brotherhood of believers is the essential message of all the Apostles and all nations.

This is affirmed in 42:13 where some of these Messengers are addressed by name: …Namely that you should remain steadfast in Deen– the given Code of life- and make no divisions there in…

In 3:76 we are told that – Those who keep their plighted faith and act aright, surely God loves them.

But in 6:159 we are warned– As for those who divide their Deen and breakup in to sects, you (Oh Apostle)are not to maintain any relationship with them.

And even sterner warning in 3:77 – As for those who sell the faith they owe to God and their own plighted word for a small price… God will sever all relations with them in the Hereafter…

The above must have prompted an Urdu poet to state:

Their temples, this mosque are gold-trading houses – if they are their god’s houses, he is not my God.

In the context of just these few verses, the message given for mankind as a whole is to maintain unity, brotherhood and peace.

Not dwelling on the wider framework of nationhood of Human beings as given in the Book, the Brotherhood of Momins is however pondered upon.

There is no distinction made in the Book as to which sect, large or small, is the guilty party for dividing the Brotherhood. Therefore it stands to reason that according to the Book and as explained by another poet, Iqbal, everybody is a Disbeliever-Kafir:-

In my view you are a kafir same as you consider me a Kafir.

All those sects and denominations, who attach a qualifying word (adjective) to the noun Muslim/Momin, are therefore outside the pale of the Brotherhood of Islam.

The sectarian and acrimonious divide, the poet says, is largely to increase number of their followers: تيرا دين نفس شُماری ميرا دين نفس گدازی!—Your Deen is to count souls; my Deen is to win hearts. 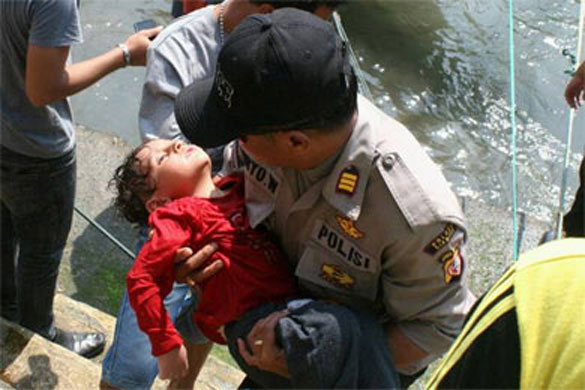 Accordingly, just because they have majority of followers, the larger sects are not ‘Believers’ as much as the smaller sects cannot claim that they are the only true Believers!

In the Book the Momin/Believer has no qualifying word attached to it. Hence ALL are Kafir, if the Book is to be believed sincerely.

Although Almighty Creator’s time scale is much different to humans, it seems inordinately slow righting the wrongs that has been perpetrated by the Kafirs on this issue and acrimonious sectarianism applied in His name that has caused untold trauma and strife. That is against His laid down track-work– Sirat-ul Mustaqeem- for His created humanity.

It is evident from old and modern history, that the most tyrannical rulers have always made the greatest use of their religions and their army of religious operatives, to maintain their hold on power.

2-79: Then woe to those who write the book with their own hands, and then they say “This is from God”.

Why do they do it? To traffic with it for meagre gains!

God curses them and their gains: Woe to them for what their hands do write.

And the gains they make from it!

But the Kafirs have been given this mindset by their minders: 2-80: And they say “the fire shall not touch us but for a few numbered days”!

This mindset is at work in almost all Muslim countries to further their strategies and agendas in collaboration with others. Each opposing Muslim side today is interpreting the Book to justify its actions in the name of their Islam. The Islam of many books!

So as to increase the number of their followers!

What is forgotten by this falsehood is that there are “them others” too on the side lines, actively promoting the breakup of this brotherhood, often by covertly supporting one or both sides of the divide. But willingly invited in to do so.

As a consequence what is then left for the brotherhood to inherit, are the ruins and devastations of unimaginable magnitude which the “others” then rush in to ‘repair ‘at enormous cost that then enslaves the nations for decades.

And the innocent lives lost and destroyed is only counted as ‘collateral’ damage!

The enemy of my enemy is my friend is at work there. When the opposing brothers are exhausted and ruined, the opportunistic friends, the saints - go marching in to finish off what is left standing.

The Islamic State, Like Osama Bin Laden and Al Qaeda Has Been Consciously Created By the U.S: Confirmed By the Release of Classified Documents of the US Defence Intelligence Agency by Judicial Watch

But, why point the finger at the unfriendly opportunistic “others”?

When Muslims rightfully concerned with the sorry state of the Brotherhood, point the finger at others, they have to realise that the rest of the fingers of the hand point inwards, towards them, as the saying goes!

The concerned Poet of the East- the religious brigade instead dubbed him Kafir- Iqbal, who laments that neither Razi nor enlightened wise man can untie the entangled knots for the so called Believers, unless and until the Book(Quran)is imprinted on their conscience:-

The hundreds of thousands of asylum seekers, women and children from third world, of whom the majority are Muslims today, perish at sea in a common watery grave, and millions languish in Refugee camps.

The governments/rulers/Hakims/Khalifa and the elite of these countries whence poor asylum seekers flock; should hang their heads in shame.

These images of their countries are splashed for the world to see. They present them as depraved, third world, utterly inhuman and as failed states.

Adding further to the trauma of hatred inflicted on refugees in the host countries. (Violence on Kos as Greece struggles to cope with migrant numbers- EuroNews)

But it seems the consciences of the rulers and elite are well and truly dead and buried in their separate cemeteries on land, where they will one day be buried in their velvety coffins.