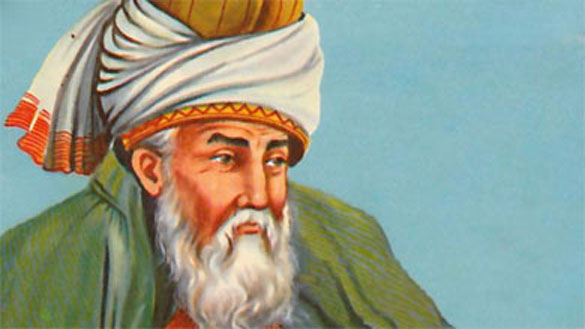 Like the Sufis, are we willing to let go of the labels we are born with?

The Light is one, the lampshades are many/Define and narrow me, you starve yourself of yourself/Nail me down in a box of cold words, that box is your coffin/I am not a Christian, not a Jew, not a Hindu, not a Zoroastrian/and I am not a Muslim/I do not belong to any land, or to any known or unknown sea/Nature cannot own or claim me, nor can Heaven/My birthplace is placelessness/I am that cat, this stone, no one/I have thrown duality away like an old dishrag — Jalaluddin Rumi.

(Transcreated by Coleman Barks in The Essential Rumi, Harper Collins)

This quote has always been one of my Rumi favourites. It challenges the cheap Islamophobic stereotype that Muslims cannot be universalists, non-dualists, or mystics. “The Light is one, the lampshades are many”, invites comparison with Ramakrishna’s metaphor of the many paths leading to the top of a mountain — while you are struggling and sweating it out on your chosen path, the other paths look very different, some forbiddingly so, the others extending a hand of invitation and welcome.

Yet, from the vantage point of the summit, all paths are the same.

I love the neither/nor logic of Rumi’s rejection of all identity labels. So often, especially in a world polarised and divided on religious and communal lines as never before, labels are all important — “I am this sect of—”, we proclaim with badge-flaunting arrogance, marginalising the Other that happens to be part of another sect of the same faith, or worse yet (tauba, tauba), a member of THAT religion.

Rumi refuses to be boxed in to any faith label, including Islam — the “box of cold words”, a coffin. What does Rumi mean when he argues that the coffin is the labeller’s coffin too? One possible interpretation: When I “box” in the Other, I am also “boxed” in — a symbiotic dance that locks the labeller into his/her own label. Perhaps this refurbished Hegelian dance of self and other, lies behind the popular dictum that when I point a finger at the Other, the four other fingers point back at me.

Rumi moves beyond faith labels to any other kind of label: Fast forwarding to the 21st century, this could include limiting of any kind that freeze frames one into an identity — an identity based on religion, gender, sexual orientation, nationality, caste, class or race.

Rumi goes beyond identity to geographies of “placement” and settled habitation in any sense.

Hence: “do not belong to any land, or to any known or unknown sea. Nature cannot own or claim me, nor can Heaven.”

The question arises, particularly in our current context of diasporic and reverse diasporic migration, refugee migration and more: Can one ever claim to be “placeless”? Surely, we are “thrown” as Heidegger would have it (a brutally expressive metaphor), not “merely’ into “the world”, but also into a specific life world by virtue of birth and conditioning?

Yet, our own unsettled diasporic consciousness points to a portal beyond the entrapment in any given life world. Our “thrownness” is challenged gently or forcefully disrupted by exposure to multiple lifestyles and value systems.

Even if one can remain in a frozen single culture frame (that old style ethnographers used to love about the tribal cultures that they dissected with colonial zest), one is still exposed to other cultures, with flows of attraction, love-hate and plain repulsion toward their mores, via TV and the internet.

Thus, at least “in theory”, one can certainly visualise “placelessness” as one’s “place” in Rumi’s imaging, more so today than in his time.

Few in Hinduism or any other faith, have expressed the idea of non-duality (Advaita), with such simple poetic eloquence: “I am that cat, this stone, no one. I have thrown duality away like an old dishrag.”

In a paradoxical sense, when one is no-body, no label-able or place-able entity, one is also everybody and in all things — part of that cat, this stone, the lovers copulating with desperate urgency on the beach, hoping to reach climax before the cops show up, the dog urinating on the tombstone, and the putrefying remains in the grave.

Of course, one could and perhaps should argue that such sentiments are hardly unique to Rumi. Advaita Vedanta is an obvious parallel, but one can also find resonant expressions in other Sufis.

Our very own Kabir comes close, as does Bulleh Shah.

Consider these lines from Bulleh Shah:

The day before, Bulleh Shah was an atheist/He worshipped idols yesterday/Bulleh loves the Muslim and salutes the Hindu/I know not who I am/I am neither a believer going to the mosque, nor a non-believer/I am neither among sinners, nor among saints/I belong neither to water, fire, nor air/I know not who I am/Nor am I born of Adam and Eve/I have given myself no name — Bulleh Shah: The Mystic Muse tr. K.S. Duggal

Bulleh adds a few more dimensions to Rumi’s “neither/nor”: He invokes the elements earth, air, fire and water, and claims he does not belong to any member of that set. There is also an explicit rejection of the ancestry of Adam and Eve, claimed by the Judaeo-Christian and Islamic traditions.

Most controversial: He goes beyond the theism/atheism binary. For many, that may be more challenging than Rumi’s lines. The real existential challenge/tease for all of us is: How willing are we to resist the pseudo-comfort of memetic and conditioned labels?