For Swami Vivekananda, India Was Always a Spiritual Land

In the aftermath of destruction by deluge in Uttarakhand, the political establishment’s approach to the State has come to be questioned. Is the Himalayan province a mere real estate with great potential in hydroelectricity, leisure tourism and industries? Or is it a celestial land (Dev Bhoomi) resplendent with the heritage of seers, the sacred Ganga and pilgrimage spots. 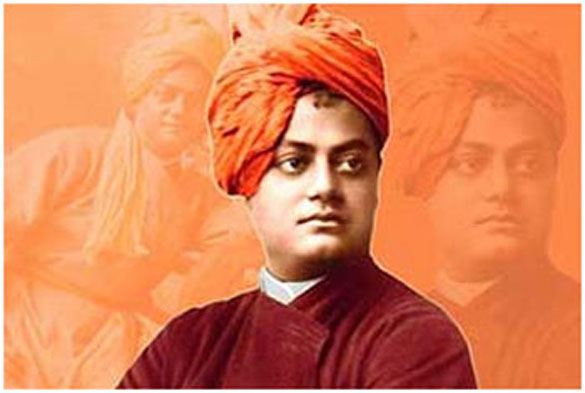 In a wider context, the debate holds true for India as a whole. What is India? Is it merely a constitutional construct – a union of States? Is it a concourse of disparate linguistic, religious and ethnic groups? Is it a nation formed by incessant invasions and migrations from the Central Asia (‘Karva baste gaye / Hindustan Banta Gaya)? Is it a ‘prison-house of nationalities’ as the Maoists claim? Is it merely a populous and chaotic bazaar of humanity plagued by underdevelopment, corruption and discrimination? Or is it an emerging ‘Superpower’? India can be described in various ways depending upon the worldview of the observer.

The public discourse on India is relatively recent. It had its beginning in the politics of constitutional agitation post-1857. Dadabhai Naoroji, WC Bonnerjee, Pherozeshah Mehta, Surendra Nath Banerjea and Lal Mohun Ghosh etc were its earliest proponents. To these Congress pioneers, India was a political construct. They were stalwart leaders no doubt. But to them, the commonality of political interests held India as a nation together. Surendra Nath Banerjee, while delivering a speech themed ‘Indian Unity’ in Calcutta’s Medical College Auditorium on March 16, 1878 found English education and Railways to be the principal factors of Indian Unity. A third of his speech dealt with ancient Greece and Rome accompanied by examples of Switzerland and recent Italian Unification! To Dadabhai Naoroji India was a mass of humanity politically better off but economically worse off under the British rule than ever before! To WC Bonnerjee and Pherozshah Mehta India’s salvation lay in responsible & representative Government and modern education!

But it was Swami Vivekananda (1863-1902) who altered the public discourse on India. He affirmed that India is fundamentally a spiritual land. His was an act of spiritual intuition not political cogitation. He first spoke of the spiritual characteristic of India in Chicago. The Chicago speech series was delivered in 1893, the same year another seer Sri Aurobindo returned to India. It was a year before Bankim Chandra Chattopadhyay, the lyricist of Vande Mataram, passed away. Bankim had anticipated this spiritual nature of India.

Vivekananda first pronounced this idea unambiguously amongst the Hindus of Sri Lanka i.e. the Tamils on his return to the West. “If there is any land on this earth that can lay claim to be the blessed Punya Bhumi, to be the land to which souls on this earth must come to account for Karma, the land to which every soul that is wending its way god ward must come to attain its last home, the land where humanity has attained its highest towards gentleness, towards generosity, towards purity, towards calmness, above all, the land of introspection and spirituality — it is India,” he stated in Colombo on January 16, 1897.

He had the opportunity to visit Roman ruins in Italy before sailing back for India. “There was a time when at the sound of the march of big Greek battalion the earth trembled… There was a time when the Roman Eagle floated over everything worth having in the world… But the Capitoline Hill is a mass of ruins; the spider weaves its web where Caesars ruled. There have been other nations equally glorious that have come and gone, living few hours of exultant and exuberant dominance and of a wicked national life, then vanishing like ripples on the face of the waters. But we live…”

India has survived historical concussions because its soul was not in political institutions but in religion. Vivekananda emphasised upon this aspect. His journey to the West was preceded by a rigorous tour of India. He had met thousands of Indians from princes down to paupers. The summation of this tour was reached at Vivekananda Rock off Kanyakumari, a Shaktipeeth, where he had a spiritual vision of India in December, 1892.

Vivekananda never associated himself with the Congress that was a contemporaneous development. He might have been a prized orator at the Congress’s annual session. But he spoke of an India very different from the version of the Congress. To him Dharma lies at the core of the Indian life. Politics or military superiority had never been an objective of India. His India rose from the deep waters of spiritual realisation. It was not a shallow political construct. It is the Congress’ rootless conception of India which desiccated its politics.

The sacred geography of India is not restricted to the Himalayas. It is spread across the sub-continent. In a sense the whole of India is ‘Dev Bhoomi’ – filled with Jyotirlingas of Shiva, Shaktipeeths, Vishnupeethas, sacred river and holy mountains and the living tradition of saints. But it is only the normal Hindus who are naturally attuned to this idea of India. They feel they ‘belong’ to India. The others suffer from complexes that they had ‘possessed’ the ‘Golden Bird’.

This July 4, on the 111th death anniversary of Swami Vivekananda, let us remember the Spiritual nature of India. It would be better if our politics reflected this conviction instead of convenience that we are pursuing.