Time Has Come for Liberals to Stop Living in an Ivory Tower of Assumed Superiority, And Take up The Battle on the Ground

The recent Delhi riots have shown that liberalism is under threat today. This is the case not only in India but in many countries of the world.  The ultra-right is on the ascendant, stridently questioning the relevance of the ‘liberal lobby’.  In India, liberals are pejoratively dismissed by the ruling establishment and its hangers on as ‘libtards’, part of the ‘Khan Market gang’ or the ‘Lutyens elite’. 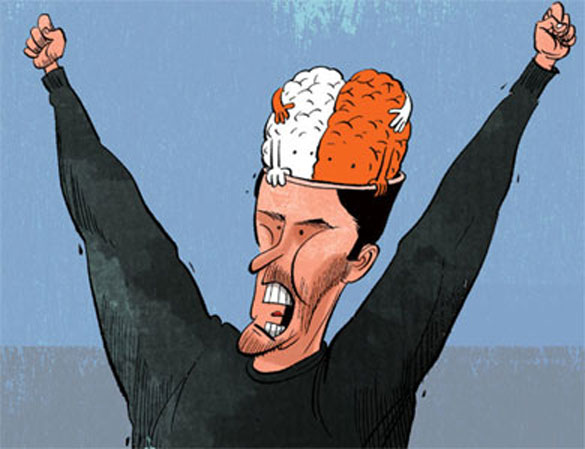 Liberals may be under attack, but liberalism, as a worldview, is enduringly relevant to the ethos and civilisational legacy of our country.  Its belief in pluralism, respect for all faiths, a just social order, equitable economic progress, tolerance for different opinions, acceptance of dissent, social peace and harmony, a civilised discourse, and avoidance of shrill, extremist views, resonates with the spirit of our Constitution, and the essential idea of India.

But for a variety of reasons, liberals do not capitalise efficiently on the ideological strength of their platform.  This comes out clearly in their approach to secularism, and the importance of religion in our country. There is often a selectivity in their opposition to the illiterate aggression of the ultra-right that weakens their credibility and, in fact, strengthens those whom they are opposing.

I believe, for instance, that liberals should have emphatically and unitedly opposed the overruling by the Congress government in 1986 of the Shah Bano judgment.  It was a blatant act of minority appeasement for vote bank politics.  Equally, liberals should have far more forcefully condemned the purging of the Pandits from Kashmir in the 1990s. Again, the valid condemnation of the open incitement to violence in Delhi by BJP leaders should be accompanied by an equally strong denunciation of the incendiary speech made by AIMIM leader Waris Pathan and others like him.

Secondly, liberals are often confused over the very idea of secularism in the Indian context.  I have great respect for Jawaharlal Nehru, but it is unfortunate how much his personal agnosticism – influenced by Western notions of modernity, in which overt religious practice was somehow considered ‘anti-secular’ – still holds sway over the liberal landscape.  The secularism that is really relevant is that of Mahatma Gandhi, who uninhibitedly immersed himself in all religions, made no secret of his own Hindu piety, and then emerged with the inference that we must respect all faiths.

Liberals must understand that there is no contradiction between an assertion of personal faith and a secular vision.  There is no place, therefore, for sterile intellectual sophistry on ‘soft Hindutva’.  That is an allegation of the ultra-right.  Liberals make a fundamental mistake by responding in a manner that seems to put them on the back foot for following their own religion with pride.  Their real task is not to be reticent about personal religious belief, but to re-appropriate religion itself from the bigotry, hatred and distortion of the ultra-right.

Thirdly, many liberals are not sufficiently rooted in the culture of the soil.  India is a deeply cultural nation.  You cannot condemn the deplorable distortion of the use of the slogan ‘Jai Shri Ram’ unless you have some knowledge of Valmiki’s Ramayan or Tulsidas’s Ramcharitmanas, which bring out the Maryada Purushottam character of Lord Ram as the very epitome of ethical and caring conduct.  It is imperative for liberals to have an idea of Kabir’s remarkably eclectic vision.  It is essential for them to know the sheer wisdom of Thiruvalluvar. It is vital for them to be familiar with the inclusive Sufi tradition, and the many other examples of earthy good sense that is part Of our cultural heritage.

Fourthly, liberals are mostly not very good at organised activism on the ground.  It is not possible to counter the lumpen ultra-right while sitting in drawing rooms or making the occasional tweet or Facebook post.  I am afraid that there is no option for liberals but to wade into the muck to aggressively assert their vision of India.  The ultra-right is fanatical and committed, and forever ready to hit the streets.  Liberals must respond by taking them on – peacefully – and strengthen their direct outreach to the masses at large.

Finally, liberals must stop being hopelessly divided in terms of tactics. They are prone to ideological hair-splitting, and of remaining in individual silos of self-righteousness. The ability of identifying the main political opponent, and of subsuming minor differences to jointly oppose it, eludes them.  We thus have a cacophony of different voices, saying much the same thing, but none of this translating into an efficacious common front.  Extreme left wing ideology often hijacks the entire debate.  Unfortunately, responses just peter out at the condemnation and critique stage, with no concrete follow-up, in terms of coordinated political strategy on a pan-India scale.

The time has come for liberals to stop living in an ivory tower of assumed superiority, and take up the battle on the ground.  For this, they must consciously rectify past mistakes, and devise a new action plan in the idiom of the people.  That plan must have the key elements of credibility, consistency, objectivity, unity and activism.  The country is crying out for sanity and decency in the national discourse.  Liberalism, however decried, is the right answer to this need, if only it rises effectively to meet this challenge.