Father Tom Uzhunnalil: I Prayed For My Captors during My Imprisonment 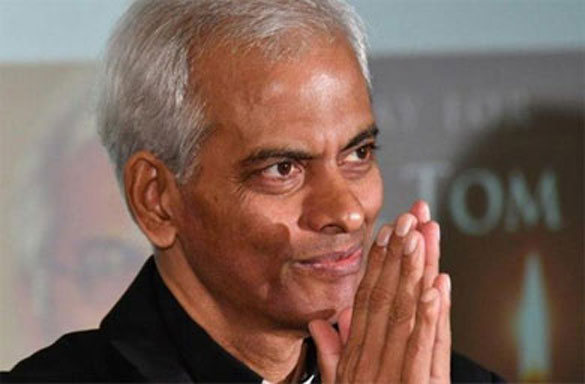 Father Tom Uzhunnalil, the Indian Salesian abducted in Yemen in March 2016 by a Jihadist group and freed after 18 months, has presented his autobiography, By the Grace of God, in which he recounts his experience of captivity and faith.

“Pray, pray, pray. Prayer is the most powerful weapon,” he said during the book launch, held at St Andrew’s Church in Bandra, Mumbai, organized by the Andrean Youth Movement (AYM).

On the occasion, the missionary paid his respects to Card Oswald Gracias, titular of the archdiocese, on the eve of the 12th anniversary of his elevation to the cardinalship, which fell on the Solemnity of Christ the King.

“May Jesus the King of Kings bless His Eminence Cardinal Gracias with all the graces; he stands in need to lead the faithful entrusted in the way of the King Jesus wants,” he said.

After celebrating Mass, Father Uzhunnalil spoke about his abduction and the 557 days he spent in captivity.

On 4 March 2016, an Islamic group attacked the compound of the Missionaries of Charity in Aden, Yemen, killing 16 people, including four nuns. They seized Father Uzhunnalil, who was released in September of the following year.

Despite the violence he witnessed and the suffering he personally endured, the Salesian always tries to inspire serenity and promote interfaith dialogue. His main concern is for the Sisters of Mother Teresa, “who have been without the Sacraments since 2016. I was the last priest in Yemen,” he said.

In his address, he stressed the value of forgiveness through prayer. “Forgiveness is an effective weapon in praying for those who harm you. If you do not forgive, it will torture you.

“I also prayed for my captors during my imprisonment; I prayed that God could bless them by changing their hearts. I often repeated: ‘God, forgive them’. Don’t judge. When you see the news, pray. Do not believe in everything you see; pray for peace in their hearts. ”

Along with prayer and forgiveness for his captors, the member of the Salesians’ Bangalore province often thought about the Sisters of Mother Teresa murdered by the extremists.

In the book he states that the heroic and tragic martyrdom of the sisters disturbed him. “One day, something made me pray that God should make it rain as a sign from heaven that the Sisters are now enjoying the Beatific vision. Believe it or not; that evening there was a very heavy shower.”

“I am convinced that my release was the fruit of the prayers of millions worldwide, more especially, the prayers and sacrifices of my countrymen. Heartfelt thanks to each and every one. May God Bless you abundantly and recompense you as He knows best.”