Instead of Inapplicable War-Related Ahadith, Time to Focus on Ahadith of Peace and Morality Applicable Today

Ahadith of Peace, Human Rights and Good Manners Are Universal and Applicable In All Contexts

1.    Everyone should be aware that certain passages in the Qur'an and Hadith are only applicable to war situations.

2.    We are in desperate need of moral and human precepts of the Quran and Sunnah.

3.    Putting things right between people is more excellent in degree than fasting, prayer, and almsgiving

4.    He is not one of us [Muslim Ummah] who does not have mercy upon our young, nor knows the honour of our elders

5.    Richness does not lie in the abundance of (worldly) goods but richness is the richness of the soul (heart, self)

6.    Islam placed a high value on land cultivation, better animal treatment, and specific concern for the preservation of water, plants, and birds. 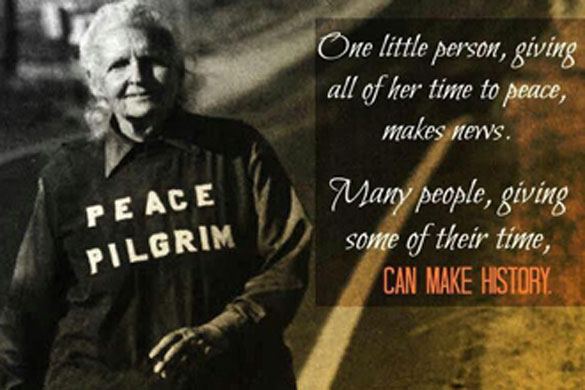 In a country, environment, and law that guarantee peace, security, and tolerance today, some people are busy quoting war-related verses of the Quran and Ahadith, which is a tremendous tragedy. This is being done not only by radical Muslim groups but also by a segment of non-Muslims who have been misled by extremist ideologies and consequently distrust peace-loving Muslims too. Even peace-loving Muslims are being accused of terrorism, and some people, despite knowing the facts, are striving to display their inner enmity by accusing Muslims of terrorism.

Everyone should be aware that certain passages in the Qur'an and Hadith are only applicable to war situations. When the situation is peaceful and secure, or there is a peace treaty in effect, the rules applicable to war situations are not enforced. Every educated person understands that when a country is at war with another country, the norms of the time are different, and when the same countries are at peace with each other, the situation is different. Even knowing this, what should be done if someone forcefully portrays a lie as truth and truth as a lie? Silence, in my opinion, is preferable.

In this write-up, we will discuss the magnificent hadiths that serve as a guide for us in our century and country. Another tragedy is that we have neglected to follow the moral and human precepts of the Qur'an and Sunnah. We are in desperate need of such great teachings. The following are some of the hadiths that must be enlightened in one's heart and mind, and these lessons must be passed down from generation to generation.

The Prophet (peace be upon him) is reported to have said,

“He is not one of us who does not have mercy upon our young, nor knows the honour of our elders.” (Jami` at-Tirmidhi 1920)

The Quran and Hadith are very clear about how one should treat and respect one's elders. According to one hadith, a crowd of listeners gathered around the Prophet Muhammad failed to make place for an elderly man to approach him. The Prophet noted this shortcoming and said, “Whoever fails to honour our elders is not one of us”. According to another hadith, assisting the elderly is the same as serving Allah. In fact, mistreating or showing disrespect to elders might result in being refused admittance to paradise, according to the Quran, which instructs eleven times to be nice to elderly parents in particular.

According to a hadith mentioned in Sahih Bukhari, seven persons will attain the divine shade on the Day when there will be no other shade: 1) a just ruler, 2) a youth who worships Allah sincerely from childhood, 3) a man whose heart is attached to the mosques, that is who performs compulsory prayers in the mosque in the congregation, 4) any two-person who love each other only for the sake of Allah and they meet and part only for His sake, 5) a man who refuses the call of a charming woman for illicit intercourse with her and says: I am afraid of Allah, 6) a man who gives charitable gifts so secretly that his left-hand does not know what his right hand has given, and 7) a person who remembers Allah in seclusion and his eyes are then flooded with tears.  (Sahih al-Bukhari 660)

The Messenger of Allah (peace be upon him) is reported to have said, “There are two blessings in which many people incur loss. (They are) health and leisure (i.e. free time for doing good)”. (Riyad as-Salihin 97)

The Messenger of Allah (peace be upon him) is reported to have said, “Every good deed is charity”. (Sahih Muslim 1005, Grade: Sahih)

In another narration, the Prophet said:

Every good deed is charity. It is a good act to greet your brother with a smile and to pour whatever remains from your bucket into your brother's vessel. (Sunan At-Tirmidhi 1970, Grade: Sahih)

As stated in the hadith above, charity is not limited to giving away money; rather, it encompasses all good deeds. As a sign of gratitude for Allah's gifts, Muslims are expected to donate charity from their riches, time, and effort. Allah has blessed us with health, riches, time, and energy, and we must return the favour by serving others.

According to a hadith, the companions once complained to the Prophet that the wealthy had received all of the rewards because of their ability to give in charity. The Prophet, on the other hand, informed them that even the poorest of Muslims might earn huge rewards by doing good deeds like thanking Allah and lawfully following lawful manner. (See the hadith in Sahih Muslim 1006, Grade: Sahih)

The Prophet (peace be upon him) is reported to have said, “O people! Indeed, Allah is pure; He only accepts pure” (Sahih Muslim, 1015)

According to Imam Nawawi [Sharh Muslim lil Nawavi, vol. 7, p. 100], the Arabic term ‘Tayyib’ mentioned in the hadith implies purity, but when ascribed to Allah, it signifies “He is free of all flaws.” This Hadith constitutes one of the most fundamental principles in Islam. As a result, we have been commanded to respect the pure things that Allah Almighty cherishes. The Lord, who is devoid of all flaws, adores that which is equally devoid of flaws. The beliefs that are free of polytheism (Shirk), disbelief (Kufr) and heresy are approved by Allah Almighty. In His court, the activities of the creation that are free of showing-off are accepted. He prefers our clothing that is devoid of filth. He loves a heart that is free of inner impurities like jealously, arrogance, hatred, and malice. In other words, Allah's affection for every stage of life is conditional on ‘purity’. Even the magnificent Quran declares that “Allah [Almighty] loves pure people.” (9:108)

Ibn 'Umar reported that the Prophet, may Allah bless him and grant him peace, said, "The believer who mixes with people and endures their injury is better than the person who does not mix with people nor endure their injury." (Al-Adab Al-Mufrad 388)

Abu Huraira reported that the Messenger of Allah (peace be upon him) had said, “Richness does not lie in the abundance of (worldly) goods but richness is the richness of the soul (heart, self).” (Sahih Muslim 1051)

Hazrat Abu Hurairah narrated that the Messenger of Allah (peace be upon him) said: “Look at those who are lower than you (financially) but do not look at those who are higher than you, lest you belittle the favours Allah conferred upon you.” (Kitab al-Jami, Book 16, Hadith 1482/ Sunan Ibn Majah 4142/ Jami` at-Tirmidhi 2513/ Sahih Muslim 2963)

The Prophet (peace be upon him) is reported to have said, “There is no gift that a father gives his child more virtuous than good manners.” (Sunan Tirmidhi, Hadith: 1952). Though this hadith is considered weak due to its chain of narration, it is applicable in the virtues (Fazail).

It has been stated on several occasions that the Prophet placed a high value on land cultivation, better animal treatment, and specific concern for the preservation of water, plants, and birds. According to a hadith, “Whoever brings the dead land to life; that is, whoever cultivates wasteland, he will get reward therein. (Mishkat al-Masabih)

Abu Huraira reported, The Messenger of Allah (peace be upon him) said, “You shall not enter Paradise so long as you do not affirm belief (in all those things which are the articles of faith) and you will not believe as long as you do not love one another. Should I not direct you to a thing which, if you do, will foster love amongst you: (i. e.) give currency to (the practice of paying salutation to one another by saying) As-Salamu Alaikum.” (Sahih Muslim: Book 1, Hadith 101)

Ibn Abbas reported: The Prophet (peace be upon him) said, “He is not a believer whose stomach is filled while the neighbor to his side goes hungry.” (Al-Sunan al-Kubrá 19049)

Wages are an earned right, not a charity. The Prophet (peace be upon him) had said, “Pay the worker his dues before his perspiration has dried up”.

It emphasizes the early disbursement of all dues to the worker upon completion of his or her obligations, and it addresses the rightful dues of those in others' employment. How difficult is it to comprehend, and how many of us who claim to be good Muslims follow such edicts?

Ibn ‘Abbas reported God’s messenger as saying, “One faqih (learned man) has more power over the devil than a thousand devout men.” Tirmidhi and Ibn Majah transmitted it. (Mishkat al-Masabih 217)

Abu Darda' narrated that The Prophet (peace be upon him) said: Shall I not inform you of something more excellent in degree than fasting, prayer, and almsgiving (Sadaqah)? The people replied: Yes, Prophet of Allah! He said: It is putting things right between people, spoiling them is the shaver (destructive).” (Sunan Abi Dawud 4919)

These are only a few samples. Aside from this, there are hundreds of Ahadith that teach us about peace, human rights and good manners. These Ahadith are universal and applicable in all contexts and we must focus on them as much as we can.