Why would hundreds sit atop Vulture’s Peak in Rajgir, Bihar, from sunrise to sunset, braving the scorching sun, experiencing Noble Silence with the visiting 85 year-old Vietnamese Zen Buddhist monk, Thich Nhat Hanh when he visited India five years ago, in 2008? Known as Thay, the monk is leading a 300-odd strong international Sangha or group of seekers on the Buddha trail, transmitting the experience of Siddhartha’s journey from angst-ridden prince and spiritual seeker to the enlightened and profound Gautama Buddha. Addressing the Sangha at Sarnath, Bodh Gaya, Rajgir and Nalanda – and on the Buddha path between – Thay’s talks and silences enrich the quality of the unique peace pilgrimage from Delhi to Buddha land and back, a journey more of spirit than body. 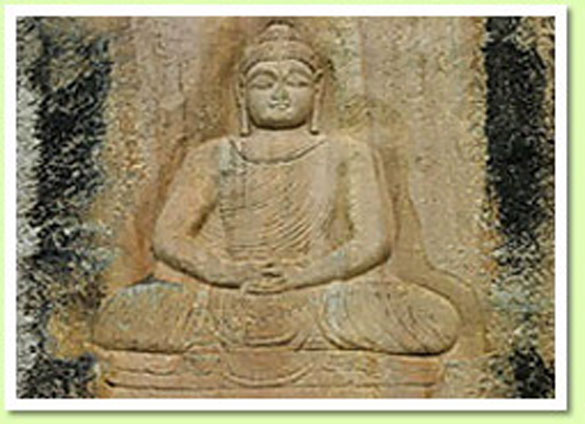 At Vulture’s Peak, Thay tells us we are lucky to sit where the Buddha sat, watching the same sun, rise and set. “We spend the whole day here,” he says, “in mindful breathing, mindful walking and in noble silence to receive the energy of the Buddha, Sariputra and others.”

Revival of interest in Buddhism – apart from movements like those of Ambedkar’s – rides on the simplification of Buddhist precepts in layman’s language, appealing both to the intellect and to the need to adapt insights to daily life. “Watch your breath,” says Thay. “Breathe in and breathe out mindfully, for you are alive.” The other overriding theme is to be free where you are as we all inter-are. “…I am in you and you/ are in me.”

“Modern science believes there is consciousness in us trying to engage with the consciousness out there. Some believe that what is in can exist without what is out there and this is a stumbling block,” says Thay. In biology and quantum physics, it is important to overcome double grasping. Science is beginning to touch that reality – because when you see the object of reality you see your mind in it. The electron is first a notion, it is a concept, and it is your perception. To perceive is always to perceive something; to see is always to see something; to hear is always to hear something. You cannot have the perceiver without the perceived for the two manifest together. Consciousness manifests itself into subject and object of consciousness – like the left and right that manifest together at exactly the same time.

The Buddha said, “This is, because that is; this is not, because that is not.” So, says Thay, if you want society to change, you have to change yourself. We tend to blame our parents or others for our suffering. But don’t forget that the other person is like that because you are like this; you are co-responsible, whether it is the Israel-Palestine, Hindu-Muslim, Catholic-Protestant, American-Arab situations of conflict or any other inter-personal misunderstanding you are facing.

The moment we see others suffer like we do, things begin to change. Looking and listening deeply helps clear misconceptions and create the understanding that makes you compassionate and peaceful. We ‘inter-are’. You don’t need to indulge in complicated philosophy to awaken the Buddha Nature within. And find peace.