Jean Paul Sartre Trembled with Indignation at Every Injustice 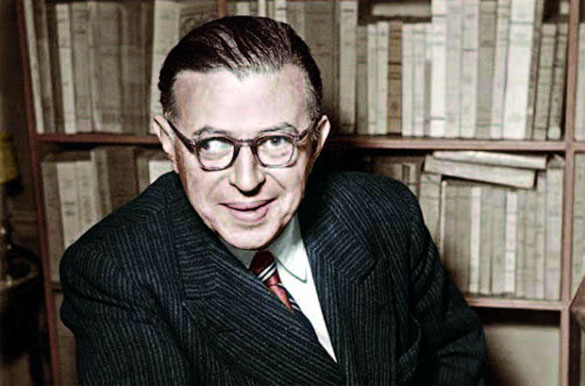 Jean-Paul Sartre, a philosopher, novelist, political activist, biographer, playwright, literary critic, and screenwriter was born in Paris on 21 June 1905. He studied at the École Normale Supérieure from 1924 to 1929 and later became a Professor of Philosophy at Le Havre in 1931. He was one of the most written about and sought after thinkers of 20th-century, given  his stress on the radical role of intellectuals and of the literature in shaping the ideals of freedom and justice across the political and social conditions. He had a troubled childhood and in 1920s, during his teenage he became interested in philosophy after he came across Henri Bergson’s works. Sartre’s stay at Ecole Normale was the decisive phase of his intellectual and action-oriented pursuit, owing to his engagements with Raymond Aron, Simon De Beauvoir, and attending Alexander Kojave’s discussions there. Sartre’s prominence as an intellectual earned him proximity of stature to the likes of Pascal or Descartes   in the 17th century, Voltaire or Rousseau in the 18th, Hugo, Balzac, or Zola in the 19th 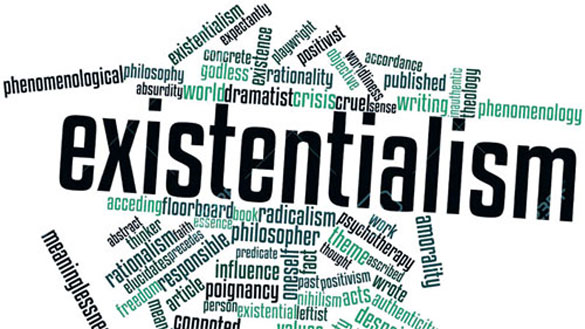 Spending more than nine months as prisoner of war in Germany, 1940, Jean-Paul Sartre started exploring the sense of freedom and free will. In the same year, he wrote his premier philosophical treatise – Being and Nothingness, a phenomenological dissection of human condition.

Existentialism is the philosophical movement which has become synonymous with Sartre’s name. Although coined by Gabriel Marcel – the Catholic philosopher, playwright and critic, Sartre popularized it through a lecture in the immediate post-war period (given at the Club Maintenant, Paris, in October 1945), titled- ‘Existentialism is Humanism’. The fundamental axiom that defined the Sartrean existentialism was the oft cited line of ‘existence precedes essence’ which dealt with the themes of human freedom, choice and embodied consciousness aberrations, stressing on the fact that only by acting and  existing a certain way do we give meaning (essence) to our lives. Sartre references the design and working of pen knife about the objective and subjective purpose of the human existence in his book ‘Existentialism is Humanism’.

There is a purpose in the mind before we create anything like the pen knife (to cut a paper) but Sartre says there is no pre-existing and pre-determined purpose like that for humans which Simon De Beauvoir called ‘drama of existence’; we come into being and it is through our choices we create our purpose. This is why Sartre says that we must accept responsibility for ‘who we are’ and ‘what we do’.   Sartre’s interest in this relationship between human agency and historical determinism was highlighted in  his collected essays, ‘Situations’. This argument of being always “in situation” Sartre says is to attend to the manner our actions are controlled by our socio-historical realities. We are situated, Sartre thus argued—but we are never wholly determined. Sartre believed that human beings live in constant angoisse (anguish), not merely because life is miserable, but because we are ‘condemned to be free’. He exhorted, while illustrating the concept of bad faith, that there is no living without freedom and people who accept things as they are without pondering over the alternatives fall prey to living in ‘bad faith’ or ‘inauthenticity’. Sartre uses the example of a waiter who is so occupied in his work that he considers himself to be first a waiter rather than a free human being.

The prisoner experience of Sartre instilled in him the sense of human camaraderie beginning to seriously think on the idea of commitment and engagement. It is in “What Is Literature?”(1947), more than in any other writing, that Sartre most explicitly advocates an activist “literature of production” to be pursued by contemporary (prose) writers, as  this type of theorizing, he maintains, can be taken seriously by today’s public.

Sartre found himself in the position of public intellectual par excellence not only in France but worldwide. Sartre perfectly personifies being Guevara’s comrade as he trembled with indignation at every injustice around the world becoming a sort of internationalist; from writing the powerful preface to the Frantz Fanon’s Wretched of the Earth to his concerns for Cuba, Vietnam, Africa etc.

After two years of Vietnam War, Sartre accepted to be a chair of a private Vietnam War Crimes Tribunal created by Bertrand Russell. Sartre tried to replicate the same in France but President de Gaulle, whom Sartre always reviled, refused permission for this in a letter addressed to him as “Mon cher maître” (beloved master) for which he famously remarked that only café waiters can call him master. The other occasion de Gaulle was asked to arrest Sartre for which he responded ‘One does not imprison Voltaire’. In 1964 Sartre declined Nobel Prize – the first person in the history to do so on account of not letting himself to be institutionalised while earlier refusing the France’s Legion of Honour as well. During his activism the most important contribution of that ‘resistance genre’ was the starting of the magazine Les Temps modernes (Modern Times) in 1945 which became a force majeure in the Algerian War of Independence. It was through the magazine the shadows of coming war were predicted; and its tragic consequences thereof. Sartre became the popular face of Algerian independence and was one of the best-known signatories of the Manifesto of 121, endorsing civil disobedience for ending the war.

His life was amorously associated with Simon De Beauvoir which became the emblem of Parisian bohemian culture making the pair Napoleon and Joséphine of 20th-century intellectual life. For his pioneering deconstruction of anti-colonial resistance through the use of literature he has often been called as ‘first Third-Worldist’. His prescience got reflected in asserting that the first world was rich at the expense of the third world, heralding a new discourse which legitimised the ‘struggles’ of national liberation and decolonisation as an authentic response to hegemonic, western European domination.

For both the versatility, and effect, Sartre’s works are quite astonishing. He is the author of– the novel – Nausea 1938; the short story -The Wall 1939; the play-No Exit 1944; philosophy-Being and Nothingness 1943, criticism-What is Literature? 1948 – and ten volumes of Situations; and, also the finest literary masterpiece, an autobiography, The Words 1964.  Sartre also curated some of the inspiring screenplays, engaged in journalistic pursuits, theses on anti-Freudian psychology, art criticism etc. He also wrote the moving review of Andrei Tarkovsky’s legendary anti-war movie ‘Ivan’s Childhood’ which exhibited the vibrancy and intellectual might of the French thinker; remembered for his immortalized line ‘Hell is other people’ which can be rephrased in the current times as ‘Hell is the absence of other people’  giving us the kaleidoscopic reality of existential realities.

There were manifested contradictions found in the actions and political posturing of Sartre ranging from his ambiguous stance during the Vichy regime and favouring 1967 Six Days War. The popularity of Sartre declined heavily in 1967 after six years of Algerian independence. Sartre’s books were burnt and Josie Fanon, widow of anti-colonialist essayist and psychiatrist Frantz Fanon, asked his publisher to remove Sartre’s forward to The Wretched of the Earth. Sartre after long silence gave an interview to the Egyptian newspaper Al-Ahram where he condemned Israel’s expansionist designs and considered Israel’s  use of napalm as a “criminal act”, while also considering the “wars of liberation are the only legitimate wars” .

If Marcel Proust exhumed the pathos of ‘lost’ time while dipping the madeleine cookies in a tea, Sartre reinvented the existential narrative of radical first-person approach to history while puffing the ever present Galuioses in Les Deux Magots and Cafe Flore on the Left Bank. An interviewer once asked him to name the most important thing in his life – “I don’t know”, Everything. Living. Smoking”, Sartre replied.

The Vatican has placed his works on the Index, Gabriel Marcel, himself a staunch Catholic, regarded him as the greatest of French thinkers. The State Department found Les Mains Sales (Dirty Hands) the most effective counter-revolutionary play of the entire cold war. There were more than fifty thousand Parisians who attended Sartre’s funeral in 1980, through Saint-Germain-des-Pres to the Montparnasse cemetery. Jean-Paul Sartre incarnated the passion, the agony, and the ambiguities of his era with a compelling uprightness and clarity that gave him his extraordinary role as a public intellectual apart from being the best writer and most profound bohemian thinker of the world.

Mir Sajad is a Research Scholar University of Kashmir