The World Health Organization says, suicide has become the second most common cause of death among young people worldwide. In order to create awareness on mental health and tackle the issue of suicide, WHO had developed a Mental Health Action Plan 2013-20, which was adopted by the 66th World Health Assembly. 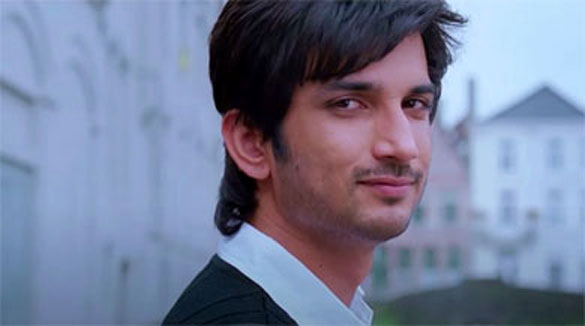 The recent case of suicide of the 34-year-old Bollywood actor, Sushant Singh Rajput, has once again opened up the debate on declining mental health and growing case of depression amongst youth. Rajput was good in studies; he had chosen to opt out of engineering to become an actor. At a young age he achieved name and fame for his acting skills. Despite the prospects of a good life ahead of him, what drove Rajput to the brink so that he ended his life? This question has been bothering me ever since I heard this news.

Man is born with unlimited potential, yet he finds limited use for it. He harbours an ocean of desires in his heart but all these dreams are never realised. In this case, there is no difference between a poor man and a rich man. Each person finds himself amidst toil and strife. But dwelling on the non-fulfilment of desires or sinking into depression because reality does not match your dreams is not the solution.

We cannot forget that while each of us has our share of challenges in life, we also have an inherent ability to fight back. That resilience is within each one of us, we only have to realise it and get ourselves out of the depths of depression.

But there is a precondition. And that is, to not view stress and failures as the end-game. Thomas Edison had famously said, “I have not failed, I have just found 10,000 ways that won’t work!” Edison gave us two key messages with this – relentless effort in the face of repeated failures and positivity is the only way to success in life.

Some say that one should stop thinking about what is bothering him/her. But this approach is not the right one. This is because our mind never really stops thinking. When instead of wading through the problem and finding ourselves an opportunity, we choose to simply create an illusion to stop thinking about the problem, it impedes our ability to fight back. This ability is the essence of human spirit of resilience! But when we dwell on problems and get entrapped in the sense of failure, we end up obstructing the flow of positive ideas thereby creating a double jeopardy for ourselves.

The ability to make a plus from a minus is the hallmark of human civilisation. This is what has kept progress going despite all sorts of failures that have been witnessed throughout history. In this process, each life contributes and therefore each life counts! It is incumbent upon all of us to not only foster our own positive thought process but also extend support to all those around us who may be in need of support and guidance.

Instead of getting disheartened with failures, the remedy lies in feeding the opportunities and starving despair! The health of this equation determines the health of our mind, which in turn determines the success of our endeavours and renders meaning to our lives.

Original Headline: What drives us to the point of no return?