Krishna was born in 1920 in a little town near Multan, Pakistan, a hundred years ago today. When she was three, her mother Lakshmi Bai died during a cholera epidemic. With five children to raise, all under ten years old, Krishna’s father Tel Ram Ahuja was devastated.

He sought emotional solace among Sufis but his practical choices in parenting drew from reformed-minded ideologies of the day which favoured girls’ education and resisted early marriage. He raised his girls to go to college. 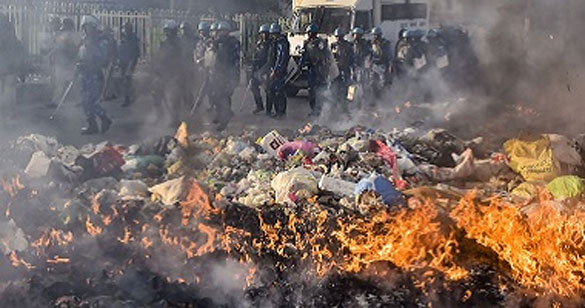 At Kinnaird College, Lahore Krishna acquired a liberal arts education, gaining understandings of history, literature and the cartographies of the world through that (almost forgotten?) discipline of geography.

Her best friends were Hardeep Kaur, the daughter of prosperous Sikhs from Sialkot and Mahmooda, from a conservative Muslim family from Quetta. In this dorm room they hatched plans for college pranks, shared lives, grew dependencies on each other. Hindu caste or Shia-Sunni differences melted away.

Colleges like Kinnaird were run by Christian missionary women, mostly single, and typically from America, Ireland or Scotland. If mass religious conversion was a desired byproduct of these higher educational institutions, that project pretty much failed. What did happen, however, was a cohort-building.

Inter-faith solidarities emerged seamlessly among these students who were mostly first-generation college-going women in their families. Their personal friendships embraced inter-faith differences within broader syncretic worldviews.

Hardeep and Mahmooda were married soon after college. Krishna finished her MA in English and was recruited as a program executive and a ‘voice’ to read Hindi and Punjabi news.

As a woman working on an administrative job in the radio, she often recalled the camaraderie of her cohort – Yahiya, Kapoor, Chowla and Amita (for some reason the men were referred to by their last names and the women by their first). This was in 1946. A year later, as the sub-continent was torn asunder, violence engulfed the lives of millions.

As a single young woman living alone in Delhi and cycling to work, Krishna witnessed multiple incidents of brutal violence in Delhi. Her house help Fatima had to be renamed ‘Shanti’ to protect her from hate attacks. Krishna volunteered at the newly established hostels for ‘rescued’ women who had suffered untold brutalities during partition riots.

By 1948, when Krishna married her colleague N.L. Chowla, their social cohort had been destroyed. In the wave of migration, Yahiya and Iqbal had left for Pakistan. The wounds of hate were raw on both sides of the border. But when a child was born to Krishna and Nand Lal, Yahiya wrote a sentimental letter of blessing suggesting the Arabic name Sohel for the baby.

And, so Krishna’s firstborn, a child of the partition years became Sohel Chawla, carrying the spirit of this syncretic worldview.

A favourite story of Krishna’s was about how after surviving a risky childbirth she went to Harmandir Sahib gurudwara, Amritsar and placed her infant daughter on the steps of ‘Darbaar-Sahib’ in ‘Thanksgiving’.

Krishna was my mother. That infant daughter was me. Krishna raised a family, sublimating her own career to support her husband’s. Together they exuded the spirit of tolerance and the grace of accepting difference of faith and caste without compromising their own rootedness in values.

Krishna’s fasting on Janam Ashtami, praying to Hanuman on Tuesdays was as real as her love for reading from the Sukhmani Sahib or her faith in Khwaja Garib Nawaz of Ajmer. Unlike millions of people who preferred to remain silent about the partition violence they had witnessed, Krishna talked to us about partition and hate. She helped us to process hate for what it was – reprehensible, irrational and dangerous.

Krishna left us many years ago, but in these times of hate, I feel blessed to have understood early that faith is personal, and that spirituality is something deep within, a reservoir from which to draw strength in times of need.

And, happy birthday – you would have been a hundred today!

Original Headline: In Times of Hate, My Mother Taught Us How Irrational, Dangerous Communalism Is