No Suicide Notes Left; Who Would Have Read That?

Attending wedding ceremonies and munching the grand feast, Wazwaan, had been a source of depression and anxiety for Abd-ur-Rehman since the birth of his three daughters. A.R., who was a labourer by profession and earned his money through carrying gunny sacks full of rice and sugar from ration Ghats to people’s homes earned a maximum of RS 200 a day. 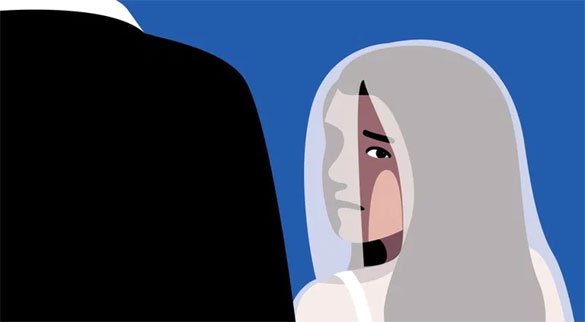 From loading heavy sacks to dropping them at their destinations, from waking up in the morning to being awake at night, he had only one thing in mind ‘To marry of his three daughters, give their in-laws enough “Materials” in dowry and provide a ‘fault less’ feast for the pessimistic people of Kashmir.

Every time AR attended a wedding ceremony as a guest, he would look around and start calculating in his mind about the expenses of “Traditional Preparations” in a Kashmiri wedding. While everyone on the Traami would enjoy the delicious Kabab and Tabakhmaaz, he would just be thinking about preparing for the wedding of his daughters.

Having lost his wife during the birth of his third daughter, AR brought up his daughters alone by earning hard like a father and taking care like a mother.

After working in ration ghats till late afternoon, he would pull carts till late evening to add to his savings because he knew that along with hosting a wedding feast (including the mandatory Maharaz Saal) and providing his daughters with gold ornaments, he needed to send them with “necessary commodities” for their in-laws, otherwise the “dignified society” of Kashmir will tag him as “Shikasladd“, which will also be applied to his daughters. 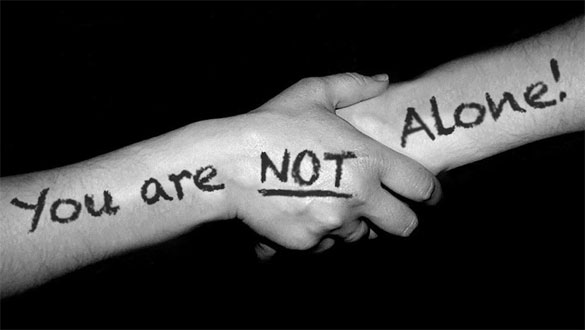 His daughters were only able to gain education till secondary level as gaining education in Kashmir meant spending a tremendous amount of money, which was impossible for A.R. while he needed to save for the marriage of his daughters. Because if he was unable to marry them off, he and his daughters would be looked at as inferiors by the people around.

The clock seemed to tick swiftly as the age of marrying his daughters came close. It had been two decades and Abd-ur-Rehman would still be wearing his torn Pheran which he had got stitched in the winter of 1990’s. In the morning he would break his fast with Kehwa and let his daughters have milk for the tea, for he had calculated that if he didn’t have tea in the morning for twenty years, he would be able to save enough money to purchase clothing for one of his daughters.

Finally after twenty five years, he took out all the hard earned and meticulously saved money from his safe to initiate the preparations for the wedding of his daughters. From buying expensive shawls, suits and gold ornaments for his daughters, and the members of their in-laws, AR had left no stone unturned to make his daughters happy and their in-laws content with materialistic things.

The daughters had always insisted him not to overthink about their marriage and to not provide so many things, but he had experienced and witnessed the greed of Kashmiri people and he knew if he didn’t do all this, his daughters would have to face the repercussions for all their life.

As the wedding bells started to ring and men from camping agencies came to mount tents, preparations to feed guests and decorate the home were initiated.

The guests came, filled their bellies, criticised the food which was obviously not cooked by the AR but by the ‘Wazzas’ who had also charged a good amount of money. Even while finding faults with the food, women in numbers filled their carry bags with every dish made of meat, curd boxes, and cold drinks, and after releasing burps, started to lambast the food they had just filled their bellies with.

Someone had said it right, “even if the host of wedding puts gold on the top of every Traami, the guest would still have the audacity to pick holes in it.”

Now came the turn of final feast at the night – ‘The Maharaz Saal’. In Kashmir the respect and the dignity of groom is said to be ‘hurt’ if he’s not provided a luxurious and lavish feast. No matter, most of the food is thrown into the rivers and dustbins after the weddings, ‘Magar Maharaaz Saal Chu Zaroori, because MAHARAAZ!’

Anyway, continuing to narrate the story of Abd-ur-Rehman and the wedding of his daughters, the grooms came along with their cavalry of hundred men each.

They came out of their cars, everyone in blazers and the pride and seriousness on their faces, as if they were there to resolve K-issue! Jokes apart, why are the men accompanying groom acting like foreign envoys, who are there to ‘assess the situation’. Anyway, that’s the question for some other time.

Suddenly the gripped AR, his friends and all the people who were hosting the feast, even the Wazzas at the ‘Wur‘premises started to do things hurriedly.

The grooms and their cavalries were first served the dry fruits accompanied with juice and sweets, traditionally there had only been a small box of dry fruits and a tin of juice but that too had been replaced with a larger box which had compartments for ‘Two juice cans, two types of dry fruits and one for some sweets. AR had to serve the big boxes because, ‘Yazzat’.

After they were done with this, the Traamis started to come with, of course, more dishes on it and more special dishes to be served after the guest had started to eat.

The feast was over, bellies were filled to their fullest and AR experienced a moment of slight satisfaction.

The brides were brought and he while not remembering the sacrifices and struggle to marry off his daughters, started to smile and kissed his daughters on their foreheads while wishing them a good and happy life ahead.

He did remember his wife and would miss his daughters for whom he had acted both like mother and as well as father, for whom he had sacrificed, struggled, saved all money, brought them up and refrained from taking tea in the breakfast for more than two decades.

AR, finally could see his daughters turning brides and leaving for their actual homes. Do girls really have something to call their homes? This again, for some other day.

Daughters left, guests left, tents were de-mounted, Wazzas left and only Abd-ur-Rehman remained with the memories of his daughters and while sound of their laughter and calling him ‘Abu’ reverberated in the house.

After seven days daughters came home, while AR and his daughters were happy to see each other, he sensed that something bothered them.

After his forced persuasion, the daughters told him “Our mothers in-law disgraced us and bragged that how the brides of other families gift their in-laws much expensive items of gold, Pashmina shawls, silk suits and electronics for home décor.”

“They said your father is ‘Shikaslad’,” his daughters told him while crying loud.

What AR feared of happening, happened. Even after so many sacrifices, efforts, struggles, the people had given him a tag on the basis of price tag of the items he gave to his daughters.

He hugged all three of his daughters together, served them dinner and told them not to worry. The daughters and father went to bed with tears flowing down from their eyes.

None of them slept that night and none of them woke up the other morning.

AR and his three daughters had committed suicide, without leaving any ‘suicide note’, because who would have read that?

The belly of grooms had been filled and the in-laws were provided all the gifts. Their mother had already left this materialistic world.

The home turned into a house, the walls that reverberated with the laughs and love of father and his daughters, were witness to their cries of being born in this land of materialistic, slave minded and greedy people. Who on the basis of possession of materials tag people, that force them to think that leaving this world is better than living with a tag provided by the society.

There were no suicide notes left by Abd-ur-Rehman and his daughters, and even if they did left one, we Kashmiris would still blame the family of AR for the incident. Because we are very good at blaming.