Friedrich Nietzsche's Philosophical Outlook: The 'Will To Power' Is His Theory Of Salvation From Pain And Suffering 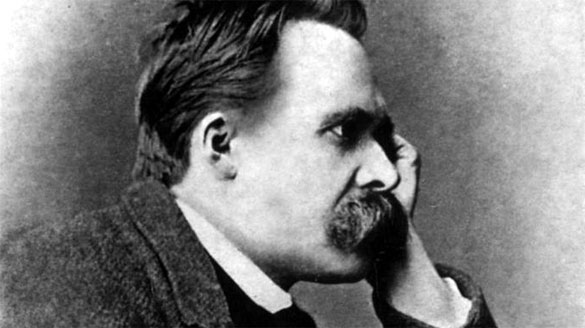 Philosophy is generally understood as the love of wisdom. And this wisdom can never have a singular understanding. There has to have a plural meaning to wisdom. Devotion to a monolithic understanding of wisdom and philosophy has led to exclusion of many philosophies.

This query was profoundly interrogated by Hamid Dabashi in his piece for Aljazeera entitled as Can non-Europeans think? Though it was written seven years back it did expose the Eurocentric bias towards different philosophies operating in different regions. Wisdom after all, as Peter Adamson an American professor of philosophy, says is where you see it. Walt Whitman, the famous American poet, saw wisdom in every inch of space, Khalil Gibran found wisdom not in words but “meaning within words”, William Blake experienced the entire world of wisdom in a “grain of sand”, and Gandhi revived wisdom when he elevated politics to the realm of spirituality. Man is not just “logical” and “rational”; man is also a visionary, a mystic, a poet, and a wanderer. He can envisage wisdom in all these pursuits and quests.

Friedrich Nietzsche was a German philosopher whose wisdom and philosophy too was rejected during his lifetime. His rejection of conventional morality and religious values was conceived as antithetical to faith. Nietzsche himself came to view God as a creation of man, not the other way around and saw faith diametrically opposite to the pursuit of truth.

Nietzsche wrote extensively bringing to fore fundamentally new philosophical ideas. The radical break from the past came to light with the publication of Nietzsche’s book The Birth of Tragedy. Nietzsche argued in this book that the tragedy of Ancient Greece was the highest form of art due to the mixture of an intellectual dichotomy between the Dionysian and the Apollonian elements. Nietzsche maintained that the fragile balance between the two has not been achieved since the ancient Greek tragedians.

The juxtaposition between the Dionysian and the Apollonian elements epitomizes the delicate balance of power and piety, logic and emotion within Greek art of tragedy. With the coming of Socrates and the philosophers who followed him, this balance was shrugged apart. The reason was given primacy to such a degree that the value of myth and suffering was relegated to the back-burner. According to Nietzsche, the European culture since then been only Apollonian signifying decadence, love for weak, and hatred for power.

Nietzsche’s central philosophical outlook is the “will to power”. Nietzsche suggests that we do things that make us feel powerful. Becoming the most powerful is the only panacea that can lift man above sufferings. In his book “The Antichrist” Nietzsche writes that “what is good? — All that heightens the feeling of power, the will to power, power itself in man. What is bad? — All that proceeds from weakness. What is happiness? — the feeling that power increases — that a resistance is overcome.”

Though Nietzsche had many admirers but some well-known philosophers have scathingly critiqued him. Bertrand Russell in his book “A History of Western Philosophy” describes Nietzsche as an insecure man, motivated by hatred against Christianity, and fear of moral values. Nietzsche according to Russell condemns love because he thinks it is an outcome of fear. Although Russell’s critique is genuine but rising above the pain and feeling the sense of painlessness doesn’t mean hatred of love.

Nietzsche experienced suffering throughout his life and he genuinely needed a philosophy to counter that ineffable agony. He philosophized that one has to rise above pain to feel painlessness. His will to power is basically his theory of salvation from pain and suffering. After all, a philosopher and his philosophy are the product of his time and Nietzsche was no exception.