We Live by Treasuring Memories of Our Martyrs 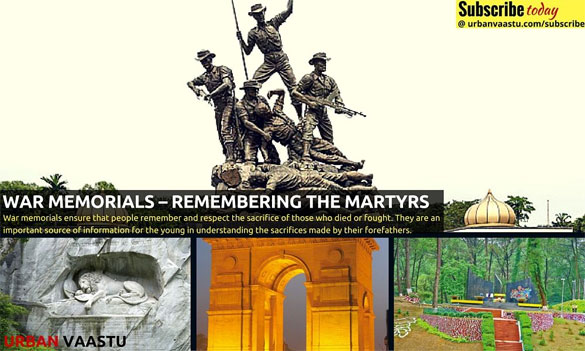 If you want to immortalize a community oppress it brutally as its memory would later unite it.

When God was distributing special gifts to communities few could match Kashmiris in felicity of choice and fastidious taste. Kashmiris demanded and were granted the best of lands where heaven found its own reflection, the best of minds and hands and the hearts that have delighted, influenced and enriched the whole world. It was especially fastidious about the cuisine and developing a refinement of stomach for the same.

Kashmir settled for nothing less than its own scriptures and wrote its own versions of great epics including the celestial song Gita as well. A whole new school of philosophy that is brand Kashmir it cultivated and gifted to the world. It invented new science of art/drama and its appreciation as well. It couldn’t accept any rule from outsiders on intellectual, artistic or spiritual planes. All these gifts, however, meant that it had to excel in the virtue of patience and suffering for the sake of its higher ideals and commitment to create excellence on its own terms.

Kashmir, Jesus like, chose to suffer for the redemption of others and it continues to accept this role. It has made sacrifices for larger interests of big powers who need its tears to wash their sins. It chose the roles of the oppressed but not without producing martyrs. Kashmiris didn’t write great tragedies because it embodied tragedy in its very soul. Like a mother, it embraced its redemption in the dharma of service for others. Deep down it has always embraced some equivalent of the Sufi Unitarian creed of choosing to suffer instead of inflicting suffering, ennobling the world by its own suffering. Its result is, however, that Kashmiris are known to be Masters in those realms that ultimately matter or survive. It is Jesus and others who suffered terribly who are at the centre of treasured history of mankind.

Kashmir is especially noteworthy by virtue of its paradoxical resolution to preserve its distinctive identity while embracing the other. This, however, may mean in practice prerogative to hurt itself, Boddhisatva style, so that others don’t suffer. Its saints and sages have extolled the idea of negating the self for the sake of other though few today understand it. It has interiorized the lesson “Resist not evil”. Buddha long back recommend it to those seeking the light up the darkness of samsara. Kashmir has so far, Rama style, made kings and not behaved as king. Once when its kingdom extended far and wide, it didn’t earn bad name in the annals of territories it ruled. It has continued to relinquish its territory without even a memory of this rule. However, it has kept the sacred memory of saints and sages, poets and lovers. It took upon itself to suffer so that the dharma rules. It has, of course, a history of resistance against aliens but at the same time it has made it a point to use mostly non-violent/less violent means for the same. 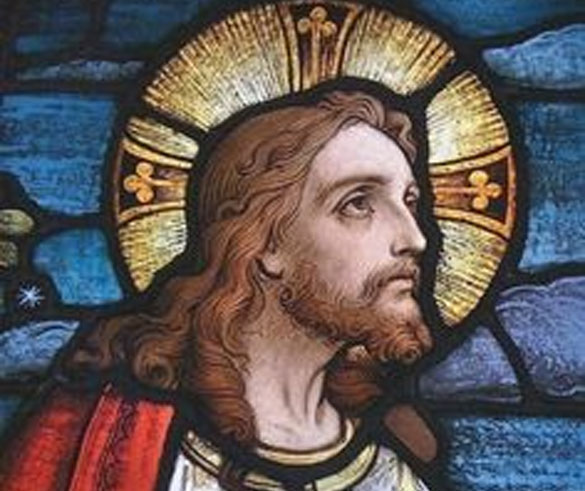 We live by treasuring memories of our sacrifice. In fact, we are constituted by an act of primordial sacrifice by the Supreme Principle – God limiting His freedom – and our salvation or felicity lies in repaying or reliving this sacrificial act. The deepest meaning of sacrifice of humans and animals in the history of traditions and unwritten laws and commitments to raise families lies here. Mother is a martyr who consents to witness the truth of other’s flowering into being. Kashmir has let not only kingdoms of here and there but “alien” cultures and religions bloom.

God creates and our job is to get de-created as Simone Weil would say. If you want to immortalize a community oppress it brutally as its memory would later unite it. God intervenes in his own subtle ways to save people and communities, to pull them from the rut they are in by forcing them to go through an ordeal.

When adharma rules God sends His prophets or what are elsewhere called Manifestations or Avatars to restore the Law. And in this process, one sees unimaginable acts of horror unleashed against the seemingly innocent.

A tradition of the Prophet Muhammad (SAW) accordingly says that it is prophets who suffer most and it is God Himself who chooses to help people by using this suffering for redemption.

The greatest or most iconic events in the lives of people that constitute the soul of their epics and scriptures, and that are relived or remembered at cultural level to heal themselves, are sacrifices. Rama is best remembered for choosing to relinquish throne, Bharat for living as a hermit in the midst of opulence of kingdom remembering the brother’s sacrifice, Sita for denying herself as a queen and instead treasuring the sacred bond with Rama against the riches of the world and Rawan’s court life and Lakshman for living not for himself but for the brother. A martyr is one who chooses to live for the sake of nonself/Other/God. Heroes in world traditions or mythologies dismember themselves or consent to be consumed for higher life of Spirit. Kashmir remembers and treasures its identity as PirWaer(a sanctuary of saints) and these saints and sages for renouncing the life of senses and choosing to live on a higher intellectual-spiritual plane. 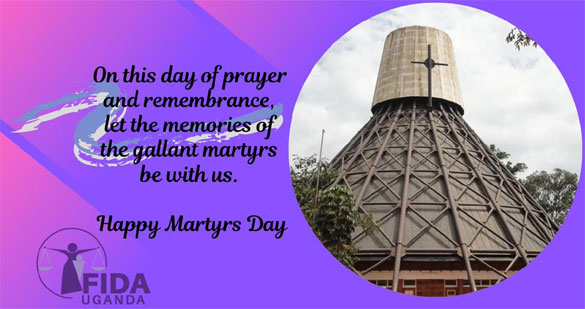 The argument of those who have no argument is to shout and shoot. One can only embrace martyrdom, Socrates like, against them. Kashmir has, by and large, done this. Of late it has faltered in its commitment to the Socratic-Boddhisatvic ideal that makes becoming scapegoat a virtue for the larger good of non-self that constitutes, paradoxically, our true self.

Another lesson from the martyr’s day for the world in general is people live for some other ends than normally supposed and mayn’t hesitate to die for their names/identities. It is hard to find examples of communities ready for collective suicide. Good or bad, even philosophical schools and religious sects tenaciously hold onto their separate identities. In Sufi tradition every soul is said to be unique as God can’t repeat His works or expressions. We are all irreplaceably precious. We must be ready to die for being ourselves. Atman for the sake of which all is dear as one of the Upanisads tells us can’t be sacrificed. One should embrace martyrdom to be oneself truly. This ideal explains why the virtue of warrior caste is to be ready to embrace martyrdom, the path/shariah of the brave, veergati, dying to live.

There is almost a universal conception of courage amongst traditions and communities and it logically implies readiness to die to live as a martyr. Holy war is in fact one where one has to assist God who is on the side of the oppressed. Universally it is the oppressed who deserve our empathy and support. History may take some time to settle the question who was a Deshdrohi or DeshBhakt but literature and collective memory of people settle it for good and very soon. It is the verdict of the folk and not the States that survives.

The world is united in condemning the oppressor but not identifying the latter. Duryodhan was seeking to usurp throne and great Acharyas continued to live in his court without explicit protest. Vidur is remembered as a great soul for his stating truth to Empire and siding with the oppressed truth and relinquishing his prime ministership when lines had to be finally drawn.

But it isn’t easy to acquit or condemn any great figure in the Kuru camp as illustrated in the figure of the great Bheeshem who embodies the complex truth beyond the simplistic binary of good and evil in history by giving blessings to Pandav camp while being the Commander in Chief of Duryodhan. The great Panadavs earned their exile partly by their folly and were expiating their own karma for which destiny created Duryodhan to become an instrument. One can’t curse the oppressor but must fight, with determination, oppression of desires or greed and ignorance that is at the heart of blindness of the oppressor. The culprit in Mahabharata is moral blindness of the blind king Dhatrashter.

The oppressor is to be helped as the Prophet said by stopping him in the suicidal task of oppression. Vidur tries to do it as does Bheesham. It is especially in retrospect difficult to judge on which side is God in particular concrete events of history. Barbareek sees Him on both sides of the battle. God isn’t interested in the fate of individuals but ensuring return to Him. As individuals we mostly fail and are punished. But what survives is the sacred memory of witnessing the truth by those individuals. Heroes are those who transcend individual predilections, embrace larger destiny of community or nation and live in God or transpersonal depths of being and collective memory.

We can erase everything of underdogs or prisoners or other victims except their power to say I. And this explains how the oppressed have continued to live despite Holocausts and genocides of all kinds and how people have found meaning in lives in the midst of fire and on gallows. It was unimaginable how exiled Pandavas would rewrite history one day on their terms. And how Rama could defeat Rawan and lay foundations for a Raj that would not need any elections to stay etched in history and collective consciousness.

Plato’s Atlantis is no more but survives in the imaginative landscape of mankind. Jews have survived millennia of persecution. Nietzsche has observed that man can survive any how if he has an answer to why of life. There are thousands of tribes surviving amidst the clamour of colonizers around them. India has survived all kinds of conquerors by its resilience to live and loyalty to the sacred trust it felt obliged to. We shall overcome. Or better we have overcome if truly follow the paradox of time and eternity and the doctrine that the world is a theatre chosen by soul to play its part and that part may involve the current one of victim though it is indeed tragic that few truly believe in Shakespeare’s dictum that we are players on the stage and not the directors of this play.