Concept Of Khudi: Iqbal Constantly Made Man To Realize His Self And Its Secrets 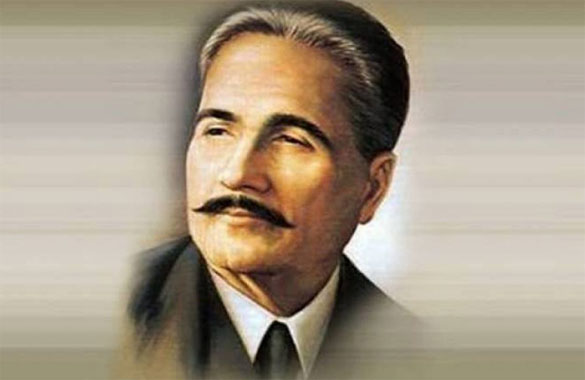 Allama Mohammad Iqbal was born on November 9, 1877 in Sialkot Punjab. He was brought up in a family with Kashmiri Brahmin lineage. Allama’s grandfather left his ancestral village of Looehar in Kashmir after the revolt of 1857 in India and settled in Sialkot, Punjab. Allama’s father was a tailor and his family was living hand to mouth. Therefore, it was not until Iqbal’s elder brother Shaikh Atta Muhammad joined the Mechanical Engineering Services of the Army, that his family’s economic position geared up: from being a working-class family to a middle-class one. Allama’s first published collection of poems came out in 1923 titled, “Bang-e-Dara” (Call of the Marching Bell). He wrote mostly in Urdu and Persian. Some of his poetic works include Zabur-i-Ajam, Bal-i-Jibril (Gabriel’s Wings), Ramuz-e-Bekhudi (Mysteries of the Selflessness), Asrar-e-Khudi (Secrets of the Self). For the English readership he is mostly known by his lectures, The Reconstruction of Religious Thought in Islam.

Syed Nazeer Niazi, popularly known as James Boswell of Allama Mohammad Iqbal, was an eminent Muslim scholar, professor, and a journalist of Pakistan. Once Niazi enquired from Allama about the sources of Khudi/Selfhood. In response to that, Allama invited him to his house in order to unfold the source from which the concept of Khudi has derived. Syed Nazeer Niazi then eagerly went to his house with a pencil and a notebook to put on a piece of paper the sources of Khudi. After a while Allama asked Niazi to bring the copy of Holy Quran from the shelf, and asked him to read the Verse 19 of Surah Al-Hashr, which says: “And be not like those who forgot Allah, so He made them oblivious of themselves.” Niaza was stunned to know that Khudi/Selfhood is a result of Allama’s understanding of the Verse 19 of Surah Al-Hashr. Asrar-e-khudi, popularly known as The Secret Self in English was published in the year 1915. It is an effort towards the discovery of the Self in the light of the holy Qu’ran. Allama in his philosophy of self defines khudi as, “a divine element that exists in human self, if realized, developed, educated and tamed.”

The translation of Khudi/Selfhood is not just self-respect or ego but it is the reality of humanity. Khudi as understood is an extraordinary supernatural power, force, or existence residing in human beings after the development of which a man becomes the vicegerent of Allah on Earth.

Khudi is the most fascinating, yet immensely delicate and sensitive concept. This is the reason why the eminent scholars become silent as they understand that the topic of Khudi is not merely about the projection of knowledge or debate rather it is the restructuring of spiritual experience. One to speak about it has to go through these experiences and the one who didn’t experience the flairs of Khudi/Selfhood probably cannot speak about it. However, the concept of Khudi, according to Allama is deeply rooted in “Knowledge” and “Love”.

Allama  first talks about the love and then gives a man the idea that the most powerful force in the human body is love.

He emphasizes on a point where he says that the essence of life is love but the essence of love is Khudi. But it is remorseful to see that this sharp sword is yet hidden in a sheath. He further tries to explain man the secret of Self.

Here, Iqbal tries to make man realize his secret of existence. He says that man is a secret of Kun Fayakun. All it takes, when He wills something to be, is simply to say to it: “Be!” And it is! (Surah Yaseen, verse 82). To understand this one needs to refer to the holy Qur’an where Allah says that the world is the response of Kun Fayakun i.e. He just commanded the world to be and it is. Allama stresses upon to realize this secret behind his essence. He wants a man to understand the forces of the divine element that reside in him because once it is realized and achieved, the man will become the reflection of Allah SWT that is to say the man will become the Representative, a Vicegerent of Allah SWT on Earth. Then he will speak by the will of Allah on his behalf. He will become the eyes and hands of Allah. He will be able to see things from the Light of Allah and carry the matters under the Guidance of Allah. Man will now be among one of the Forces, Powers, and Armies of Allah. Allah in the holy Qur’an commands his servants to acquire his colour that is his attributes. Allama further asks the man not to deviate from his self rather identify, know, and immerse into thy secret Self and free it from the unnecessary fetters, strive towards immortality and become immortal.

Allama through his poetry constantly made man to realize his Self and its secrets. In one of his couplets, he asserts that the human’s selfhood is an infinite, boundless ocean and in another one, he says that the morning breeze whispers him that those who know their self, their status is that of a King, meaning they rule the worlds.

Later on, Allama vehemently remarks, especially responding to his critics, that if anyone lacks the inner vision then it is better for him not to be a part of his gathering or be among his listeners.

Allama once defined Khudi as,

Allama elucidates that when the Khudi is revealed it reflects the Messenger of Allah (SAW) and when it is in solitude it reflects Godliness. He says that if man only realizes, not only the Earth, the Heavens, and the great Empyrean, but almost everything will be within the range of Selfhood. This is the eternal secret that Iqbal tries to unveil to all of humanity and specifically to Muslims. He has comprehensively defined the concept of Khudi, the relationship that exists between men, Prophet Muhammed (PBUH) and Allah (SWT) in the aforementioned lines. It won’t be wrong to say that a man of today wouldn’t have got simple yet a comprehensive understanding of Khudi in any other discourse, language, speech or poetry. Most certainly, Allama was at the peak of Khudi/Selfhood otherwise it is not possible for an ordinary man to precisely explain the secret pearls of Self and Selfhood. Allama after explaining the concept of Khudi depicts its effects on the human world.

Allama says that the nation’s youth who are well versed with the concept of Khudi don’t require weapons to protect themselves. Each one of them is a weapon himself or it can also be understood as those nations are not dependent upon arms and ammunition whose youths realize, develop, sternly protect and take care of their Khudi. He showed the path walking upon which man protects his khudi.

Dr. Arif Bashir is a PhD in Clinical Biochemistry and is an invited referee of Springer’s Tumor Biology, The Netherland.

Original Headline: Unravelling the mysteries of the self