South Asia remains one of the most politically complex regions of the world, with long-standing tension between India and Pakistan since partition in 1947 and the more recent emergence of a new global politics of radical Islam through al-Qaeda. 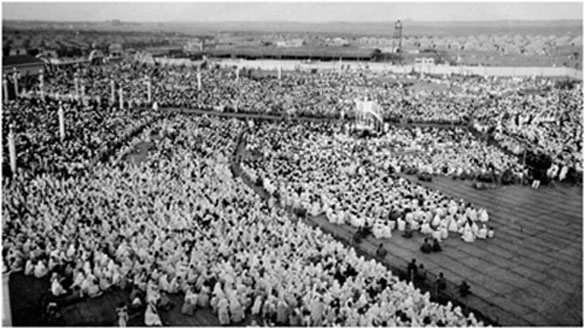 Faisal Devji, a historian based at Oxford, has addressed these different political histories in a series of books, among them, Landscapes of the Jihad (2005), which was one of the first serious attempts to explain al-Qaeda in the wake of 9/11, and Muslim Zion: Pakistan as a Political Idea (2013), which addresses the unlikely connections between Pakistan and Israel.

As a distinguished visitor at the University of the Witwatersrand's Centre for Indian Studies in Africa, Devji recently delivered two lectures on the theme of Thinking Islam.

Your first book, Landscapes of the Jihad (2005), sought to explain al-Qaeda and its motivation in the context of Islamic political thought and the space of contemporary globalisation. Have your views changed since 2005? What is your impression of the organisation's future after the death of Osama Bin Laden?

In the immediate aftermath of 9/11, it seemed as if al-Qaeda heralded the beginning of a new era as far as global militancy was concerned, which was one reason the United States, in particular, has invested so heavily in equally novel forms of counterterrorism, to the degree of breaking down its own structure of civil liberties and thus imperilling American democracy. But, though it is true that many of al-Qaeda's arguments and practices were new and may in future be taken up by other movements and causes that have nothing to do with Islam, the network itself has suffered near collapse in terms of global visibility and support. This is not because the "war on terror" has degraded its capabilities so much as there has been a loss of support for it in the Muslim world.

It seems that al-Qaeda was a transitional phenomenon, one that I think takes its meaning from the end of the Cold War. As we know, the network was founded during the Cold War's last battle in Afghanistan against Soviet occupation since 1979. In the wake of the Cold War, it is no longer clear what global politics looks like, and al-Qaeda, like other groups, including nonviolent nongovernmental organisations, have managed to occupy this empty global arena with their distinctive non state practices. Since the death of Bin Laden, those who take the name al-Qaeda are much less global in their networks and conceptions, focusing not only on regional struggles but also on conflicts between Muslims, rather than with "the West".

A more recent book, The Impossible Indian (2012), challenges popular views of Mahatma Gandhi by dwelling on his views on violence. Is there a connection with your earlier work on violence and political Islam?

Gandhi always maintained that violence and nonviolence were intimately linked, which was why one could be converted into the other. He argued that evil must itself rely upon goodness, since even the most self-interested and treacherous leader, for instance, had to rely upon virtues such as loyalty, friendship and sacrifice among his own army in order to exercise his power. The point then was to withdraw goodness from evil and so cause its collapse, something Gandhi called non co-operation. What interested me in al-Qaeda's actions and rhetoric was precisely its reliance on virtues such as friendship, loyalty and sacrifice, which I sought to explore in the two books I wrote on militancy, both of which were in some ways inspired by Gandhi.

Your new book is on Pakistan. Indeed, you have moved from organisational politics to the individual and to the nation-state in your writing. Was this an intentional itinerary, to explore different venues of political engagement and expression?

My book on Pakistan is much more of a narrative history than the three that went before. I look at the way Islam was made into a modern political form for the first time with the All-India Muslim League. One thing that interests me is how the Pakistan Movement managed to break out of the closed world of British constitutionalism and Indian politics to conceptualise its role in international terms. Although the international arena in which Muslim politics is elaborated was framed by movements of communism and fascism, I focus on Zionism as a persistent model for it and, indeed, we know that Israel and Pakistan were founded within a year of each other to constitute the two most important "religious" states of our time - in fact, Israel was founded at the United Nations on the legal precedent set by Pakistan.

Being from Zanzibar, what are your impressions of Islam and politics in Africa? Do you see connections between South Asia and Africa in this regard?

As a Tanzanian, I am certainly interested in Africa, but apart from an article I published many years ago on Julius Nyerere's translations of Shakespeare into Kiswahili, I have not written on the subject. But, precisely because I was Indian by ethnicity, but not brought up in India, I suspect that I was able to approach Indian or Pakistani history naively and ask basic questions about these societies that others might have taken for granted. The same goes for Islam, which looks very different on the East African coast than it does in South Asia or the Middle East. Indeed, it was because I happen to have been in Dar es Salaam when the American embassy there was bombed by al-Qaeda that I was shocked into thinking about its new form of militancy. But I am thinking about doing some more work on Africa, particularly on Nyerere's last epic poem, on Tanzanian unity, as well as on the Zanzibar revolution, the first in sub-Saharan Africa.

Christopher J Lee teaches international relations and works at the Centre for Indian Studies in Africa at Wits University. He is the editor of Making a World After Empire: The Bandung Moment and Its Political Afterlives(2010)