To Help, or Not? Making the Right Decisions For Charity

Since Everything Belongs To God, ‘Our’ Material Wealth Is Actually God’s.

1. While we must give in charity, we need to do so responsibly, in line with the will of God, the real Owner of that wealth.

2. In order that the wealth we may give in charity is used only for causes that God approves of, we should turn to God to seek His guidance in the matter. 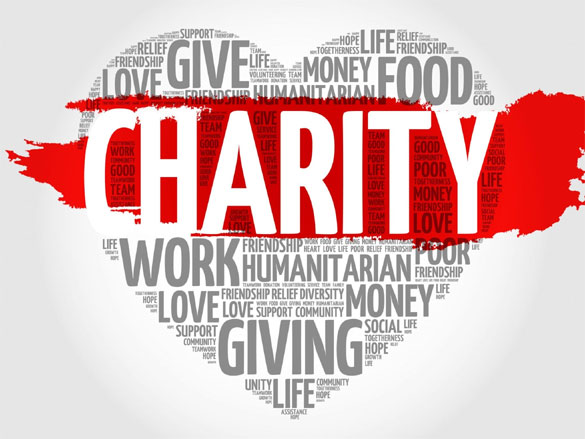 Various religious traditions stress the need to share our wealth in charity. Such sharing can help not just the recipients of charity but also those who give it. In the case of the latter, such giving can help them loosen their attachment to worldly wealth and enable them to grow in the expression of Divine virtues like compassion and kindness and thereby evolve spiritually. Charity, if done with the right intention and if given to the right causes, can help givers of charity grow as persons.

While the need to share of our material wealth with those in need is clear, whom we should help and how we should go about doing isn’t always very obvious. Sometimes, we might make major mistakes in our giving, leading to a waste of God-given resources.

Let me cite just two cases from my own experience of what might have been misplaced charitableness. Several years ago, my mother was taken ill and was admitted to hospital. I was so distraught and I so wanted my mother to get alright that I donated a big sum (I won’t mention how much—you might think I am a real fool!) to a home-help who worked in my mother’s house. I can’t remember what exactly my motive was in doing so, but I might have thought that if I gave the money to this person, God would be pleased and He would make my mother recover very soon.

When I think of it now, I wonder if I really did the right thing actually. If my intention in giving the money in charity had been that in return for it, God would make my mother well soon, I don’t know if God really wants us to engage in a ‘bargain’ like this.

Then, the question arises, even if giving away that big amount in charity on this occasion was indeed a wise thing to do, had I really selected the right person? There may well have been people and causes that were much more deserving than the person I gave the sum to.

And then, did I have any idea how the big sum of money that I had given would be used by the person I gave it to? Was I sure if he would use it for a good purpose? What if he spent at least some of it on things like a motorbike or jewellery for his sister or for a marriage in the family, things that I definitely wouldn’t have wanted the money to be wasted on?

Here’s another example of well-meaning charity that might not have been wise. The other day, a person who works as a guard in an NGO contacted me. His daughter had recently got married and he owed a large sum of money to the girl’s in-laws—perhaps for expenses incurred during and immediately after the marriage. He wanted assistance. Now, I know this man is very sincere and kind and I also know that he earns a modest salary, which may make it quite a challenge for him to eke out a living for his family and himself, but I vacillated a bit. Finally, though, I sent him a fairly sizeable sum. I made it clear that I did not want the money back.

Now, did I do the right thing? Was my charity a wise act? Perhaps when I sent the money I thought that what I did was right. But now I wonder if it was indeed so. What if the money was used to cover wasteful wedding-related expenses, like a sumptuous feast or a fancy bridal dress or video recording of the marriage or whatever—things that I would never approve of?

These are just two of several cases of what might be misplaced charity that I’ve experienced over the years  that illustrate that while helping people who are materially less well-off than us can be a very good thing, whom we should help and how we should do so isn’t always easy to decide. Giving in charity is good, but emotionally-driven, unthinking charitableness may not be.

In making decisions about giving in charity it is good to bear in mind that the material wealth that we have is a blessing from God. Since everything belongs to God, ‘our’ material wealth is actually God’s, not ours. This being the case, while we must, as God wants us to, give in charity some portion of the wealth what God has blessed us with, we need to do so responsibly, in line with the will of God, the real Owner of that wealth. Knowing that the wealth is actually God’s and that we are simply trustees of it, we need to engage in charity in a manner that is pleasing to God. Our charity should go only to causes that God wants us to serve. We might think that some cause is worth supporting but God may think otherwise.

In order that the wealth we may give away in charity is used only for causes that God approves of and that we do not squander it, it is good to turn to God to seek His guidance in the matter. If suppose someone asks us for money for a certain cause, we should present the matter before God and request Him to guide us what to do. Then, we should follow the guidance that we may receive within. That way, our charity may go to the right causes and not go waste.