In India, You Are Free To Go To Your Mosques and Temples

India, like most developing countries, has a host of problems ranging from corruption and poverty to female foeticide. Fortunately though, religious intolerance is not on this list of issues that ail India. 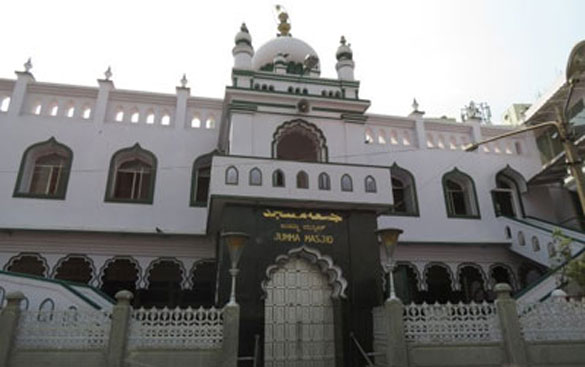 This land is, after all, the birthplace of four major religions and is now a nation that people of every major world religion call home. PHOTO: BHAKTI V

While there’s no denying the fact that India has, in the past, witnessed incidents of religious rioting, it still remains a country that is home to people of various faiths whose lives remain inextricably intertwined with each other – as classmates at university, colleagues at the workplace and as neighbours living in close proximity to each other. 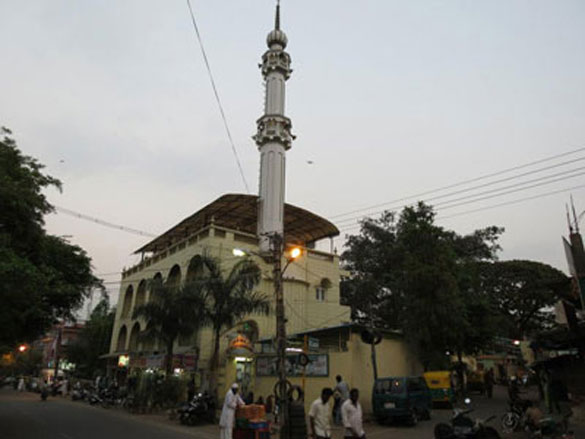 (A mosque next to a Church in India)

I’ve written a blog about Diwali/Hinduism for The Express Tribune.

This time around, I figured I’d do something different – give the reader a glimpse into the lives of minorities in India but I didn’t want to go down the usual route of quoting population statistics and listing names of prominent personalities from minority communities. 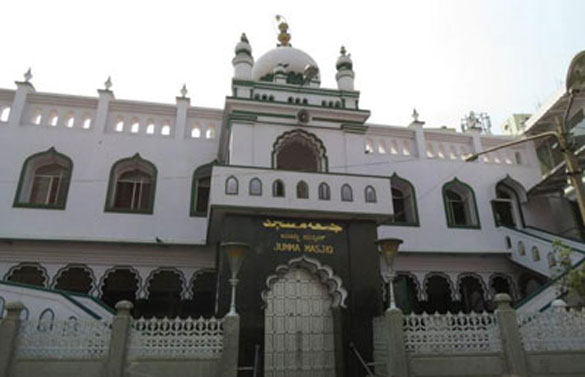 With that thought in mind, I ventured into the streets of Bangalore to capture images of minority worship places and spoke to ordinary people of different faiths about their experiences in Hindu majority India.

Here’s what a friend of mine, Sumayya, had to say:

“Religious biases may exist in the minds of certain people belonging to both communities (Hindu, Muslim). However, the positives of being a Muslim in India outweigh the negatives. I think it would be incredibly tough for Indian Muslims to live in most of the Muslim majority countries in the world. As Indians, our freedom knows no bounds – every Muslim in India is free to practice Islam the way it suits him/her. We choose practices that we want to follow and shun the rest. There are no hard and fast rules about how we ought to live our lives – there’s no authority controlling us with an iron fist. Not only do we have the freedom to practice our faith, religious heads are also given a free reign to dictate terms on some issues. For example, a Kashmiri all-girl rock band was forced to disband following a cleric’s edict. Now, I don’t agree with the decision taken but this is an example that illustrates the power these men yield. Also, to be honest, I’d rather be a Muslim woman in India than in most other Muslim majority countries.” 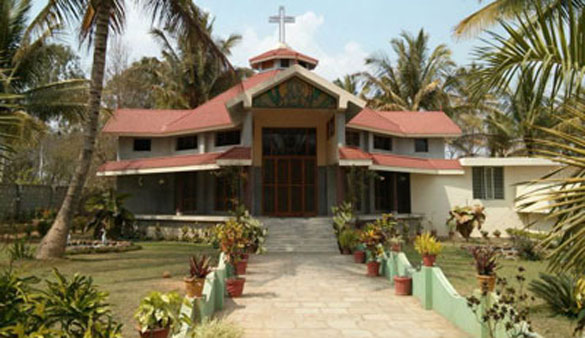 A friend from the Christian community, Kevin, commented:

“There are so many Christian schools in India. A majority of the students in these schools are non-Christian but they participate in the morning assembly and sing Christians hymns. People of different faiths celebrate each other’s festivals. I think we’ve all grasped the fact that there are only two options available to us – coexist in harmony or be wiped out. Thankfully, we’ve chosen the wiser of the two.” 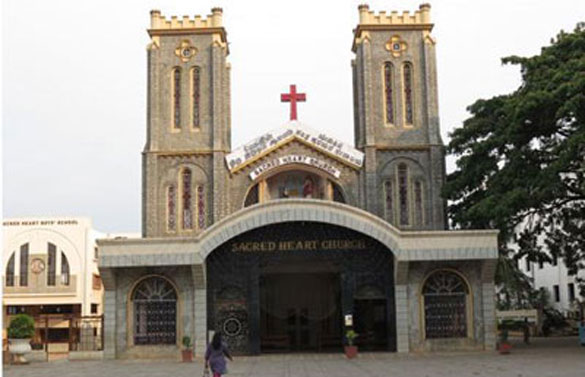 “I’ve lived in Bombay all my life so my experience is limited to this city alone. I interact with people of all religions on a daily basis but I’ve never been discriminated against on account of my religion. I’ve never been made to feel that I belong to a minority community. In my opinion, India is a largely tolerant and accommodating society. Issues arise in cases of interfaith marriages, but apart from that, we don’t view each other through religiously tinted glasses.” 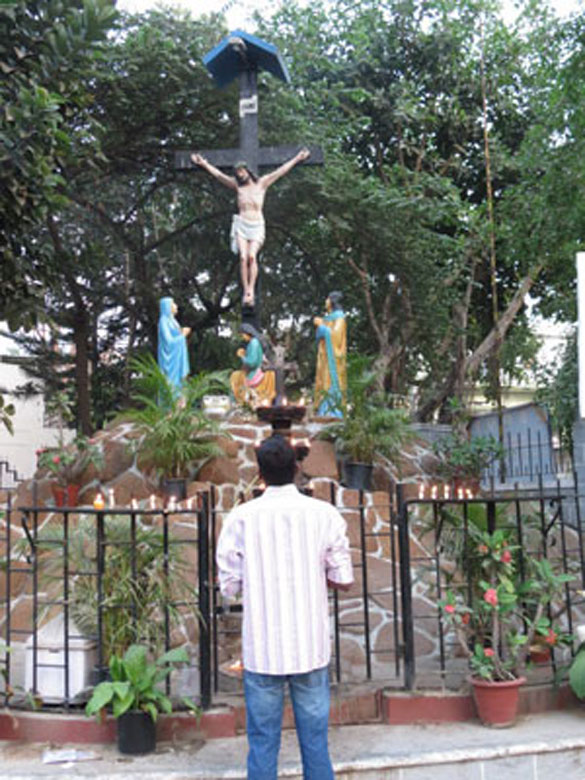 (A man at a church in India)

This land is, after all, the birthplace of four major religions and is now a nation that people of every major world religion call home. India hasn’t seen a single incident of anti-Semitism; it’s a land that has welcomed outsiders with open arms and accepted them as its own. 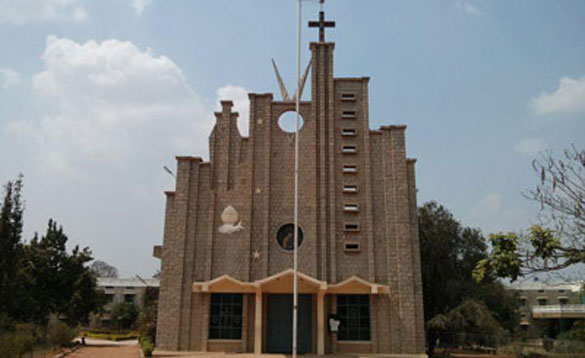 As a Hindu from West India, I can culturally identify and have more in common with Christians, Muslims, Sikhs, Jains or Jews from my state than say, a Hindu from Kangra valley or Wayanad.

(Evening mass going on in a church)

This is the story of India; it is a diverse land with people of multiple faiths and ethnicities. India will prevail despite its heterogeneity because what sustains it is the shared commitment to champion the pluralist ideals that have bound its inhabitants together as a cohesive unit for millennia. 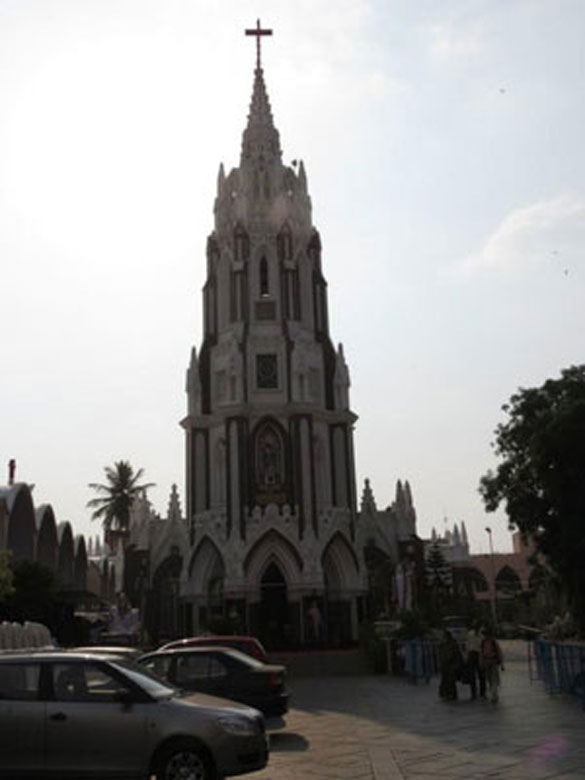 “The last elections, gave the world an extraordinary phenomenon, of an election being won by a woman political leader of Italian origin and Roman Catholic faith, Sonia Gandhi, who then made way for a Sikh Manmohan Singh to be sworn in as prime minister by a Muslim, president Abdul Kalam, in a country 81% Hindu,” 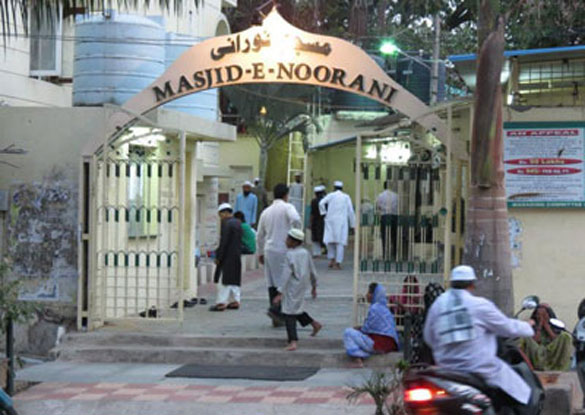 (A mosque in Jayanagar, Bangalore)

He went on to state,

“When I talked about that example, it’s not propaganda because ultimately, that electoral outcome had nothing to do with the rest of the world. It was essentially, India being itself.” 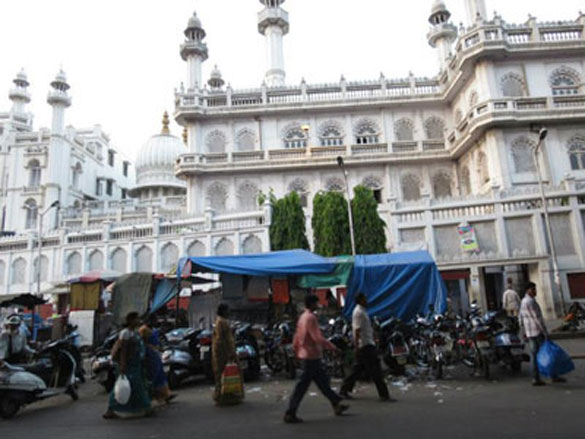 As I walked down those roads clicking away, I couldn’t help but feel a sense of immense pride at the secular ideals that India has managed to uphold.

India is not, and will never be, a country for Hindus alone.