Piety and Religiosity Are Not a Guarantee against Wrongdoing

News is doing the rounds that some young Muslim men, among them a journalist and a DRDO employee, have been picked up on suspicion of alleged involvement in planning unlawful activities. 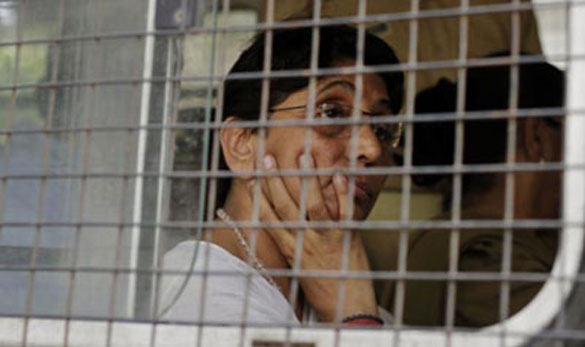 An hour ago I heard the distraught mother of one of these men bemoan that her son could never do such things because he is so “religious.”

It is more than likely that this young man and others as well are entirely innocent of the crimes alleged against them, but to think, as the truly pious do, that being religious is a guarantee against wrongdoing, alas, is another matter altogether.

Indeed our experience of the world over the last decade or so points rather in quite the opposite direction.

At which I am reminded of how well somebody said “Religion is an insult to human dignity. With or without it you would have good people doing good things and evil people doing evil things. But for good people to do evil things, that takes religion.”

And religion here need not have reference merely to denominational identities. What is said might apply to our immersion in any form of totalitarian allegiance that hardens the heart and makes even the best of us brain-dead.

Think of this; Mayaben Kodnani: a svelte, close-cropped modern woman, and a gynaecologist of some repute to boot.

Why should reason have so deserted this lady that she could go from routinely caring for children and women to organising their slaughter? I truly wonder what she would have to say about this in a session with a shrink.

Which also reminds me of that stunning proposition in Shakespeare’s King Lear, wherein Lear, having willingly devolved authority to his two older daughters, and finding himself thrown out of home and hearth by both, speaks to his loyal Fool thus of the younger of the two daughters, Regan: “Let us anatomise Regan to see what is it in nature that makes these hard hearts.”

How often over the last decade have I thought of Narendra Modi in that context. Why is it that the often self-appointed protectors and aggrandisers of one religion cannot muster the imagination to think that they are mirror images and blood brothers of those they set their hearts against? Why is it that the simplest and best of religious teachings never seem to touch them, such as the profound and profoundly simple adage “do unto others as you would have others do unto you.”

Why indeed do we not recognise the seemingly paradoxical fact that often men and women of no denominational faith but impelled only by what Matthew Arnold once called “best reason” are far closer to the most treasurable teachings of the great men and books of religion than those hordes that claim suzerainty over both?

Why indeed is it the case that from being “the heart of a heartless world” religion has come to be the most redoubtable curse of humankind, wherever one looks? And why is it that the most impressive leaps and products of humankind’s engagement with nature seem only to further and fuel the murderous power-lust of the most irrational and inhuman?

The nineteenth century French thinker, Auguste Comte, once spoke of the “religion of humanity.”

It is about time that a concerted worldwide effort was unleashed to find and install this alternate form of religion, a project that would simultaneously oblige the pursuit of a political economy consonant with the first principles of great religious teachings, such as the equality of all men and women in desire, aspiration, possibility, and death.

What a beginning might be made to that project were Narendra Modi, like a Valmiki , an Ashok, or an Augustine, to bare all, and release to a beleaguered country the power of soul force.