Dalai Lama: Compassion Is Central To The Ethical Systems Of All Religious Approaches

If you're as keen an observer of what's trending on social media as I like to think I am, you must have come across reports on one of the following incidents in recent days:

i)             superstar all-rounder Shakib Al Hasan receiving a death threat for his role in the inauguration of a Kali Puja festival in Kolkata from a man on Facebook Live, who accused him of blasphemy and threatened to cut him to pieces with a machete;

ii)            ii) a large gathering at the Dhupkhola Math under the banner of Touhidi Janata Oikya Parishad, protesting, with threats of dire consequences, the planned installation of a sculpture of Bangabandhu;

iii)           a five-star hotel being built by Sikder Group in the hills of the Mro community in Bandarban, potentially leading to their displacement, dispossession, and loss of livelihoods;

iv)            four Hindu houses and a family temple being vandalised and torched in Cumilla's Muradnagar area; 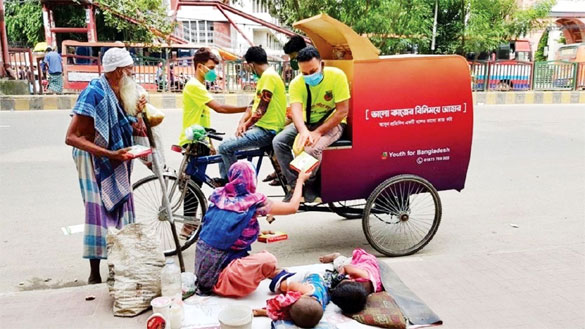 I cite these incidents not to add my two cents to the debates swirling around them or to dissect the social media diet of local netizens, but to merely show a common thread running through them all: violence. These are all textbook examples of different types of violence: psychological, spiritual, economic, cultural, sexual/physical/domestic, and virtual—precisely in that order. The list doesn't end here, of course, nor is there a shortage of illustrative examples.

I remember there was a time when, owing to my youthful naiveté, I would think that living is more than surviving. That life doesn't have to be a code word for struggle and suffering. In reality, living, for most people, was surviving. But now, especially since the outbreak of the pandemic, living has become more of an exercise in trudging through one horror story to another, each day like a new episode, each scarier than the one before. In this time of alt-truth, hysteria and militant intolerance, perhaps it is natural that the threats of violence and cruelty, both online and offline, are never far away from us.

The lack of empathy and understanding, as demonstrated by the aforementioned incidents, is deeply unsettling. But often, how we approach a problem mirrors not just the reality in which we live but also what we think to be its solution. We, regardless of where we belong in the liberal-conservative spectrum, seem to think that if faith doesn't work, applying force will. If emotion doesn't take us far, cold, dispassionate reasoning will. If the past doesn't unite us, the future will. If you're not speaking in my terms, you're not speaking at all. This either-or binary dominates our perception of problems. In our heart, there is no place for the "sinner", no rebuke for the "faithful", even when their roles intersect. We seem to have all the answers ready. All the solutions that can bridge the widening crack in our social fabric. Yet division and violence thrive, which makes me wonder: what questions should we be asking that we are not? 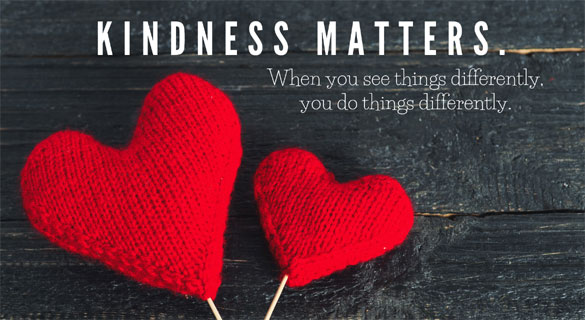 One question that often remains unasked, in my view, is if there is a way that can give both sides of the liberal-conservative spectrum something that isn't up for interpretation—a common ground in their search for solutions. Kindness, it is believed, offers such a way. As the Dalai Lama once said, "It is my fundamental conviction that compassion—the natural capacity of the human heart to feel concern for and connection with another being—constitutes a basic aspect of our nature shared by all human beings, as well as being the foundation of our happiness." Theologian Dan Harper expands on this philosophy by saying: "While religions may differ in their metaphysical views, the Dalai Lama says that religious and secular views converge in the realm of ethics. He believes compassion is central to the ethical systems of all religious approaches, including theistic approaches like Christianity, non-theistic approaches like Buddhism, as well as non-religious secular ethical systems."

In short, kindness is the common thread that runs through all faiths and nonfaiths. As such, it should appeal equally to adherents of all belief systems. No, it is not the solution to all our sociocultural problems. But in a society as diverse and as increasingly cruel as ours, building a culture of carrying out small, random acts of kindness can trigger a snowball effect which may eventually lead to a fairer and kinder society.

This month, we have had two related occasions within the space of four days—World Kindness Day on November 13 and International Day for Tolerance on November 16. Unfortunately, none of the days are observed officially here. The celebration is limited to publishing articles only. As a society, we would benefit greatly from a wider promotion of these days, especially after the outbreak of the pandemic which has brought to the fore the importance of citizen-led voluntary initiatives to help those in need. 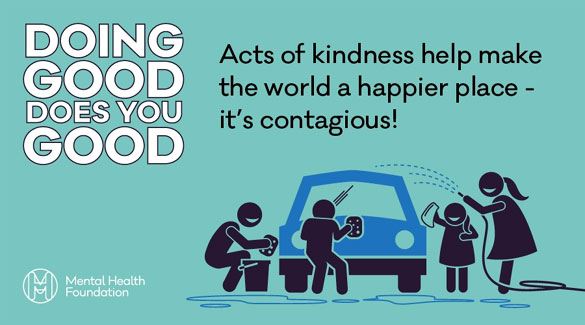 "Be kind" has been a recurring message in 2020. Our gratitude to the frontline workers shows how much we appreciate kindness. Yet kindness is not always easy to sustain, as one columnist noted, and as a society we are clearly struggling to be kind to certain groups, especially those who think or act differently. Shakib had to apologise for his "behaviour" even though he violated no law, no social convention. The Hindu community in Muradnagar had to go through unimaginable sufferings even though they did nothing to warrant such cruelty. True adherents of Islam who understand its principles would never do something like this. These are challenges that proponents of the kindness movement have to address going forward.

The most beautiful thing about kindness is that it brings as much joy to the giver as to the recipient. The history of this land is replete with such small, selfless and often undocumented acts of kindness. I see strangers on bus leaving their seats for older people and women with children, people reaching out with help unbeknownst to others, blood donors hundreds of miles to help unknown patients.

When I suffered a major road accident two years ago, a stranger came out of nowhere and took me to hospital, and then vanished into thin year, without giving me a chance to thank her. Such is the potential of our people to do good and heal wounds, purely driven by compassion. We need to nurture this culture, promote it systemically, and spread the message of compassion and empathy so far and wide that the dark forces of bigotry and zealotry find little support for the heinous crimes they intend to commit.

Badiuzzaman Bay is a member of the editorial team at The Daily Star.