All the Religions of the World Teach the Lessons Of, Spirituality, Inclusiveness, Compassion, Honesty, Hospitality and Generosity

1.    Not all of us believe in the Oneness of Allah but we believe that all the religions take us to the same destination.

2.    The hereafter destination is called heaven or the Swarg or Jannah.

3.    All the positivities of life are said to be the embedded traits of humankind.

4.    He, the Exalted divided us into nations and communities to judge us through our piety and faith in Him.

5.    The Vicegerents of Allah need to do much more than just blame, condemning or refuting the evil forces of terrorism, militancy and various phobias

Inclusiveness and Compassion – A Divine Virtue

Not all of us believe in the Oneness of Allah but we believe that all the religions take us to the same destination. The destination is called heaven or the Swarg or Jannah. Not only this but all the religions of the world teach us the lessons of, spirituality, inclusiveness, compassion, honesty, hospitality and generosity, in short, all the positivities of life are said to be the embedded traits of humankind.

Allah the Exalted is very clear on the topic of inclusivity. He says in the Holy Quran, “O mankind, indeed We have created you from male and female and made you peoples and tribes that you may know one another.” (Al-Hujurat: 13) - Sahih International

The human world could have been one nation, one community, of one caste, creed and colour but He, the Exalted divided us into nations and communities and people of different caste and creed and colours to judge us through our piety and faith in Him. Allah the Most Compassionate further says in the same Ayat, ‘Indeed, the most noble of you in the sight of Allah is the most righteous of you. (Al-Hujurat: 13). Therefore to make the earth like heaven, the first and foremost thing needed is our piety that creates nobleness in our person.

And we will be rewarded accordingly for our nobleness and piety as He says in the Holy Quran; We will facilitate for them the Way of Ease.  (Al-Layl - 7) — Dr Mustafa Khattab

Allah the Most Compassionate and Merciful has not distributed us into nations to fight among ourselves for something that is not ours. Everything that we say belongs to us is a gift of Allah and we have to leave these all while returning to Him. We must understand that ‘Every soul has to taste death.’ (Al-Imran: 185) and we return to our Creator having only our piety with us, no materialistic gains for which we create all kinds of nuisance and fight to our brothers and sisters, the vicegerents of Allah. Allah the Exalted says, ‘AND LO! Thy Sustainer said unto the angels: "Behold, I am about to establish upon earth one who shall inherit it (Al-Baqarah: 30). This earth, therefore, belongs to all the creations of Allah and if one is forcibly snatching others rights one is denying the person something that is gifted by Allah to him. And this is evil.

The universe is not ours, it is Allah the Most Compassionate that He has bestowed upon us His blessings and granted us this beautiful earth laden with glorious oceans, mountains, forests, animals and birds. And mind it, all His creation keeps bowing in front of Him singing His praise. Allah the Exalted did not need humankind for His worship as the following Quranic Ayat that is a conversation between Allah the Most Gracious and the Angels, reveals:

... whereas it is we who extol Thy limitless glory, and praise Thee, and hallow Thy name?" [God] answered: "Verily, I know that which you do not know." (Al-Baqarah: 30) - Muhammad Asad

The above mentioned Ayat of the Holy Quran should be enough for mankind to bring it to its senses if it feels proud of its worship to Allah. Humankind worships Allah to preserve his piety and nobleness for the people on the righteous path will be rewarded in the hereafter. 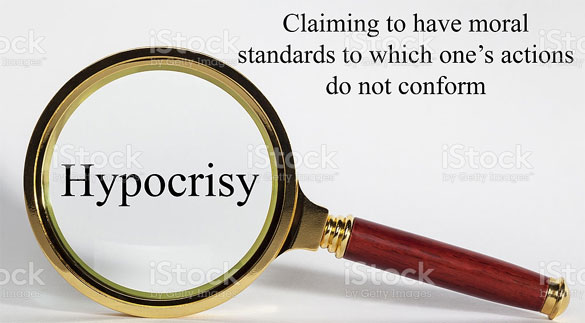 The terror spread from Nazi Germany, Xinjiang, Myanmar to Afghanistan, Pakistan Syria, Iraq, Kuwait, Nigeria and many other parts of the world should not be known as Islamic terrorism, White Supremacist terrorism or by any other name but it is only a 'political terrorism'. This political terrorism is nothing but a quest for power. This power-hungry materialistic world has lost its sense of belonging to a humane race. All of them identify themselves with one or the other religious faith because it is the religion that brings them political power. The moment they identify themselves with atheism they will lose their right to make people fight in the name of religion. Religion is the only substance that makes people die without a question to their masters and this is the opium of the immature mind that is misused by the religious bigots to spread terror in the name of religion.

The politico-materialistic power-hungry people are hypocrites of the highest rank. They know by their hearts what they are writing, speaking of campaigning is just to befool innocent people. They condemn the evil forces in the harshest possible way and come to the cosy comforts of their glorious nests, waiting for another terror blast or suicide attack to occur and repeating their condemnation. They do not take action to stop the evil incidents to happen again. The acts and the nature of the hypocrites are coming true to what Allah the Exalted and All-Knower says in the Holy Quran:

They have made their ˹false˺ oaths as a shield, hindering ˹others˺ from the Way of Allah. Evil indeed is what they do! (Al-Munafiqun: 2)

When you see them, their appearance impresses you. And when they speak, you listen to their ˹impressive˺ speech. But they are ˹just˺ like ˹worthless˺ planks of wood leaned ˹against a wall˺. (Al-Munafiqun: 4)

Vicegerents of Allah Can Transform the World into a Living Heaven

The Vicegerents of Allah need to do much more than just blaming, condemning or refuting the evil forces of terrorism, militancy and various phobias, such as Islamophobia, Christianophobia and Hinduphobia but these phobias need to be fought and defeated by the teachings of inclusiveness and brotherhood. These phobias also are there because the noble forces did not take the cudgel of reforms in the world society. These noble forces need to peep into their hearts to rejuvenate themselves and recreate faith in the divine help that is for the people who fight evils by preaching inclusiveness, love and compassion. Everyone among us is responsible for every evil act of the past that killed thousands of people and destroyed hundreds of families because every one of us is the inheritor of the world planet. It just needs to reaffirm our faith in His revelations and follow the life of Prophet Muhammad Pbuh to transform the lives of humankind in divinity that is their natural trait.  Bringing divine attributes into our lives is not at all difficult as all the positive traits are embedded in our souls. It only needs a strong will to follow the teachings of Prophet Muhammad Pbuh described in the Prophetic traditions.

Recreating the magic of beauties that Allah the Exalted has created for His vicegerents on the planet earth is just a wish away. A wish to be inclusive, brotherly, respectful to all the human beings, respectful to all the religions and following the Quranic command of, ‘There shall be no compulsion in [acceptance of] the religion’ (Al-Baqarah: 256) and To you is your religion, and to me is my religion!" (Al-Kaferoon: 6) will bring the humane ethos of mankind to the fore and the world will be a heaven-like planet. The life in the here and hereafter will be rewarded by Allah Almighty with blessings of His mercies if we followed the two verses mentioned above.

Allah the Exalted has revealed the Holy Quran on the Seal of the prophets, Prophet Muhammad Pbuh and says, “And We have sent you (O Muhammad SAW) not but as a mercy for the Alameen (mankind, Jinns and all that exists)” (Al-Anbiya: 107). The mentioned verse does not distinguish men from men religion from religion and community from community. Therefore, it is for human beings to follow suit and spread the message of inclusiveness and compassion in the world to transform the evils into the holiness of mankind. 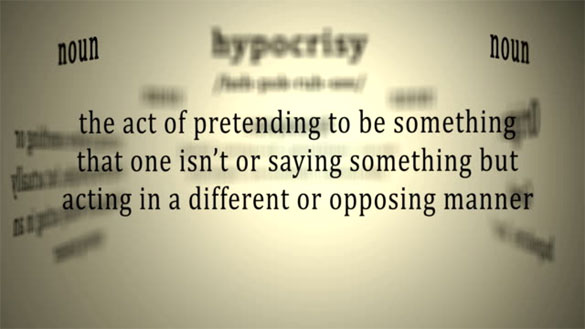 The world is full of hypocrites and ill baked religious scholars. These scholars of Jews, Christians, Muslims, Hindus and other faiths have not done justice to the knowledge that they are blessed with.

Their analysis and interpretation and translation of the Biblical and Quranic verses, Ramayana and Mahabharata Shlokas and Prophetic traditions, do not do justice to what is revealed in the Books. A true interpretation of the Holy Books will bring humankind on the righteous path and the world will be as beautiful as the Creator of the universe wishes it to be.