·        The Prophet says: 'Whoever does not thank people (for their favour) has not thanked Allah (properly), Mighty and Glorious is He!' (Musnad Ahmad, Sunan At-Tirmidhî)

Some among us, the 21st century Muslims, consider being ‘thankful’ to our parents, employers, subordinates, kids, neighbours and last but not the least, servants hurtful to our self esteem and dignity. We are prone to take it as our right that they serve. Parents care for our upbringing, so what, it is their duty. Employers pay us, because we work for them. Employees do their best for the company, do they do it free of cost? It is kids’ duty to obey their elders so is the duty of the neighbours to look after our assets in our absence and call for a doctor if we fall ill. And servants, what the hell are you talking, ‘thanks’ to servants? You must be kidding. What the society will say, if it came to know of it. This is how some of us think. 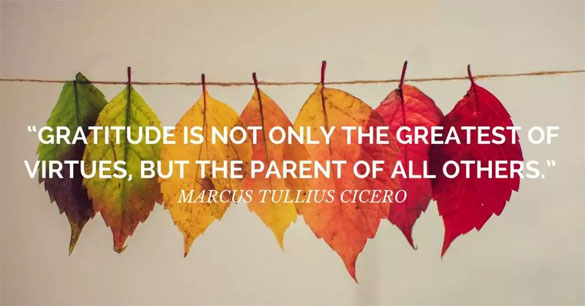 Prophet Muhammad (pbuh)’ Hadees, “Whoever does not thank people (for their favour) has not thanked Allah (properly)” is self explanatory. It is the greatest lesson to learn and follow. This being a Hadees has its own reward of following it and is a source of getting God’s forgiveness of all evil deeds as Allah Kareem says,

In the above mentioned Ayah, Allah Kareem addresses Hazrat Musa (as) "O Musa (Moses) I have chosen you above men by My Messages, and by My speaking (to you). So hold that which I have given you and be of the grateful."

God has created this universe tied in one thread. We the people come in each other’s contact and assist as per His wishes. God the Almighty could have taken this job from anyone He would have wished. We should be thankful to Him that He selected us for a particular job to assist His people. Imagine. It is unbelievable. How beautiful a world it would be! Everybody thankful to everybody! Although we are divided into nations and tribes, our way of living is not different. The rules of life are the same. The way to heaven shown by Allah Kareem and Prophet Muhammad (pbuh) is the same for all the people irrespective of caste or creed.

To make us one among those who thank, God warns us in the Holy Quran that,

His punishment is severe. This warning is to take us to the straight path shown by Him and His Prophet (pbuh otherwise He is “The Most Beneficent, the Most Merciful” as He has opened numerous doors of ‘forgiveness’ and ‘being thankful to God, the creator and His people is one of them, the simplest.

Why is it then that we have not been able to make it our habit to ‘thank’ on every given opportunity? It is because the Satan is there to misguide us. Allah Kareem has revealed this fact to the Holy Prophet Muhammad (pbuh) in Surah Al-A’raf 7:16-7:

Most of us have fallen prey to the misdeeds of Satan. We have to be conscious of the tricks Satan has up its sleeves to misguide us. We do not have to fall prey to it and keep ‘thanking’ God for everything we have been bestowed upon and the people for everything good they do for us. 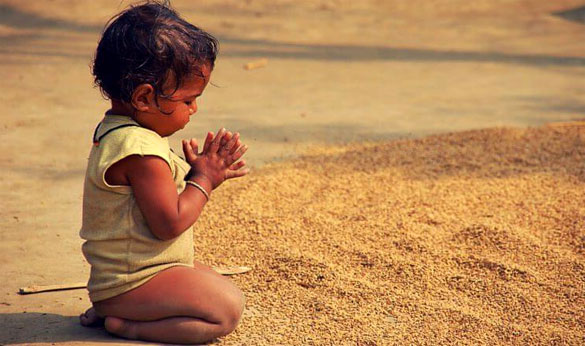 We are obsessed with what the society will say even though the society may just like the idea of you being grateful to others. We care for our self esteem and self respect notwithstanding what our Creator, the creator of the universe and seven skies has ordered us to do. We have been asked to be polite, respectful and thankful to the whole world and all God’s creations therein. Being what we have to be brings lots of respect and self satisfaction, in return. Thanking the employees, sub ordinates and servants brings out the best in them.

They perform even the duties they are not supposed to, in obligation to your thanks. ‘Thanks’ brings the best of abilities within us to the fore. The person ‘thanked’ feels obliged and wishes to have more of it. On the other hand being ungrateful makes them ungrateful too, unconcerned and lazy, all unconsciously. If I can narrate my personal experience with gratitude, my first employer, one of the largest commercial houses in India, in the very beginning of my career taught me to be thankful to all and I noticed the result. My boss always used to ‘thank’ even the drivers and the maids and servants, not to talk of the executives of the company. I remember them; pray for them and thank God that He provided me such an opportunity where I learnt the best of lessons. Having learnt the lesson, I used to ‘thank’ the shopkeepers, the newspaper hawker and all who came in my contact at Arrah in Bihar, a small district headquarters. First they did not notice, then they were amused and finally they were much grateful. Some of them wanted to know, why I thanked them. I told them, because they helped me. They said but you pay for it. I said, so what, you take pain to come to me notwithstanding the weather and the conditions. They understood. Now all my contacts there ‘thank’ each other and teach others to thank. May Allah Kareem bless us with this act of “Sawab e Jaariya” (everlasting reward).

والله أعلم بالصواب (And God knows the best what is right).