Allah, The Most Compassionate, Prophet Muhammad Pbuh Or Spiritual Ethics Of Islam Do Not Ask The Believer To Abandon The Luxuries Of Life But To Earn It In The Righteous And Lawful Manner

1.    Being a successful person is being a spiritual person.

2.    The success that we see from our open eyes is nothing but a momentary rejoicement of a temporary abode, called the world.

3.    The wrongs done by the people in quest of establishing supremacy is in abundance but the door to the path of forgiveness is never closed by the Most Gracious, Allah.

4.    The allurement of exhibiting success has snatched the joy of real success that fills the heart with happiness and satisfaction.

Being a successful person is being a spiritual person. The success that we see from our open eyes is nothing but a momentary celebration of a temporary abode, called the world. Achievements in life are a must but these achievements should come treading the path of spiritual essence towards the society. Most importantly one must remember, the fastest one goes up, the fastest he comes down as Isaac Newton’s theory of gravitation says:

"What goes up must come down": Every action has an equal, opposite reaction. - Isaac Newton

Real success is not something that needs to be exhibited to the world but it is that the world remembers much after one is gone. It is wrong to take success equivalent to having palatial buildings with servants standing in attention to attend to the orders of Sirs, Madams, Babas and Babies. It is a misnomer. Had the scientists invented ‘a heart-peeping machine’ the pain, sorrow and grief hidden in the background of success would have come out and the world would have accepted that real success is not that eyes could see. But success is what hearts can feel. The allurement of exhibiting success has snatched the joy of real success that fills the hearts with divine happiness and satisfaction.  Real success creates relationships of love and compassion in society, a relationship that is called humanity.

'The success that is achieved abusing the rights of fellow human beings is not a success’. It is a success where the heart is afraid of losing and the mind is waiting for some horrible news, all the time. It is a well-known fact that we all know and that, nothing comes without a cost. So, as big a success as big a cost is there to be paid. Study the stories of the people who are sharing spaces in the newspapers every day and you will know that there are a minimal number of them who have achieved real success in life. From politics to business to sports, everywhere most people have bought pain for themselves and their loved ones in the form of success. 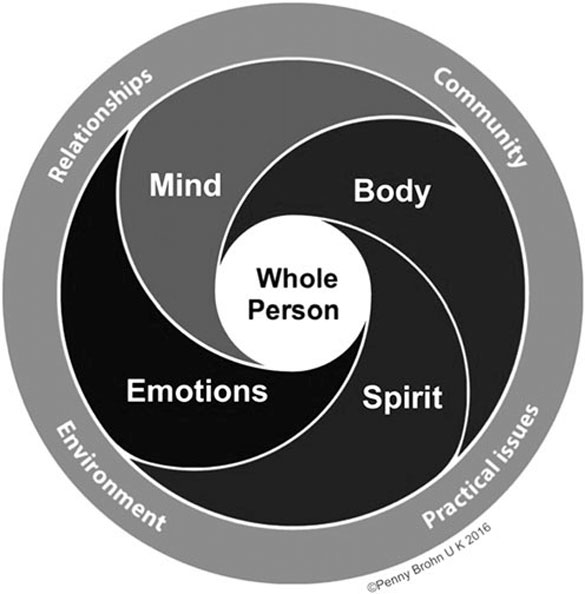 Success – A Holistic Approach to Life

In quest of success, many of us lose people who loved and cared for us. In the race of materialistic supremacy (success) we forget the meaning of success. We lose the inclusive and transitive aspect of humanitarian ethics that guide our lives to divine attributes of success. A holistic approach to life is a success that is achieved on the righteous path guided by Allah the Most Compassionate and Prophet Muhammad Pbuh. Allah the Creator of the universe is more concerned with our successful life than we are. The universe and the world have abundant articles and things that are created for the betterment of humanity. Allah the Most Compassionate says in the Holy Quran:

“It is He who created all that is on the earth for you…” (Al-Baqarah: 29) - Sahih International

The holistic success is achieved in abundance without paying any price for it. Success lies in everything we do if it is performed in a divine way that carries the virtues of a spiritual soul. Success is not what one has achieved. Success is the number of people being a part of it. Success is not self-happiness. Success is celebrated with the people not alone. When people take themselves as a part of your success, you are successful. Success is what benefits us and others here and hereafter. Allah, The All-Knowers says:

Seek through the wealth that Allah has given you to make your abode in the Hereafter, and also do not forget your share from this world, and do good to others as Allah has done good to you; (Al-Qasas: 77)

Bringing happiness on other’s faces is commanded by Allah, the Creator of the Universe because here lies people’s real happiness of achievement. Earning wealth is not against the ethics of Islam except that wealth should be earned lawfully. According to a tradition, Prophet Muhammad (SAW) once said about Abdur Rahman bin ‘Awf, “what a remarkable achievement: a righteous man blessed with lawful wealth.” Therefore, it is said that the accumulation of wealth in an unlawful manner is not a thing to rejoice as a success rather it is a failure in disguise. In another tradition, Prophet Muhammad Pbuh says, ‘I was shown the Paradise, behold, most of the people inside are the poor.’ According to this tradition, one may not be counted as a successful person here rather his real success lies in being bestowed a place in heaven that is a permanent abode.

The Quranic Verses on Secret of Success

...Indeed, Allah will not change the condition of a people until they change what is in themselves.... - (Ar-Rad: 11) Sahih International

Those are upon [right] guidance from their Lord, and it is those who are the successful.” (Al-Baqarah: 4-5)

“…Allah gives provision to whom He wills without account.” (Al-Baqarah: 212)

O children of Adam, take your adornment at every masjid, and eat and drink, but be not excessive. Indeed, He likes not those who commit excess. Say, "Who has forbidden the adornment of Allah which He has produced for His servants and the good [lawful] things of provision?" - (Al-A'raf: 31-32)

Allah, the Most Compassionate, Prophet Muhammad Pbuh or spiritual ethics of Islam do not ask the believer to abandon the luxuries of life. They just ask people to be righteous, benevolent and compassionate. Islamic ethics ask people to celebrate success with the society as one’s success is a success only if the society takes it as its success.

We have to understand that this is a temporary abode. We are a traveller in the world. We have to live like a stranger. We owe nothing in this world. We are here to face trials and tribulations of this temporary abode and come out with flying colours to be rewarded with success in our hereafter life.

The wrongs done by the people in quest of establishing supremacy is in abundance but the door to the path of forgiveness is never closed by the Most Gracious, Allah. People must not lose heart and hope as hopelessness is the devils most desirable weapon against the human being. Hopelessness deviates one from the path of righteous deeds.

The need of the hour is to introduce human beings to real success. Our success lies in fighting for the smiling faces of the innocent souls crying for justice for the injustices they have been subjected to. Following Quranic verses command people not to be despair and lose hope as Allah, the Most Compassionate is the greatest hope of the crying humanity.

Consider the following Ayat and decide your future course of action in making your life a success.

O MY servants who have transgressed against themselves (by sinning), do not despair of the mercy of Allah. Indeed, Allah forgives all sins. Indeed, it is He who is the Forgiving, the Merciful. (Al-Zumar: 53)

Wealth and children are [but] adornment of the worldly life. But the enduring good deeds are better to your Lord for reward and better for (one's) hope. (Al-Kahf - 46)

Can a person always have whatever he desires?  (An-Najm: 24)