Conversion to Buddhism Is Believed to Have Met With Ambedkar's Complex Requirements of Reason, Morality, And Justice

On October 14, 1956, B R Ambedkar along with 3,65,000 of his Dalit followers made history when they decided to leave the folds of Hinduism and embrace Buddhism. Ambedkar’s conversion to Buddhism gave new impetus to the Dalit movement in India, allowing the group to find a voice free from the shackles of the four-fold varna system in Hinduism. 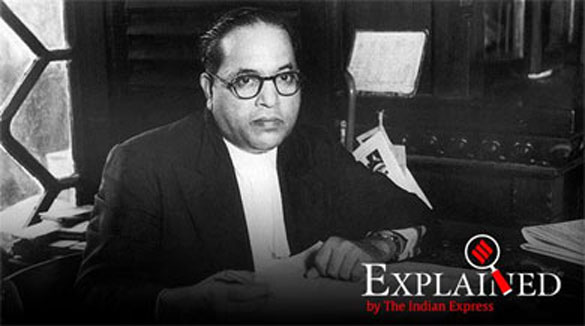 Ambedkar had forlong been a critic of Hinduism and believed it to be a bigger threat to Indian society than the British. (File photo)

Ambedkar had for long been a critic of Hinduism and believed it to be a bigger threat to Indian society than the British. In May 1936, he had stated: “I tell you all very specifically, religion is for man and not man for religion. To get human treatment, convert yourselves.”

For 20 years thereafter, he contemplated deeply upon which religion would suit best his requirements. He was sure of the fact that his religion of conversion need be from the Indian soil. Finally, he chose Buddhism and came out with his own version of the Buddhist Dhamma, altering segments of the religion that he believed did not go in tune with the overall spirit of Buddhism.

Scholars have ever since done a great deal of research to analyse Ambedkar’s conversion to Buddhism. Some believe that it was a political move. He had for years been demanding separate electorates for Dalits, and was unsuccessful in his efforts. Sociologists like Gail Omvedt believe he converted to Buddhism was more of a political protest in this regard.

Secondly, there is also the opinion that the conversion was a product of his lifelong personal experience of Hinduism. Further, cultural and historical figures are believed to have had important influence on Ambedkar, such as the Mauryan emperor Ashoka and the 12th century Dalit martyr of South India, Nandanar, who challenged the tenets of Hinduism.

Most importantly though, Ambedkar truly believed that Buddhism carried within it a rational and modern spirit. Conversion to Buddhism is believed to have met with Ambedkar’s complex requirements of reason, morality, and justice