No Religion, Whether Hindu Or Muslim, Christian Or Jewish, Buddhist Or Sikh, Teaches Us How To Destroy Human Beings

2.      The basic rights outlined in the Indian Constitution.

3.      The Indian Constitution also imposes on citizens a number of important responsibilities and duties. Following these guidelines and norms is a constitutional requirement for all citizens.

4.      It is therefore critically important to evaluate why, despite having a magnificent Indian Constitution, there are often instances in our country that violate it.

5.      It is not only the government's responsibility; each citizen must accept personal accountability. 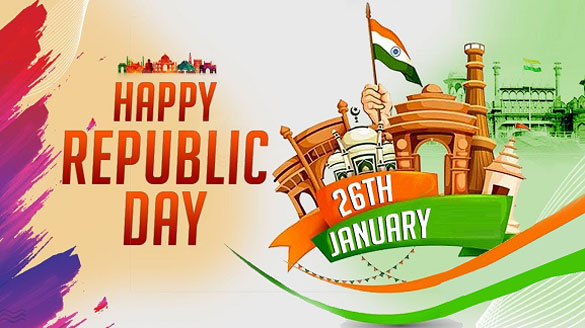 After a long struggle, our country, India, gained independence from British dominion in 1947. Since independence, our leaders' greatest challenge has been to design a comprehensive constitution that ensures the security and development of all citizens of our country. As a result, a comprehensive constitution was established, outlining the basic framework of democracy, government institution operations, as well as the scope, powers, and responsibilities, citizens' basic civil rights, and guiding principles and style.

On January 26, 1950, India became a democratic country, meaning that its Constitution was applied to its citizens in their own country. On August 29, 1947, a seven-member committee was created under the chairmanship of Dr Bhim Rao Ambedkar to formulate an independent Indian constitution. It took 2 years 11 months and 18 days to draft the Indian constitution. In various meetings of the Constituent Assembly, each clause of the constitution was freely debated. The Constituent Assembly of India ratified this constitution on November 26, 1949, and it went into effect on January 26, 1950. Since then, India has been celebrating "Constitution Day," also known as "National Law Day," on November 26th, and Republic Day on January 26th.

Since ancient times, our country had served as a crossroads for various cultures and beliefs. As a result, our country required a constitution that would not only define our country's governance style, but also the nature of the government-citizen relationship, as well as the citizens' rights and advantages, as well as their obligations.

All citizens have the following six basic rights, which are outlined in our constitution:

(1) Right to Equality: No citizen shall be discriminated against because of his or her religion or beliefs, caste, colour, race, or any other reason.

(2) Right to Freedom: This means that no citizen has the authority to put any restrictions or interfere with another citizen's gained freedom. This right also includes the right to live in dignity and in accordance with human ideals.

(3) Every citizen has the right to be free of exploitation in any manner.

(4) The constitution of our country guarantees religious liberty to all citizens. That is, any citizen can follow any religion if he or she so desires and understands it. Any citizen with religious freedom is free to practise any religious ceremony and to refuse religious education or practice.

(5) Since time immemorial, our country has been the cradle of various civilizations and cultures, all of which have left their imprint on our history through their own civilizations. As a result, our Indian Constitution has granted all of these residents the right to follow their educational and cultural institutions and customs in order to preserve their civilisation and culture.

The Indian Constitution also imposes on citizens a number of important responsibilities and duties. Following these guidelines and norms is a constitutional requirement for all citizens. Every citizen has a responsibility to respect and abide by the Constitution's regulations, institutions, national flag, and national anthem, as well as to defend Indian sovereignty, unity, and integrity under these provisions. They must respect and encourage a spirit of unity and fraternity among all people of the country without any discrimination, cherish and maintain mixed cultural heritage, defend national and government property, and prevent all forms of violence in the country and society.

As specified by our constitution, our country's governance is founded on a democratic system. Our democratic system recognises the importance of religion, and our country's administrations are prohibited from governing on religious grounds by the constitution. Because of the Constitution, which declares that the government has a fundamental responsibility to ensure the protection and respect of all religions and that no person shall be discriminated against in any way because of their faith, our country is recognised as a secular democratic state. No citizen's fundamental rights can be taken away because of their religion or caste. Every citizen is equal before the law, according to the Constitution. Religious and linguistic minorities are protected by the constitution, which grants them the right to form their own educational institutions, preserve their culture, religion, and language, and propagate their religious values freely.

Today, it is extremely crucial for all of us to consider what the reasons are for the fact that, despite more than seventy years of independence and the implementation of a free country's constitution, and despite having a detailed constitution, there are always incidents in our country that are against our constitution, against our democracy, against the democracy that we celebrate every year on January 26th.

Every citizen must consider his or her obligation as a constitutional and social responsibility to respect and safeguard citizens' rights and privileges, as well as to prevent violations of these rights.

Every year on January 26th, we raise the national flag of our beloved motherland, but we have yet to be able to stop the hatred that has spread across our society and country. We must think about everything. It is not simply the obligation of the government, but every citizen must recognise his or her own responsibility.

This was about the Constitution of India. At the same time, we must understand that no religion, whether Hindu or Muslim, Christian or Jewish, Buddhist or Sikh, teaches us how to destroy human beings. We simply need to modify our mindset; we do not need to misuse religion to justify human hatred. There is no such teaching in the Qur'an or the Vedas that breaches the Indian Constitution.