On June 19, 2020, a hand grenade was lobbed targeting a Pakistan Rangers (Sindh) vehicle in Liaquatabad area of Karachi (Karachi District), the provincial capital of Sindh, killing two Rangers personnel and injuring four others. 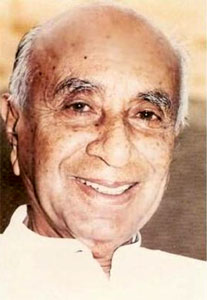 A leader and visionary of the modern Sindhi nation

On the same day, an attack took place in Ghotki City of Ghotki District, killing one Rangers Officer and four personnel. Two Rangers personnel were critically wounded in the attack. Elsewhere in the District, a Bomb disposal squad vehicle was targeted, killing one trooper and injuring another two.

Further, a Rangers check post located opposite Chandka Medical College in Larkana city (Larkana District) was attacked. One Ranger was killed and another four were injured.

Samiullah Kalhoro, vice-chairman of the Jeay Sindh Muttahida Mahaz (JSMM), along with another JSMM leader, Fayyaz Janwari, were picked up from Jamshoro (Jamshoro District) in November 2004. Kalhoro was admitted to the hospital following his escape from Police custody in Hala town of Matiari District in the second week of February 2005. After his escape, Kalhoro, at a press conference in Karachi, narrated details of how he was tortured by the Police. However, he succumbed to his injuries in a Karachi hospital on March 4, 2005.  Similarly, the bullet riddled and tortured body of Niaz Lashari was found dumped in front of Jinnah Hospital in Karachi on June 16, 2019. A member of the National Congress of Jeay Sindh QaumiMahaz – Arisar (JSQM-A), Lashari was first abducted by ‘state agencies’ in April 2018 from Karachi, where he was residing and was later freed in September 2018. He was again abducted by ‘state agencies’ in April 2019.

SRA had also claimed responsibility for twin attacks targeting Pakistan Rangers (Sindh) personnel at two different places in Karachi on June 11, 2020.  The first attack was carried out on a Rangers vehicle in Gulistan-e-Johar Town of Karachi, in which two Rangers personnel were killed and five were injured. In another attack, a Rangers check post was targeted in Malir Town. One Ranger was killed and two were injured in the attack.

Though the SRA was formed in 2010, it had largely remained peaceful. According to partial data compiled by the South Asia Terrorism Portal (SATP), since its formation, the outfit has been found involved in 13 violent incidents, including six in June 2020 alone, resulting in the death of 11 Rangers personnel (all in June 2020). The 13 violent incidents include two attacks on Chinese nationals and establishments in Sindh, as follows:

JSMM was a major Sindhi nationalist party formed by Shafi Muhammad Barfat on November 26, 2000. It also had a militant wing, called Sindhu Desh Liberation Army (SDLA). Differences emerged between two prominent leaders of JSMM – Asghar Shah and Shafi Muhammad Barfat – over the issue of funds and influence in the party. Asghar Shah formed the SRA in 2010. Shah is a resident of Jamshoro District and still remains within the country, but is currently underground these.

The Federal Ministry of Interior, however, banned the JSMM on March 15, 2013, and declared it a terrorist organisation allegedly for their involvement in province-wide violence. Shafi Muhammad Barfat reportedly left the country and went to Germany, where he lives in exile. He controls the activities of Sindhu Liberation Army (SLA), the new name given to the SDLA.

Another prominent Sindhi separatist political party is JSQM-A. The JSQM-A, founded in 2006 by Abdul Wahid Arisar, who died in May 2015, is currently headed by Aslam Khairpuri.

All these groups are influenced by the ideology of the late Ghulam Murtaza Syed, a prominent Sindhi nationalist leader and founder of Jeay Sindh Movement, a separatist political movement, who died in 1995. Ghulam Murtaza Syed was an ardent advocate of Sindhi Nationalism.

The Muttahida Qaumi Movement–London (MQM-L) headed by Altaf Hussain also supports the notion of separate Sindh Nation. The self-exiled Hussain, sitting in London, has for long demanded the “independence” of Sindh and Balochistan. Most recently, in a letter addressed to the United Nations (UN) on June 4, 2020, Altaf Hussain asked the UN Security Council to “use its power according to UN charter” to “end atrocities and illegal occupation of Pakistan in Sindh, Balochistan, Pashtunishtan, Gilgit-Baltistan, Chitral and PoK”.

In recent months, Altaf Hussain appears to have come closer to Sindhi nationalist groups. ShafiBarfat, the leader of the defunct JSMM, also in self-exile, in Germany, has reportedly asked Altaf Hussain to join what he described as their armed struggle against the state of Pakistan. Both groups view China as an “occupying force”.

Indeed, a day after the June 19 attacks on the Rangers, the Sindh Counter Terrorism Department (CTD) Chief Additional Inspector General (IG), Jamil Ahmed, asserted that a group in London and Baloch separatists were aiding Sindhi separatist groups. Further, an unnamed official in Karachi stated, “They are working together. Two men loyal to Altaf Hussain in South Africa are handling their cells in Sindh.”

Meanwhile, on May 7, 2020, the Federal Government banned SRA and SLA along with Sindhi the separatist political entity JSQM-A under the Anti-Terrorism Act, 1997. The Federal Interior Ministry notification read,

It is significant that the Voice for Missing Persons of Sindh (VMPS), on June 22 claimed that the Security Forces (SFs) had forcibly abducted 50 Sindhi nationalists during the preceding two days. It further said that Pakistani forces had been raiding the homes of political activists across Sindh, arresting them and making them disappear. According to Pakistan’s Commission of Enquiry on Enforced Disappearances website, Sindh accounted for a total of 1,586 cases of missing persons between March 1, 2011 (date of inception of the Commission) and December 31, 2019. According to the Commission. of these 1,586 persons, 948 were traced – 52 dead bodies, 234 in prisons, 32 in internment centre and 630 returned home. The Commission ‘deleted’ cases of another 371 missing persons, claiming that these were “closed due to not being cases of enforced disappearances, incomplete address, withdrawal by complainants, non-prosecution. etc.” Thus, as per the commission, a total of 1,319 cases were disposed of, leaving another 267 cases under investigation.

Instead of taking appropriate measures to address the growing dissatisfaction of ethnic Sindhis, the administration had been using excessive force against those protesting the enforced disappearances in Sindh, including students. In a recent incident, on June 27, 2020, at the Karachi Press Club a protesting crowd, including family members of the victims, had gathered to hold a peaceful protest against illegal arrests and enforced disappearances of their loved ones. The protesters asserted that, over the preceding two weeks, more than 200 Sindhis and Muhajirs belonging to MQM and different groups of Jiye Sindh had been arrested by Pakistan Rangers (Sindh) and other law enforcement agencies in Karachi, Hyderabad and other cities of the Province. No arrested person had been presented before any court of law. When protesters started chanting slogans against enforced disappearances, a large number of Police, Paramilitary Rangers, and plainclothes personnel of intelligence agencies attacked the peaceful protesters. Elderly men, women, young girls and students were among those who were beaten, and a large number of protestors were reportedly injured.

The sudden spike in violence in an otherwise peaceful Sindhi separatist movement is an alarming development. In all likelihood, the movement will become more violent in Sindh given the track record of abuse of force by the Pakistani establishment against genuine demands of the people of Sindh.