True Taqiyya: Practice Of Muslims Concealing Their Religion In Order To Protect Themselves From Harm

The Word Taqiyya Is Derived From The Word ‘Wiqaya,’ Meaning Protection

1.    Shia Muslims see Taqiyya as a form of protection, not a nefarious strategy of deception

2.    Too many Western commentators misrepresent Taqiyya and seem unaware of the Shia understanding of Taqiyya 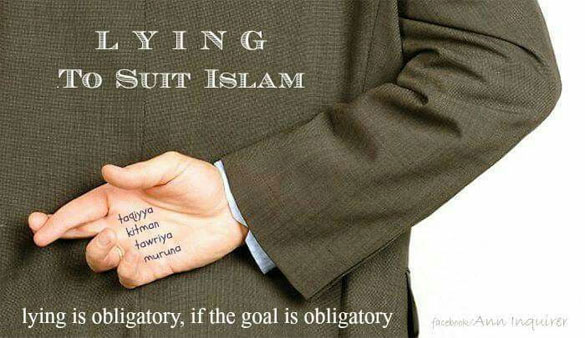 Not long before prominent, hardline Sunni Islamist commentator Daniel Haqiqatjou’s Twitter account was suspended, he accused Khalil Andani - an Islamic studies professor who belongs to the Ismaili sect of Islam - of committing Taqiyya, after Andani admitted to hiding from Sunni Muslim colleagues the fact he does not fast during Ramadan (just as many Ismailis do not).

Although at first glance a rather underwhelming dispute, this is in fact a rare example of the term Taqiyya being employed in a historically recognizable way, after many decades of misuse by non-Muslim commentators.

The word Taqiyya is derived from the word ‘Wiqaya,’ meaning protection. Historically, it referred to the practice of Muslims concealing their religion in order to protect themselves from harm. While Sunnis do acknowledge the principle of Taqiyya, the Encyclopaedia Iranica notes that they “tend to restrict its use in dealings with non-Muslims and when under compulsion,” and so the term is more associated with Shiites, who historically were more vulnerable than Sunnis.

Indeed, Andani – a prominent moderate – answered Haqiqatjou with the comment: ”Ismaili Muslims often practice Taqiyya - to conceal our religious beliefs & practice to avoid being persecuted by the Sunni majority. Taqiyya is part of our religion according to Shia Imams. Historically we have been slaughtered & executed by intolerant sectarians like you!”

In recent decades, the concept of Taqiyya as a ubiquitous, nefarious deception appears to have become particularly common within Western discussions of Islamist terrorism – even in mainstream European media. Given the history of Taqiyya and the fact it was mostly used by Shiites in situations where they had legitimate reasons to fear for their lives, there is something strange about non-Muslims using the term to describe the behaviour of Sunni Islamist terrorists.

Accusations of Taqiyya have also often been employed by those who believe that Islam is inherently extremist and violent, and that deception is an essential part of the religion.

The Sunni ire directed at Shias and their ostensible incessant use of Taqiyya has not prevented such Western writers as Raymond Ibrahim from defining Taqiyya as “permit[ting] Muslims to lie and `dissemble whenever they are under the authority of the infidel.”

But if in fact all Muslims - from reformists to Jihadis - are supposedly practicing Taqiyya, the term loses any real meaning. Even overt Islamist expressions of extremism could not be trusted. And it certainly seems unlikely that unabashed extremists are in fact secret moderates.

As for unlawful Islamist activity, it is unclear as to why a religious explanation for any apparent deception is necessary at all. Criminality depends on deceit. Surely all terrorists, irrespective of ideology, would have to dissimulate their real intentions to carry out attacks without being caught?

Too many Western commentators seem unaware or uninterested in the Shia understanding of Taqiyya. And yet they rely on the term to explain the phenomenon of Islamism. For the French Professor Marie-Thérèse Urvoy, Taqiyya is recommended by the Sharia, and so Islamism must be the only authentic form of Islam because to claim otherwise would be a “pure denial of the Quranic text.” According to “strategic policy and intelligence expert” Clare M. Lopez, the Muslim Brotherhood in the West used Taqiyya to make “itself the ‘go-to’ authority on all things related to Islam.”

In fact, it seems no Muslim is above suspicion. Pundits such as Pamela Geller even accuse prominent anti-Islamist Muslim activists such as Zuhdi Jasser of practicing “Taqiyya” as a form of “stealth jihad.”

But as Haqiqatjou’s behaviour illustrates, Salafis are more likely to denounce Taqiyya as a practice associated with the Shiites whom they loathe, rather than to employ it as an act of supposed religious fervency. Some Sunni scholars have condemned Taqiyya as a “basic principle” of Shiism and a “corrupt belief” that “has nothing to do with” the Sunni creed.

It is particularly interesting to see someone as hardline as Haqiqatjou employ the term. Indeed, he has accused Shiites of Taqiyya in other contexts. He has criticized a Shiite media outlet for its “hidden pro-Iranian agenda,” and said that “one element of the Khomeinist agenda is promoting Shiism under the guise of Taqiyya by calling for Sunni-Shia unity.”

Noticeably, Haqiqatjou only uses the term ‘Taqiyya’ to describe Shiite deception. He has become notorious for his denunciations and attacks on other Sunni scholars in the West – whom he accuses of diluting Islam and deceiving Muslim youth - but he has never described their behaviour as Taqiyya.

There is something almost refreshing about seeing the Taqiyya used in a more classical sense by an “intolerant sectarian,” as Andani describes him. As for all the non-Muslim observers of Islam and Islamism in the West, it really shouldn’t be so difficult for them to distinguish between Sunni or Shiite Islamists who use deceit to advance their theocratic agenda, and Muslims who are obliged to hide their religious beliefs or risk being killed. Conflating the two does little to benefit anyone, except perhaps the Islamists themselves, who have long thrived on Western misapprehension.

Martha Lee is a research fellow of Islamist Watch, a project of the Middle East Forum.