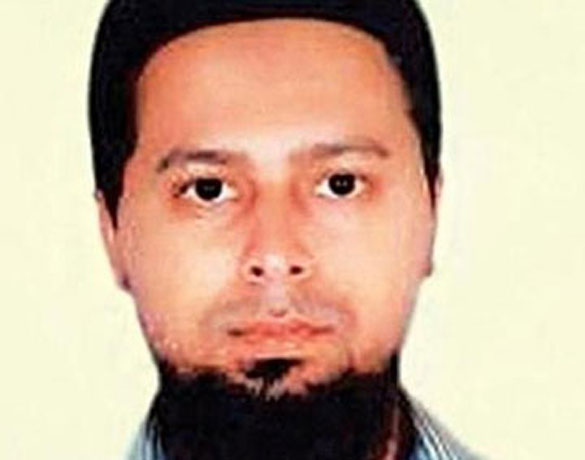 'Musab' in Arabic means 'bull'. This was the nom-deguerre for Islamic State (IS) chief in India, 33-year-old Mudabbir Mushtaq Shaikh who was better known as 'Abu Musab'. He was given this name by his Syria-based handler Shafi Armar alias 'Yousuf' who is four-year younger to him and is described as an ally of Abu-Bakr-al-Baghdadi, the dreaded IS chief.

Mudabbir was arrested along with 13 others by the National Investigation Agency (NIA) last month that also marked the arrival of IS in India. The Economic Times accesses interrogation details of Mudabbir and those he recruited to piece together the spread of IS in India. The first part traces the journey of Mudabbir, India's IS chief, from a student in early 2000 at Nalasopara to being the emir of Janood-ul-Khalid-al-Hind, the IS inspired radical outfit.

Born on October 13, 1982 at communally sensitive Bheendi Bazar, Mudabbir graduated from Akbar Peerbhoy College in Nagpada in Mumbai in 2003. He also did a course in web programming from St. Angelo institute in Nalasopara. Mudabbir got married in 2010-11 and has two daughters aged 5 years and 5 months respectively. He was staying with his wife Uzma and two daughters at a rented flat in Mumbra from where the NIA arrested him.

Mudabbir's parents stay at Nalasopara with his younger sister. Before his marriage, Mudabbir did his class X from Z B Zakariya English high school at Nalasopra. He then did his XII from M H Saboo Siddiq College at Nagpada where his vocational subject was electrical. It was around this time that Osama Bin Laden led al-Qaeda carried out the attacks on US soon after which US invaded Afghanistan.

"I was disturbed after the 2001 attack as everyone labelled Muslims as terrorists. I went under depression," Mudabbir is believed to have told his interrogators. The development seems to have left a deep scar on his mind as Mudabbir started reading about the "atrocities being committed with Muslims all over the world." By 2003, Mudabbir did his graduation as well as web designing course and started teaching computer at a private institute to support the family. Till 2005, he worked as computer teacher but left the job after he got a job as web designer with Computree Infotech Limited at Goregaon. The job, however, didn't last for more than six months. "Thereafter, I worked as flash developer in Image online company at Vikroli at Mumbai till 2007," says his interrogation details. Then 25, Mudabbir got a decent break when he got a job as new product development manager in Sportz Interactive, Goregaon where he worked for nearly 5 years before being shunted due to his poor performance in December 2012.

Mudabbir also dabbled into properties and construction business but the venture could not take off.

After losing his job, Mudabbir started working from home and used to freelance for different companies. Around this time, he started reading about Islamic State of Syria and Levant (ISIL), floated by Baghdadi. "While searching on the internet regarding Caliphate, I came across the profile of Yousuf and we became friends on Facebook," says Mudabbir. Yousuf-al-Hindi, according to intelligence agencies is none other than Shafi Armar, who hails from Bhatkal and was part of the Indian Mujahideen (IM) under Riyaz Bhatkal.

Shafi along with his elder brother Sultan fled to Pakistan in 2008 after a crackdown on IM. They later migrated to Afghanistan to fight NATO forces and floated Ansar-ul-Tawhid (AuT) that pledged its allegiance to Islamic State. While Sultan was killed during the fight with security forces last year, Shafi is believed to have shifted to Syria and taken over the role of talent hunter for IS in India. Indian agencies, however, also suspect that Shafi is being used by Pakistan's ISI to recruit in the name of Islamic State and then carry out terror attacks in India, a charge that is yet to be established.

Mudabbir, according to sleuths knows Hindi, Urdu, English and Marathi and has so far motivated close to two dozen young men to join the IS inspired pan India outfit, Janood-e-Khalifa-al-Hind. Described of "sound" economic background, the agency found nearly Rs 10 Lakhs deposited in his various bank accounts. He had bank accounts in his name at SBI, The South Indian Bank, Canara bank and Vasai Janata Sahakari bank. At the time of his arrests, NIA seized Rs 1.95 Lakh that was part of the Rs 6.50 Lakh given to him through Hawala by his Syria-based handler, Armar.

Mudabbir, according to his interrogation details received the first consignment of Rs 4.80 Lakhs at Zaveri Bazar and second consignment of Rs 1 Lakh at JJ Marg through a Hawala operator. He also told his interrogators that he had distributed the money among his associates at Mumbai, Lucknow and Aurangabad on the instructions of Yousuf.

The self-styled chief of IS in India, Mudabbir met one Rizwan alias Khalid, a juvenile, who hails from Kushinagar in UP in January 2015. The two were brought together by Yousuf and the meeting took place at Panvel in Mumbai. The duo then left for Saharanpur in Uttar Pradesh and stayed at Deoband Masjid. The first meeting of the newly formed outfit is said to have taken place at Saharanpur with an aim to exploit the atmosphere created soon after the communal riots in the town. Five others who were identified by Mudabbir attended the meeting. While two have come from Lucknow, one person identified as Zarar (22) came from Hyderabad and two others from Mumbai. All of them were radicalized by Yousuf after online scouting. According to Mudabbir, "the meeting was held to delegate the responsibilities of each person of the group but nothing could materialise as Yousuf told them that they will decide about it later." "The ideology of the group seems to be fighting against the atrocities committed by US, Britain and France. For them, Indian government was target because it is an ally of west. The group wanted to establish the rule of Shariah in India," an official explained.

The first assignment of Janood-e-Khalifa-al-Hind was to cause bomb blasts at important places, reveals the questioning of Mudabbir. "As per the plan, I purchased match boxes, a soldering machine and mobile with intention to carry bombs blasts," Mudabbir said during his interrogation.

Investigators also found that Mudabbir used to communicate with other members of the group using 'Trillian' and 'Surespot' messenger applications which according to him had an additional layer of encryption thus making it difficult for security agencies to track. After his arrest, NIA seized 7 mobile phones, 3 pamphlets related to Jamiat-Ulema-e-Maharashtra, 4 DVDs, 1 wire cutter, 19 Match box and soldering machine.

The aim, according to Mudabbir for establishing IS in India was to fight in India like IS is fighting in Syria and Iraq. While describing the structure of Janood-ul-Khalifa- al-Hind, Mudabbir said that there were three senior positions where he was the 'emir', Rizwan alias Khalid as 'Naib Emir' and Najmal Huda from Bengaluru as 'Emir Askary' (battalion commander). The group also had plans to set up a media wing with units in Delhi, Mumbai, Gujarat, Bihar, West Bengal, Allahabad, Uttarakhand and Azamgarh.