Singers of the Baul folk tradition in Bangladesh are struggling to survive after more than a decade of physical and legal attacks by Islamic hardliners who consider these artists apostates and heretics. 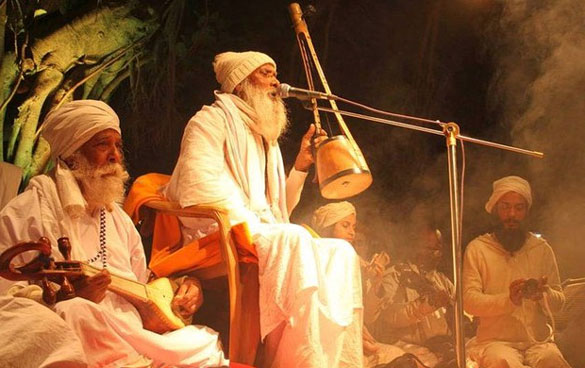 A Baul sings as he plays a traditional single-string musical instrument called ‘Ektara,’ at a rural concert in Munshiganj district, Bangladesh. Dec. 26, 2019.

Bauls – as these wandering minstrels are called in Bangladesh and West Bengal in India – are neither of those things, but they are nonconformists whose songs boldly showcase their syncretic mystical roots.

Rita Dewan, an acclaimed Bangladeshi Baul singer, says she was forced into hiding for most of last year after religious zealots in the Muslim-majority nation threatened to kill her. They accused her of defaming Islam “by making vulgar remarks about god” in a performance uploaded online last January.

“I am in trouble and facing death threats by Mullahs,” the singer told BenarNews. “But I will continue to sing because this is not only the source of my income, but also a part of my prayers. I feel the blessings and touch of Allah through my songs, which also teach me to hate no one.” 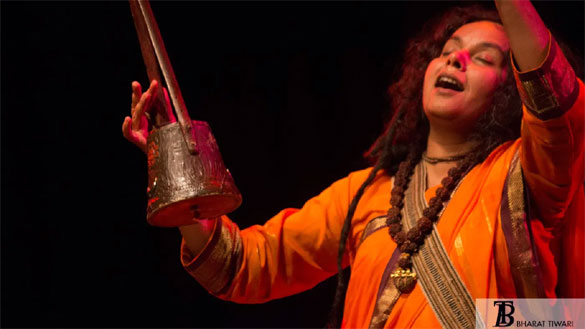 While the community is not entirely ascetic, most Bauls live frugally, surviving on what they earn from their itinerant performances. That means, when members of the community are killed or tied up in legal challenges for their allegedly anti-Islam performances, their already meagre earnings take a huge hit.

That is what has been happening since 2011, when a surge in Islamic extremism targeted Bauls as well as writers, bloggers, publishers, activists and intellectuals, said Baki Billah, a human rights activist in Dhaka.

“The Baul performers have been increasingly facing death threats and attacks due to the rise of hardline Islamists since then,” Billah told BenarNews.

These attacks on Bauls are also a threat to the survival in Bangladesh of the folk form, which has influenced the likes of Nobel Laureate Rabindranath Tagore, American folk icon Bob Dylan, acclaimed beat poet Alan Ginsberg, and others.

In 2005, UNESCO, the cultural arm of the United Nations, proclaimed the Baul artistic genre a “Masterpiece of the Oral and Intangible Heritage of Humanity.”

“The preservation of the Baul songs and the general context in which they are performed depend mainly on the social and economic situation of their practitioners, the Bauls, who have always been a relatively marginalized group,” UNESCO said in its 2008 inscription on the Representative List of the Intangible Cultural Heritage of Humanity.

According to Billah, Baul artists in recent years have been tied up in cases lodged against them by religious fundamentalists under Bangladesh’s draconian Digital Security Act.

This law punishes those who produce or distribute content that “hurts religious sentiments or religious values” or “destroys communal harmony, or creates unrest or disorder” with 10 years in prison.

“Physical attacks and killings of Bauls and Sufi researchers have decreased since the government’s crackdown against militants following the Holey Artisan terror attack of July 1, 2016,” Billah said, referring to a massacre of hostages by machete-wielding militants who attacked a Dhaka cafe.

“But now the people belonging to the same ideology are filing cases against Bauls and the people of other faiths. The Digital Security Act has emerged as a new weapon to harass them.”

Dewan, the Baul singer, has four cases against her under the DSA for allegedly hurting religious sentiments.

Shariat Sarker, another Baul singer, languished in prison for seven months after he was arrested under the act in January last year.

“How can I stop singing? I have been practicing the Baul path since my childhood,” Sarker told BenarNews.

His wife, Mosammat Shirin Akhter, said the family of five was in financial straits.

“We are in hardship along with our three children. Baul performances have almost stopped, as people now are afraid to organize such events,” Akhter told BenarNews, adding that this had begun before the outbreak of coronavirus.

Dewan’s husband said law enforcement had been ordered not to allow Baul performances.

“The government has given no instructions to restrict Baul events. Police might have imposed restrictions due to the pandemic,” Ilias told BenarNews.

In fact, government officials have been promoting various folk heritages, he said.

“We know that folk performers are in trouble as functions are restricted due to COVID 19. Personally, I feel their pain in my heart. We discussed how to promote them in a meeting even today while discussing the budget of 2021-2022 financial year,” Ilias said.

‘Such practices need to be stopped’

The Bauls are an unorthodox devotional art form, influenced by Hinduism, Buddhism and Sufi Islam, yet distinctly different from them, UNESCO says.

“Bauls neither identify with any organized religion nor with the caste system, special deities, temples or sacred places. Their emphasis lies on the importance of a person’s physical body as the place where God resides,” according to the U.N. agency.

This explanation cuts no ice with those who believe the Bauls are insulting the religion of Islam through their songs.

Muhammad Imrul Hasan, who filed one of the cases against Dewan, said he planned to continue his legal barrage.

“The Bauls make audacious remarks about Allah. Such practices need to be stopped once and for all. I will file more cases to stop this,” Hassan said.

Dewan said she was not insulting any god or religion.

“The aim is to clarify issues and ultimately submit to God. This practice has continued for centuries.”

Another case was filed against Dewan by Rasel Mia, who said he was just doing his religious duty.

“I filed the case, because I thought it my duty as a Muslim to protest the objectionable remarks about Allah,” Mia told BenarNews.

When asked whether it was alright for an actor to play the role of a villain or Satan, he declined to comment.

When playing a role – whether in a film, play or any other performance – artists often have to say unpleasant things, but that is simply a role, said Tapan Bagchi, deputy director of the Bangla Academy, a cultural institute under the Ministry of Cultural Affairs.

“When someone acts as a traitor, he might have to make derogatory comments against Bangladesh and its founding father, Sheikh Mujibur Rahman. It’s not treason,” Bagchi said.

“An artist has the right.”