Terrorists Are Promoting Attacks during Ramadan on Completely False Premises 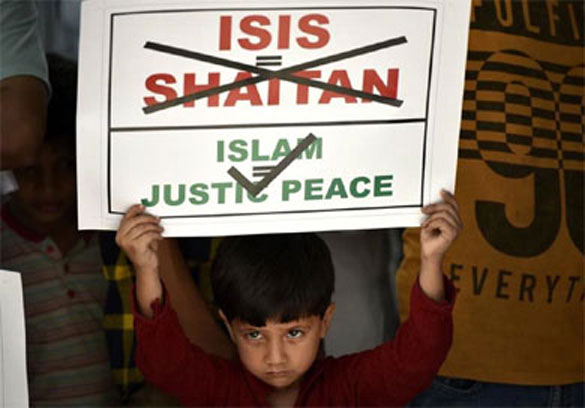 While doing research to “construct” the mind of the jihadist, I was flummoxed by the upsurge in “Jihadi” activities during the holy month of Ramadan. The past few days alone witnessed a slew of attacks in Egypt, Afghanistan, Iraq and the UK.

Muslims worldwide fast during the daylight hours (no eating, drinking, smoking or sex), offer charity, abstain from solecism, observe tolerance and peace during Ramadan. This was the month when the Holy Quran was revealed to Prophet Mohammed (PBUH). It is astounding that the Jihadis have twisted the true meaning of this month and misquoted the Quran out of context to suit their needs of recruiting new activists and to breed hatred in order to carry out more attacks on innocents. This year, just before the beginning of Ramadan, ISIS beseeched its followers to cause collateral damage and “maximise the benefits” they can get in the hereafter. The results? On the eve of Ramadan, the massacre of innocents in Egypt, followed by the London attack last week.

Jihadis are driven by the honour and solidarity, and they consider jihad to be noble. They cite the Battle of Badr, which was the turning point for Islam, to drive their mission. In that battle on the 17th day of Ramadan ( March 13, 624?AD), Muslims, in spite of being outnumbered many times by their oppressors, registered a historic victory with divine intervention. Jihadists attribute this victory to Ramadan, and propagate ferocity and fanaticism by falsely evoking God’s name for better rewards in the hereafter.

The lure of “rewards-on-judgement-day” apart, they have other reasons for increasing their fervour during this month. According to analysts, Bush bombed Iraq one Ramadan when innocent Muslims least expected it. The jihadists have taken a leaf out of his book to carry out attacks in this month. They derive a sense of power that comes from the sense of control; that they can break all rules and set new ones. The recruits think that martyrdom during the fasting month is the easiest entry ticket to Jannah (Paradise). Little do they know that they are misguided.

The Battle of Badr was an exceptional event in the history of Islam. Driven to exile from their homes in Mecca by the powerful Khuraish tribe for following the Prophet, the early believers were under perpetual threat of attack. After many small assaults, the Khuraishis decided on a major invasion of Medina (to where the Prophet and followers migrated), which resulted in the Battle of Badr. According to the Quran, this battle was purely ideological. It took place because the Meccans wanted to obliterate Islam and exterminate Muslims once and for all; while God wanted to install the supremacy of the truth. The day of this battle was also called the day of “Al-Furqaan” – the criterion that determines what the truth is. The Quran cites this as an example of when and how to stand up against injustice, and clearly, what jihadists do today has no citation there.

The belief that spiritual rewards await good deeds is being twisted by the jihadis to brainwash borderline believers to their ways. That the attacks are happening in Ramadan only proves that they respect neither life nor faith. Devout Muslims know that there is no justification for killing per se, holy month or not. The Quran warns of this in 5-32: “If anyone slays a person – unless it be for murder or for spreading mischief in the land – it is as though he has slain all of humankind; and if anyone saves a life it is as though he has saved the life of all humankind.” Clearly this explains the ostracism of jihadis by Islamic scholars. Henceforth, the media should comprehend that the real meaning of “jihad” isn’t holy war as commonly understood, but spiritual struggle against sin; and should discard Islam from “Islamic terrorism”.

The predicament is that the Quran gets misquoted and misinterpreted by miscreants. The language of scripture is poetic and allegorical, leading to “lost-in-translation” issues. It requires considerable education for a Muslim to internalise its verses. When the vast majority has not read – even less understood - it fully, the jihadists have a field day manipulating the innocent.

M Muneer is the co-founder of Medici Institute, a non-profit organisation and is a commentator on religious issues