Time to Tame the Taliban Is Now 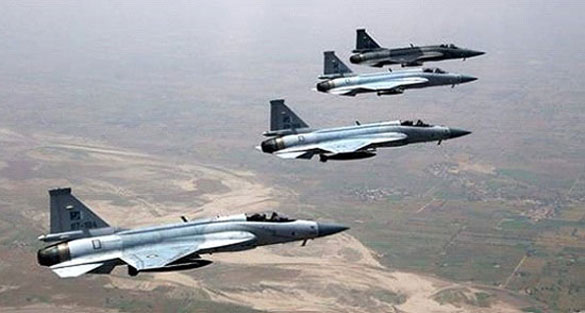 Nawaz Sharif would be deluding himself—and, in the process, taxing the nation’s patience beyond reasonable limits—if he thinks he can still afford to go on playing this charade of a peace-seeker or peace-maker

How much delusion should be enough for a clueless bunch of cronies around Nawaz Sharif?

Or, to be closer to point, how much patience this befuddled nation of Pakistan has left in itself with a government of nincompoops unable to understand that every bloody episode authored by the blood-thirsty Taliban of Pakistan (TTP) takes a hefty chunk of life out of it?

The deadly assault at Karachi’s Jinnah International on Sunday, June 8, should in all fairness be the last straw to break the back of even as insensitive a government as Nawaz Sharif’s. The barbaric crime had carried the unmistakable cachet of the heinous Taliban from the word go, and they lost no time in brazenly touting their savage credentials behind it.

The Karachi carnage wasn’t anything new for a city that has long been dulled into near-insensitivity by the alarming frequency of deadly crimes perpetrated within its confines with an eerie regularity.

By the same token, it was no surprise either that the attackers managed to infiltrate a supposedly-secure Karachi airport with such ease that they were able to sneak even rocket launchers in their loads of weaponry. Those who know would vouch to it that with a-dead-man-walking-like Chief Minister, Qaim Ali Shah at its head, the province of Sindh, in general, and the metropolis of Karachi, in particular, are a picnic place for terrorists and criminals of all stripes and persuasions.

Just look at the moral depravity of this ghastly man and moan how he brazenly excused himself from any responsibility by telling the media with a straight face that Karachi airport’s security was the federal government’s call and not his. You may move a mountain but can’t dent the inanity of this ghost of a man.

We haven’t heard even so much as a squeak from Mian Nawaz Sharif. Sunday is the day of the week when his meals weigh even heavier on him than other week days. So, for one, this scribe wasn’t surprised by the deadly silence serenading our gourmet PM.

Nawaz’ alter-ego, Chaudhry Nisar, is supposed to be his czar for internal and national security. But this Chaudhry from Pindi wouldn’t be himself if he didn’t spout total rubbish with utter sincerity, and he didn’t disappoint on this occasion, too. All that the Interior Minister had to say about this tragedy was typically shooting-from-the-hip; he concluded that it was a work of home terrorists and their foreign pay-masters.

See, how clue-full he is; see how full of novel ideas he is; he didn’t fail at all in taking the line of least resistance, one more annoying time, and put all the blame at the door of the ‘enemies of Pakistan.’ Bravo, Chaudhry Nisar; you never disappoint the nation with your morbid intelligence and purblind ‘vision.’

But give the devil its due; the devil, in this case, could be none other than the deadly Taliban of Pakistan. Admire their inexhaustible resourcefulness in picking and choosing their targets. The latest is Karachi’s international airport, which we don’t tire of flaunting as the country’s international gateway.

The Taliban haven’t had any problem in zeroing in on high-value targets of deadly assault. The list of their bloody raids against high-value, high-visibility targets is long. The Kamra airbase, not too far from Islamabad; the naval base in Karachi; GHQ, in the heart of Rawalpindi, Holiday Inn hotel, within hailing distance of Islamabad’s citadels of power; the Bannu jail et al. It’s not a list of targets, alone. More than that, it’s a chronicle of the Pakistani establishment’s utter helplessness in stemming the tide of whopping terrorism in the country.

It’s just amazing that TTP can hit wherever it wants to in Pakistan with such obvious ease, facility and, above all, impunity. It doesn’t matter how much blood they were successful in draining out of the veins of an already emotionally-drained nation. The blood-count is immaterial: what matters more is the scars engraved after every deadly assault against a national target on the collective conscience of a people long hankering for a bold and decisive leadership capable of dragging them out of this deadly morass.

That this attack against a target of key importance to Pakistan has come as the first big salvo of the Taliban since the dead-end talks with GOP ran out of steam is of focal interest to pundits of the Pakistani scene.

TTP spokesman, Shahidullah Shahid, has justified the gory incursion into Karachi’s international airport as come-uppance for the death of Hakimullah Mehsud, TTP’s erstwhile supremo. But what, one may ask, is the GOP’s alibi for not paying the Taliban back in their own coins? What justifies Nawaz Sharif’s incapacitation to take the war against the Taliban into their stronghold? Why is he holding a befuddled nation to ransom just because he is too indecisive or cowardly to swing into action against an enemy whose intentions are as clear as daylight? How far is he prepared to go before this nation’s patience with his lazy government snaps for good?

Nawaz would be deluding himself—and , in the process, taxing the nation’s patience beyond reasonable limits—if he thinks he can still afford to go on playing this charade of a peace-seeker or peace-maker. No, sir, you’d simply be making a fool of yourself if you still tried o sleep-walk through a crisis that’s now threatening to engulf the country from all sides of the terrain.

While Karachi’s Jinnah International was the scene of a battle-ground between the TTP death merchants and security forces, 30 innocent Shiite pilgrims to Iran were slaughtered in a deadly attack close to the border at Taftan. Again, the casualty toll was immaterial. What mattered more was yet annoying evidence—if any more were still needed—of the terrorists’ frightening ability to hit wherever they wished to in any city or remote corner of Pakistan. This outreach of the enemies within Pakistan’s body-politic is what should have goaded Pakistan’s mesmerised government into action, long time ago.

What are the options for Nawaz in the wake of this latest carnage?

The only option beckoning him should be a full-scale military operation against the bestial terrorists who deserve no mercy because they have shown none against this country’s innocent citizenry—men, women and children. These Taliban are a bunch of predators the likes of which this nation hasn’t seen before.

Yes, it will be ugly. Yes, it will be costly in terms of collateral damage—of the people in the areas where the terrorists will have to be hunted down and liquidated. Yes, it will bring suffering—hopefully for a short period of time—and toil for the people dislocated or uprooted from their homes in the targeted areas.

However, all this cost is worth the end expected to come out of the undertaking. Postponing it will only add to the cost and add to the suffering of the people around the vast expanse of Pakistan. The cost could’ve been more affordable had this government of diffident half-performers acted some time ago and had it not allowed the terrorists to regroup and re-energise themselves in the interregnum given to them by the sham peace parleys.

It’s beyond dispute that the Taliban have used to their maximum advantage the breather allowed them by the Nawaz government’s pussy-footing on its primary obligation to safe-guard the lives of its citizens against the Taliban-led terrorism. But failure to act would be compounded, exponentially, if bold and decisive action was still delayed.

The Taliban have served fresh warning of their lust for blood being ready to write still more gory episodes of mayhem and murder against targets of their choosing. It would be a lunatic leadership if it still tried to repeat the folly of a dialogue with murderers. It’s frightening that the murderers have all the motivation in the world for their deadly game while the country’s political leadership is still sleep-walking.

Nawaz Sharif should come out of his cocoon of complacency if he’s serious about governing Pakistan like a leader-with-a-backbone. If he doesn’t have it in him to lead the nation in adversity, he should better pack his bags and fade into oblivion. Pakistan can’t afford to have both a deadly Taliban and a dead-end Nawaz to live with. Enough is enough. It’s now or never. The time to act like real men is now.

Karamatullah K Ghori is a seasoned career diplomat, author and former ambassador of Pakistan who has had a ringside view of history. He is now based in Toronto, Canada.