Four Jaish-e-Mohammad (JeM) terrorists were killed in an encounter with the Security Forces (SFs) on November 19, 2020, at Nagrota in Jammu District, Jammu and Kashmir (J&K). Senior Superintendent of Police, Jammu District, Shridhar Patil stated, “Around 5 am some terrorists opened fire at security forces near Ban Toll Plaza in Nagrota area. They were hiding in a vehicle”. Two SF personnel suffered injuries in the operation. However, the driver fled from the spot as security personnel approached the vehicle. A large consignment of arms and ammunition, including six AK-56 rifles, five AK-47 rifles, three pistols, 16 AK magazines, a packet of RDX, 20 Chinese hand grenades, six UBGL grenades and 20 kilograms of explosive were recovered from the encounter site.

Investigations so far have revealed that the terrorists trained in ‘commando warfare’ walked nearly 30 kilometres from the JeM camp at Shakargah in Pakistan to the Samba (Jammu and Kashmir) border and then to the ‘pick-up’ point at Jatwal. There then boarded a truck (JK01AL 1055) between 2.30 and 3 am [IST] in the night and were seen crossing the Sarore toll plaza towards Jammu at 3.44 AM. The truck then moved towards Kashmir, using the Narwal bypass route. The SFs intercepted the truck around 4.45 AM at the Ban toll plaza in the Nagrota area. 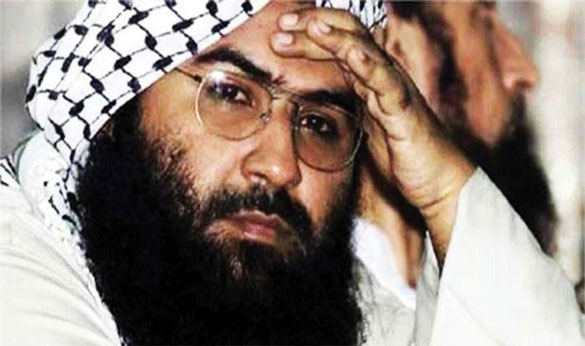 Further, it has been disclosed that Mufti Abdul Rauf Asghar, the de facto chief of the outfit at a time when his brother, Maulana Masood Azhar Alvi, the founder and chief of the outfit, is reported terminally ill, monitored the infiltration from Bhawalpur with Qari Zarar. The ‘launcher’ of the infiltrators was Kashif Jan, who handles all the JeM movements into South Kashmir, and reports directly to Mufti Rauf Asghar.

Meanwhile, an unnamed official source disclosed, “A few days ago, Abdul Rauf Asghar aka Rauf Lala was seen across the International Border in Shakargarh area of Narowal district. The area has launch pads (to push terrorists into India).” Intelligence agencies had, indeed, warned of a possible infiltration bid and a major terror attack on November 26 (coinciding with the November 26, 2008, Mumbai attacks). Reports also indicate that officials suspect that the terrorists were planning “something big” ahead of the eight-phase District Development Council (DDC) elections, which are scheduled to be held from November 28 to December 22.

The huge cache of arms, ammunition and explosive material indicate detailed planning for a major attack to destabilise the peace and security in the UT [Union Territory] of Jammu and Kashmir, in particular, to derail the ongoing democratic exercise of conduct of local District Development Council elections.

It is pertinent to recall here that the National Investigation Agency (NIA) is already investigating JeM's Nagrota Infiltration Transportation Module Case. The case pertains to an incident on January 31, 2020, when a truck carrying three freshly infiltrated Pakistani terrorists was stopped for checking by the SFs at Ban Toll Plaza, Nagrota, Jammu, on the Pathankot-Srinagar Highway at 5:00 am. While the driver Sameer Ahmad Dar and his two associates, Asif Ahmad Malik and Sartaj Mantoo, escaped taking advantage of the pre-dawn darkness, the heavily-armed Pakistani terrorists hiding inside the cargo cabin of the truck started firing at the police party grievously injuring one trooper. In the ensuing search operation launched by the security forces in the Ban forest area, the three Pakistani terrorists were killed, while the driver and his two associates were arrested. On July 27, 2020, the NIA filed the charge-sheet against six accused persons. The charge-sheet noted, inter alia,

This module was in touch with Pakistan-based Jaish-e-Mohammad handlers and launch-pad commanders who used to send the location of freshly infiltrated terrorists and also share the code-words for receiving them to driver Sameer Ahmad Dar on secure messaging apps.

Though over a month is still left, 2020 has already recorded the highest ever number of CFA violations (3,629) in a single year, since 2005, when the first incident took place. This comes on the  tail of the previous high of 3,168 in 2019. Pakistan violates the ceasefire with the objective of giving cover to terrorist infiltration, and an escalation indicates intensified efforts to this end. Available data suggests that, as compared to 140 successful infiltrations in 2019, only around 30 terrorists have managed to enter J&K from across the Border, though a large number of aborted attempts go undocumented as the terrorists fail to breach the border. Vijay Kumar, Inspector General of Police, Kashmir Range, disclosed, on September 25, 2020, that 170 to 200 militants were active in Kashmir, of which 40 were foreigners. Reports, meanwhile indicate that at least 600 terrorists were currently waiting at various launch pads across the border, to infiltrate into Indian Territory.

Worryingly, JeM succeeded in carrying out attacks in India using the same modus operandi.  For instance, on January 1-2, 2016, at least seven SF personnel were killed in an attack by JeM terrorists at an Indian Air Force frontier base at Pathankot in Punjab. The terrorists, who infiltrated from Pakistan, first killed one civilian en route to the Air Force base. The attack ended with Indian SFs killing four Pakistani terrorists.

Of the three major Pakistan-backed terror outfits operating in J&K, each of which also has a history of carrying out attacks in other parts of India – Lashkar-e-Taiba (LeT), Hizb-ul-Mujahideen (HM), and JeM – JeM has returned to prominence over last few years, with the help of the Inter-Services Intelligence (ISI). JeM is the current favorite of ISI simply because LeT has come under the increased scrutiny of the international community, particularly since the 26/11 Mumbai attack, while HM has become a depleted force.

Further, charge is abated against accused Mudassir Ahmad Khan @ MD (A-6) (since deceased)… This case pertains to a criminal conspiracy hatched by senior commanders of JeM to carry out terror attacks in different parts of India including Delhi-NCR. Investigation has established that the accused persons are members of proscribed terrorist organization JeM, who were planning to carry out terrorist attacks and also propagating the activities of JeM…

JeM is making attempts top create disturbances not only in J&K, but in the rest of India. Two JeM terrorists were arrested in the night of November 16 from Delhi. Abdul Latif and Mohammed Ashraf Khatana were arrested near the Millennium Park in Delhi’s Sarai Kale Khan. Investigators said the two were planning an attack in Delhi and had also planned to escape to Pakistan after their ‘job’ was done. Latif is a resident of Doru village in the Baramulla District of J&K, and Khatana is a resident of Hat Mulla village in Kupwara District, J&K.

The volatility at the border in J&K at this point of time is at its maximum with Pakistan’s clear intention of facilitating the infiltration of the maximum possible number of terrorists before the onset of winter.