The latest arrest in New Delhi of a suspected Islamic State operative with the recovery of 15 kg of IEDs comes a month after the 26th report of the UN’s Analytical Support and Sanction Monitoring Team, which monitors the activities of Islamic State and al Qaeda and allied terror outfits. The report mentions that the IS’s Indian affiliate (Hind Wilayah), which was announced in May 2019, “has between 180 and 200 members,” and there are “significant numbers” of operatives in Kerala and Karnataka. The report also underlines how al Qaeda in the Indian Subcontinent (AQIS) could have between 150 and 200 members from Bangladesh, India, Myanmar and Pakistan. 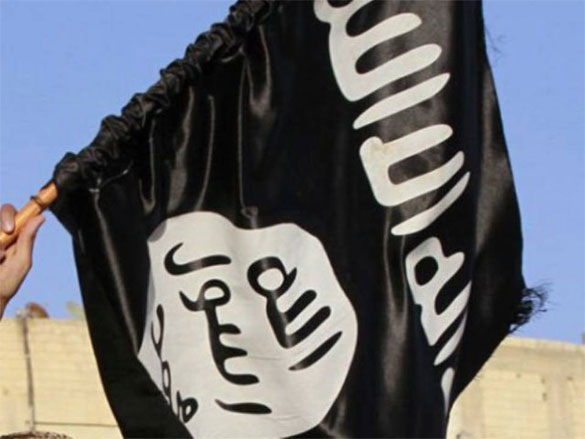 These numbers are relatively small and as a recent paper by researchers Abdul Basit and Mohammed Sinan Siyech of the S Rajaratnam School of International Studies (RSIS), Singapore, argues that even at its peak, IS “successfully recruited” hundreds of supporters and sympathisers and yet the number of Indians remained low.

The gradual shrinking of the IS, India’s “institutionalised democratic culture,” that helps register “demands and grievances,” the authors argue, may be one reason behind this. But, clearly, there are causes for concern. 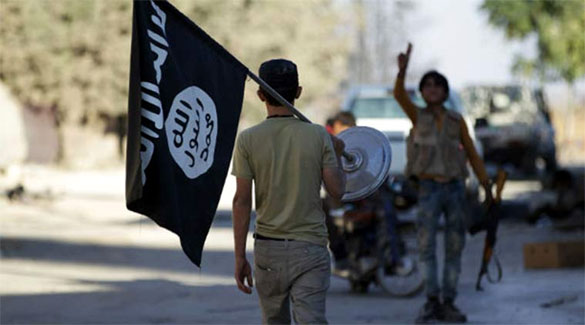 Previously, ISIS attacks in Kashmir were linked to its so-called Khorasan Province branch, which was set up in 2015 to cover “Afghanistan, Pakistan and nearby lands”. (Reuters/File)

The UN report itself comes after the Islamic State announced the formation of its Indian branch, “Wilayah of Hind”. Before this, the countries that the IS had included were Bangladesh and Sri Lanka. A few years ago, the IS magazine, Dabiq, had announced the establishment of a Caliphate in these areas. At that time, the IS was fighting its battle for survival in Iraq and its announcement did not attract much attention but the Wilayah of Hind branch is India-centric.

Now, the National Investigation Agency (NIA) has zeroed in on Kerala and some of the trouble-mongers have also been identified and arrested. Many have been extradited. Earlier this month, claiming responsibility for the Nangarhar jailbreak, the IS released photographs of 11 attackers, including recruits from Kerala. On March 25, 27 Sikhs were killed in an attack on a gurdwara in Afghanistan by terrorists. Among the terrorists was Muhammad Muhsin from the Kasaragod district of Kerala. The IS newspaper printed his picture and wrote his name as “Kunya” Abu Khalid al-Hindi.

India’s intelligence agencies were surprised when they came to know that it was the same Muhammad Muhsin who went to Malaysia in 2017. He travelled from Malaysia to the UAE in 2018 and then to Afghanistan to join the Islamic State. It was the IS that informed his father that his son was killed in an attack in Afghanistan. He was only 28 years old at the time of his death.

A month earlier in July, the NIA filed a chargesheet against 17 IS suspects who had allegedly plotted to carry “out terrorist attacks in South India, especially in Karnataka and Tamil Nadu, and for establishing Islamic Khilafat in India”.

An Expert Explains: Why it is necessary to watch the emergence of ISIS in the region

In February, the NIA conducted searches at 15 locations in Karnataka in connection with the case and said that the members, “inspired by ISIS” conducted meetings at Bengaluru and other parts of Karnataka, Tamil Nadu and “procured arms and ammunition and other incriminating material for executing their plans”.

Kerala and Karnataka are relatively prosperous states with strong social and community networks. A slew of educational institutions has mushroomed in Kerala, some of which are accused of promoting hardline faith-based teaching. Posters of these sermonisers can be seen aplenty on the roadside. Historically, Islam has deep cultural and social roots in Kerala — its people make up the largest share of the Indian diaspora in the Gulf.

A growing population of young, aspirational men and women from these states are in the Gulf and in countries in the region. Many of these countries do not have robust, democratic structures and are caught in their own ethnic and regional disputes. By flaunting the Indian connection in prominent attacks in Afghanistan, Basit and Siyech write, the IS is “trying to dispel the narrative that Indians cannot succumb to radicalisation”. The IS will also try to tap into communal fault lines. It’s this that needs to be challenged and countered.

The public policy and diplomatic challenge for India to have strong ties with the diaspora and encourage deep cultural and institutional bonds back home so that any radical element or a potential security threat is marginal and can be marginalised.

The challenge also is to strengthen the intelligence system to get early warnings and better information-sharing among nations. The law — and those whose job is to enforce it — should take a tough stand without any discrimination. The biggest need of the hour is for political parties, across the spectrum — Kerala and Karnataka are run by rival parties — not to look at this issue in terms of ideology or vote banks. Politics and power can never be placed above the nation and the future of its children. India’s message to the world has been one of unity amid diversity and it is this that should define our way forward on this challenge as well — the task is cut out.

Vijay Darda is chairman, Editorial Board of Lokmat Group.